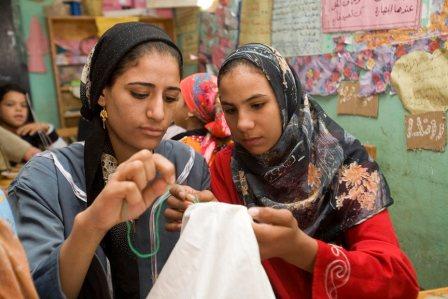 Find out how we help women earn an income 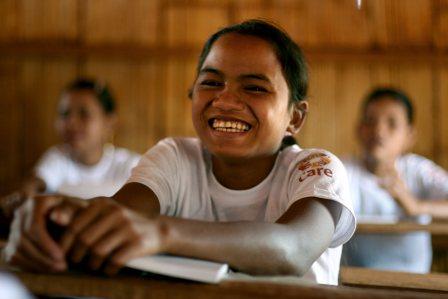 Learn how we keep girls in school 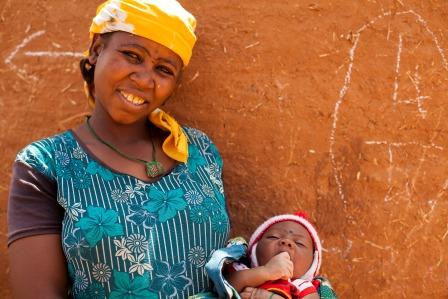 Read how we ensure a safe childbirth 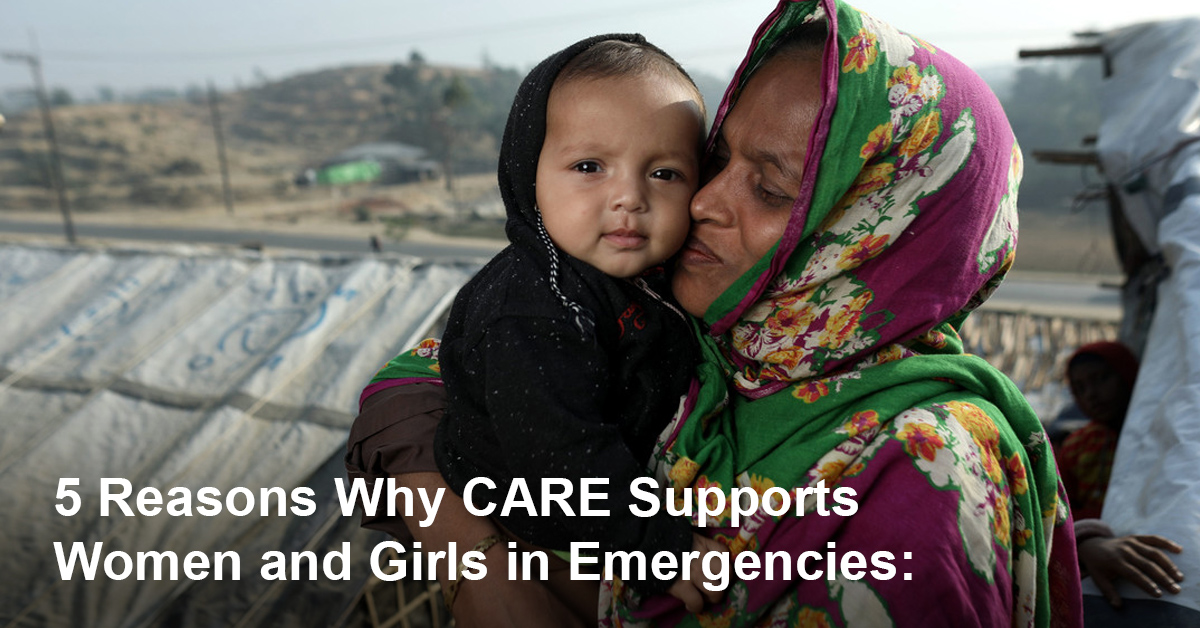 Our Focus on Women and Girls

1. It is a fact that women and girls are the most affected when emergencies hit. 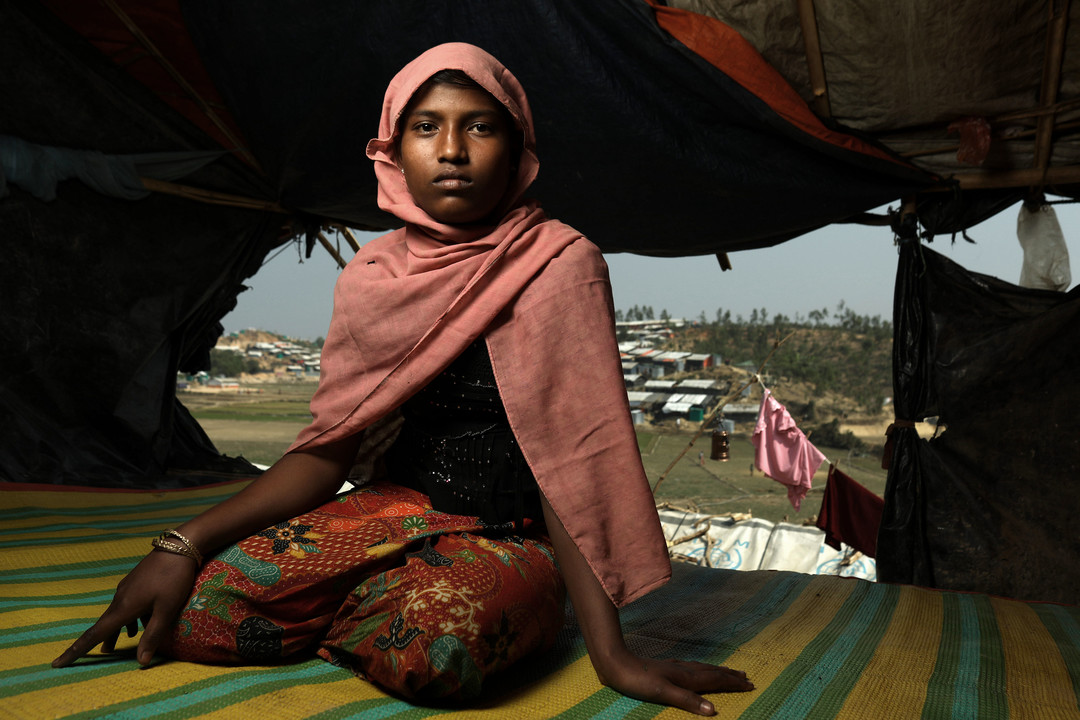 Ummee, 16, is in a camp of today more than 900,000 people, the border between Bangladesh and Myanmar. Photo @ Josh Estey/CARE

When emergencies hit, women and girls are the most and worst affected. In many countries they cannot swim or are confined to their homes because of social norms and therefore cannot easily evacuate in times of crisis. Women are often the last to eat during family meals, which makes them more vulnerable during droughts when food becomes scarce. The after-effects of an emergency take a high toll: rape, trafficking, early marriage and other forms of violence against women increase in times of conflict and natural disasters. For example, 1 in 5 refugees or displaced women in complex humanitarian settings are estimated to have experienced sexual violence. At the same time, women’s voices are often not heard when emergency aid is being planned and delivered. When emergency assessments and responses are planned by men, the specific needs of women and girls are often overlooked.

2. Conflicts and emergencies CAN open opportunities for women and girls 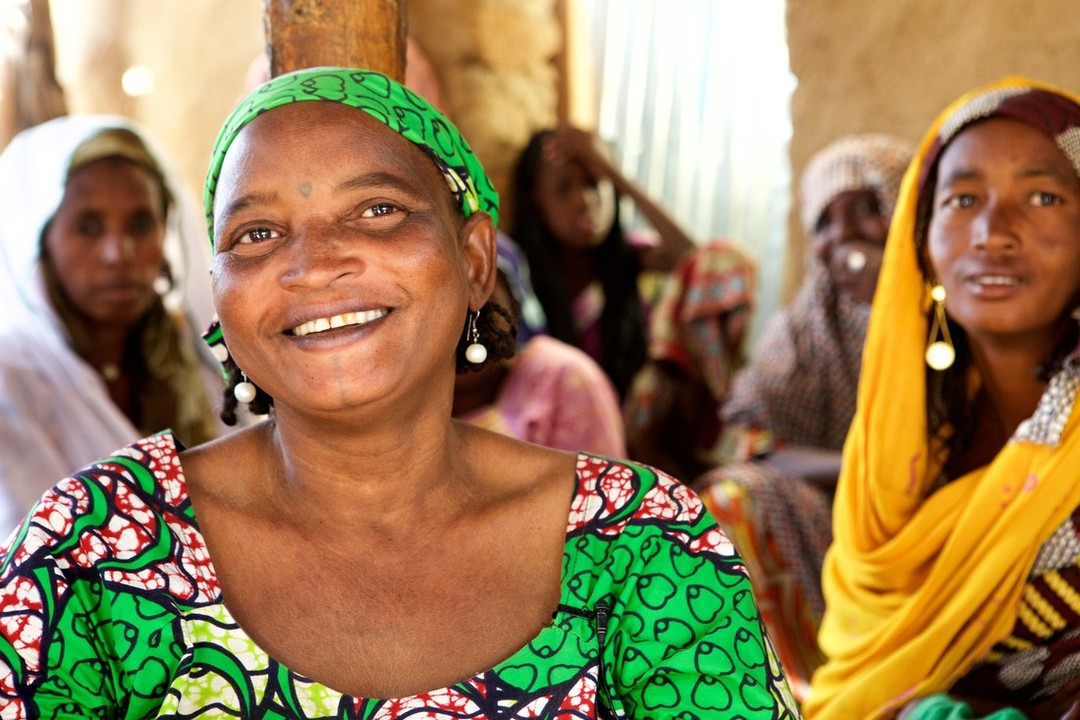 When social structures and power dynamics are disrupted, women and girls often find their voices heard for the first time in their lives. In Yemen, due to the prolonged crisis, more husbands appreciate their wives’ contributions to supporting their families and it is now more culturally acceptable for women to be employed. At the same time, when given the skills and opportunities, women play an important part in disaster prevention and response. For example, the Syria war has led to a reversal of roles between men and women, and challenged deep-rooted norms regarding the role of women in both the private and public sphere.  Before the crisis, women’s economic participation in Syria was relatively low at 22% in 2010, with some legal barriers but mainly sociocultural norms and practice limiting women’s roles and responsibilities both inside and outside the house. As a result of the upheaval, however, Syrian women and men feel that their roles and responsibilities have been reversed: while women increasingly participate in decision-making on income and expenses and assume responsibilities outside the home, men have lost their traditional role as the (sole) breadwinner and decision-maker.

Do you want to know more about how the Syria war has led to the reversal of roles between men and women? Here you can find CARE’s study “WOMEN, WORK & WAR: Syrian women and the struggle to survive five years of conflict”. Or you can read this powerful story of a woman in Syria who now makes bread to provide for her family and who, in her own words has - “broken the siege, come to the aid of myself and of my children, and supported my husband, who supported me for so long”.

3. In addition, men and boys are our allies to achieve gender equality 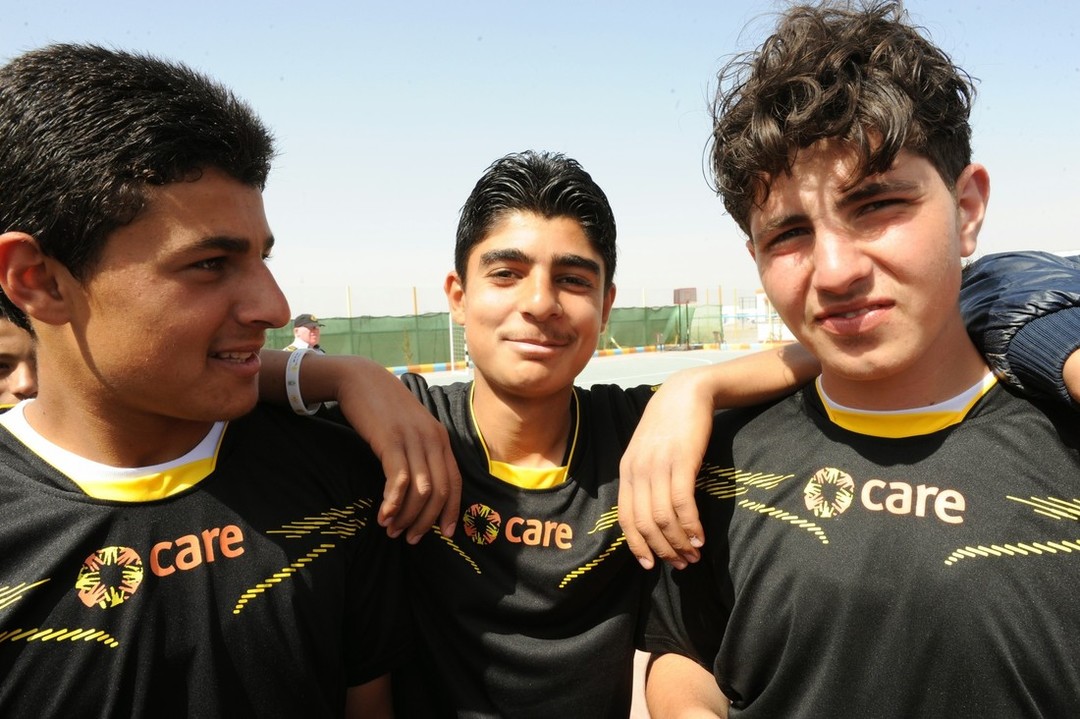 While we respond to women and girls as those most in need in times of emergency, we also address the needs of men and boys and help them to become mindful of gender equality in rebuilding homes and livelihoods after a disaster. In times of crises men are often more open to see the benefits of women working or joining CARE’s activities – and we see them as our allies in achieving gender equality.  For example, in Ethiopia, CARE worked to improve the nutritional status of children under two years of age as well as pregnant and lactating adolescent girls and women by operating through community health workers, mother-to-mother groups, agriculture extension workers, and media campaigns to educate families about behaviors that would keep their families healthier. The project achieved participation of equal numbers of men and women in maternal nutrition and infant and young child feeding education. As a result, after CARE’s intervention, joint decision-making at household level between men and women rose by nearly 30% for more than 24,000 people, demonstrating the significant impact of involving men and boys in achieving gender equality. 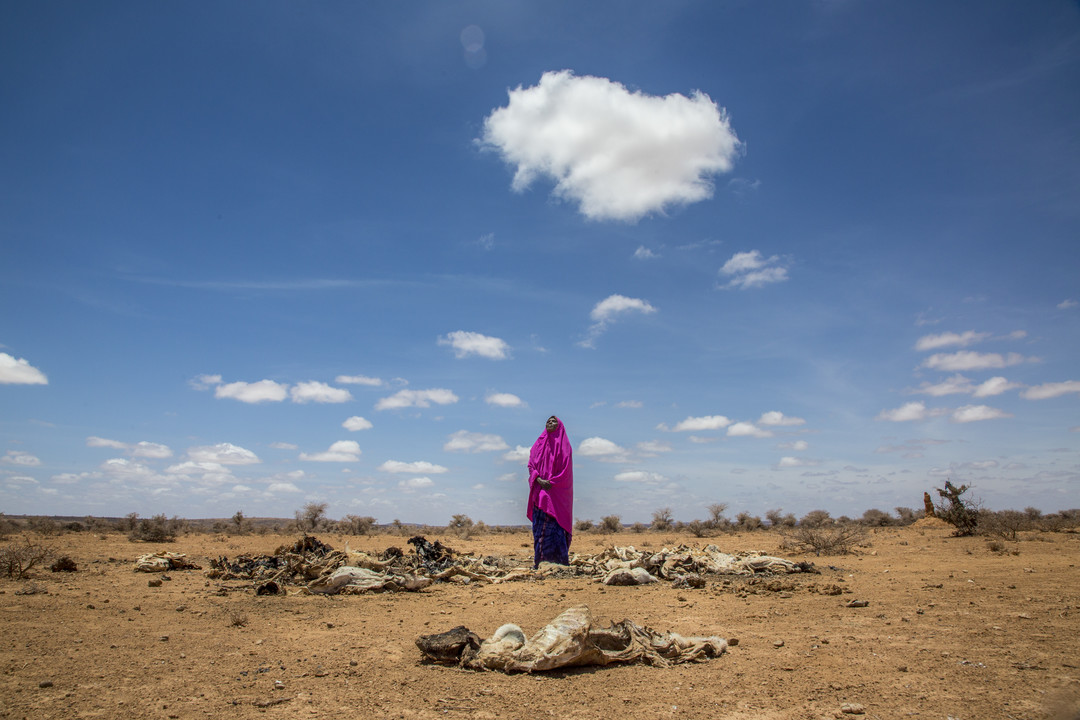 CARE’s strength lies in our connection to our long-term development programs. Given that CARE has often worked in emergency-affected countries for decades, we can link to our development programming and build on opportunities that can arise in times of conflict and disaster. Since 2013, our teams prepared Gender Action Plans in over 90% of our emergency responses, resulting in a significant improvement in CARE’s ability to impact the lives of women and girls. In Niger, Somalia and other drought affected countries, women’s active participation in our Village Savings and Loan Associations (VSLA) has helped families to save funds for times of crisis, ensuring children stay well-nourished and healthy when food becomes scarce. And after participating in peace committees and livelihood trainings in the Democratic Republic of Congo, a country ravaged by decades of conflict, women told us that violence at home has decreased as husbands started to appreciate their spouses’ contribution to the household income.

5. We have innovative tools that help us deliver tailored aid for women and girls. 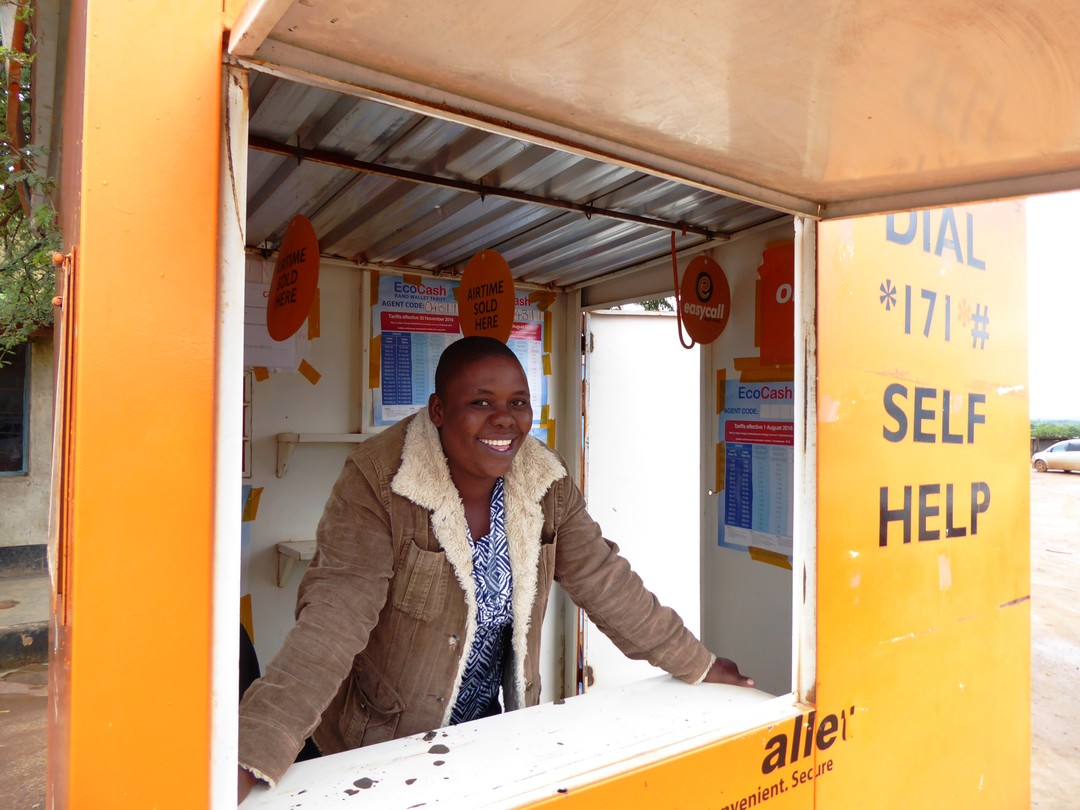 We have built our internal capacity to ensure we have the right tools and the right specialists in place. The CARE Gender Marker tool evaluates our humanitarian aid from the planning stage through to the delivery of a response; rating to what extent a project has integrated gender into the approach.  This helps us to refine and improve our aid delivery. The CARE Gender Marker grades emergency projects from 0-4 along CARE’s Gender Continuum - a scale ranging from ‘gender harmful’ to ‘gender transformative’, with the latter meaning that our emergency response has integrated gender to an extent that challenges the norms and structures that hinder women achieving gender equality. In each humanitarian response, we develop a Rapid Gender Analysis to better understand the power imbalances and social injustices in a given emergency – and to tailor our aid accordingly. During the World Humanitarian Summit, CARE pledged to triple our funding to women led groups by 2020 to enable them to engage meaningfully in humanitarian action, remaining committed to continuing our “gender transformative” approach.

Do you want to know more about CARE’s approach to Gender in Emergencies? Go to this factsheet to understand why we CARE about  gender during an emergency response and visit www.genderinpractice.care.org to find out more stats and facts!