Zimbabwe: A heavy load for a big sister to carry 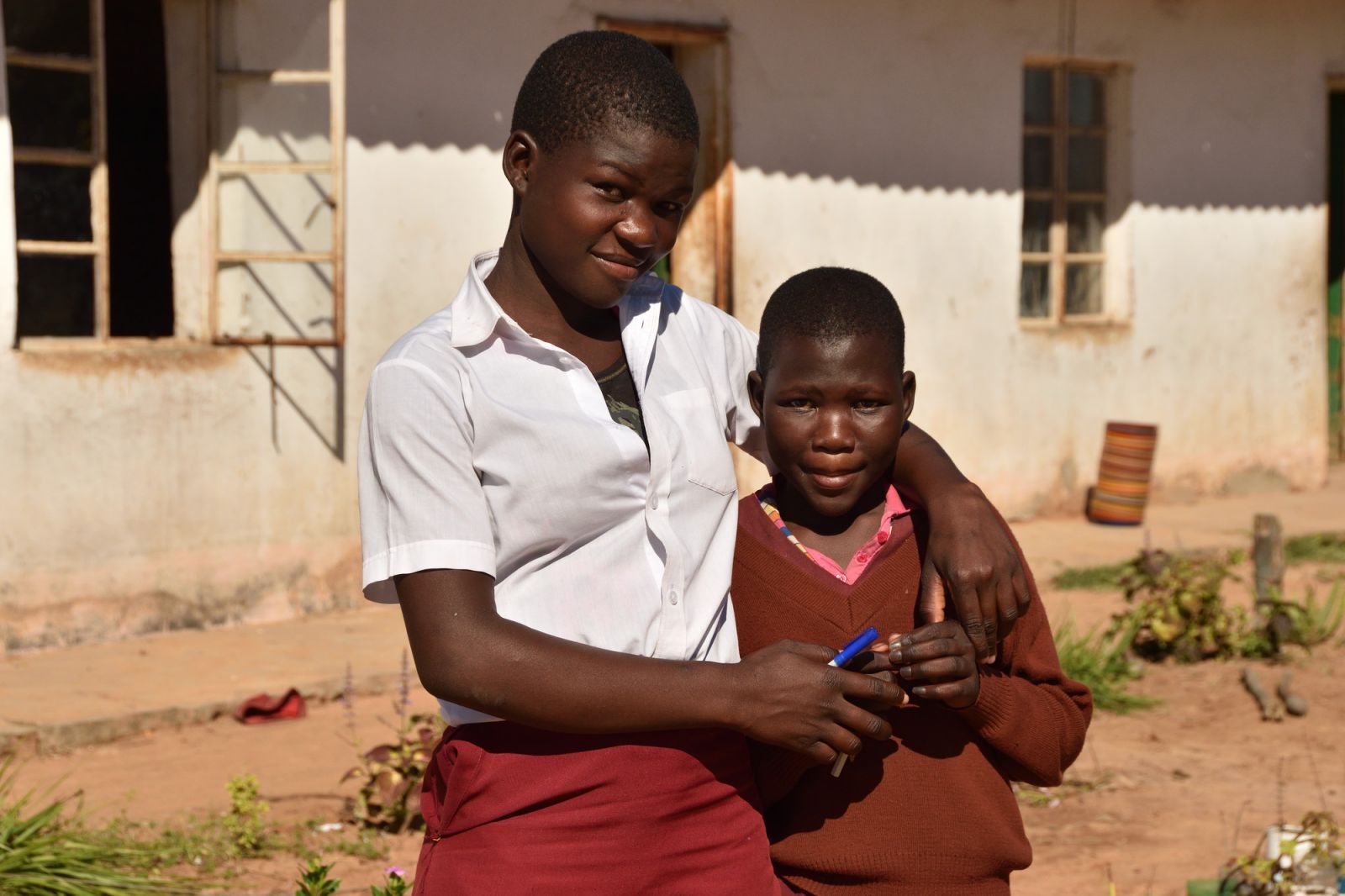 Dealing with homework, making it for school on time – typical concerns for any teenager and Pamela Chitukire, 15, is no exception.

It’s clear she loves school. She notes she is the captain of the netball team (think somewhat similar to basketball). Math and English are her favorite subjects at her school in Chivi district, southern Zimbabwe.

“I want to continue learning and go to higher levels. My wish is to become a teacher,” she says.

The conversation continues without pause as the reality behind her situation sets in. “I’m not sure if I’ll be able to continue my education since I don’t have anyone who will pay my school fees, buy my uniforms and books needed.” While her worries about school are similar to students the world over, the barriers she faces to get her homework done or keep up with her classmates are tremendous.

Her father passed away in 2009. A few years later, her mother left for South Africa to find work in 2013. She has not returned. Pamela lives with her little sister Monica, a shy, eight-year-old girl.

“I also like school,” Monica says softly as she looks down and fidgets with a pen. “I would also like to be a teacher.”

She leaves the talking to Pamela. It’s clear she thinks the world of her big sister. And for good reason.

With no parents or guardians, Pamela was forced to take on the household chores, including feeding her sister and finding water. Her day would start at four in the morning to prepare breakfast and get ready for school. Along with school supplies, she would bring a bucket. Once classes ended at 4pm, she would then head off to find a dirty well where she would get her water. Overall, the trip would take two and a half hours. She walked alone down the dusty, red clay road. Pamela was afraid of the occasional hyena that would howl in the background of this rural landscape. There are no streetlights here. Once the sun sets, it gets very dark. Imagine how dark it feels for a girl walking alone with a bucket of water on her head.

Her chores were not finished when she returned home. She would then need to fetch firewood and prepare dinner for her sister. “In most cases, we would eat food that wouldn’t be properly done because it would be late in the evening and we would be hungry,” says Pamela.

The days were exhausting. In addition to worrying about how to take care of her sister (not to mention herself), she struggled to keep up with her studies. “I wouldn’t be able to complete my homework,” says Pamela. “I would come back to school with unfinished homework and that would get me in trouble with the teachers.”

And the dirty water they collected had an impact too, particularly on Monica who would often miss school due to stomach pains. A nurse would tell them dirty water was responsible for frequent bouts of diarrhea. “It was really hard and stressful, sometimes I was forced to be absent from school. If she’s not feeling well, I could not leave her alone,” says Pamela.

A lack of clean water is a struggle for many in this province. It’s clear the impact stretches far beyond fulfilling the need to quench one’s thirst. Fortunately, thanks to the support of our donors, last October, CARE’s team restored a water borehole in Pamela’s community, bringing clean drinking water much closer for more than 500 people across five villages.

For Pamela, this isn’t just a new source of clean water, it’s time added to the day. Rather than walking more than an hour, it now takes 12 minutes from her home for clean water. She says this with the precision of someone that has clearly counted the minutes. “I’m lost for words to think of the people who assisted us in the repairing of our borehole. I thank them from the bottom of my heart because they really helped us,” says Pamela.

Today, she wakes up a little later in the morning and comes to school on time. After class, she says she can get her chores done earlier and they can take the time to cook food thoroughly. Monica’s tummy aches have ended too. “I feel better, my experience at school has improved since I’m no longer absent many days,” she says.

With no parents offering support – mom calls occasionally, but provides little help – they worry about finding food and whether local officials will be able to cover their school fees next session. Still the act of restoring a local borehole in her community has provided Pamela with an opportunity to focus her energy elsewhere.

A short walk down a path from her school, past children laughing and playing in the yard, we walk to a fenced garden, with a locked, rusted metal door. Pamela pulls the keys from her pocket, unlocks the padlock, and walks along empty rows of soil, overturned from a recent harvest and newly-planted tomatoes.

“Here at school we have nutrition garden for orphans,” she says. “I happen to be the team leader.” Together with her classmates, they grow vegetables and use the profits to buy school supplies.

“It makes me happy to be the leader because I command the respect of the other children I work with,” says Pamela. “I see this role as preparing me… I can be able to face other challenges that will come to me in the future.”

The ANCP WASH Project Goal is to have:

Increased equitable and sustainable access to and use of safe water supply, improved sanitation and improved hygienic practices among the rural population of Chivi district.

The project objectives are: