“Remember one of the worst humanitarian catastrophes in recent history? 11 years ago, a Tsunami killed over 230,000 people in Asia and Africa, and devastated large parts of Indonesia, Thailand, India and Sri Lanka. The latter country was in the middle of a bloody civil war, which had lasted almost 30 years. Sri Lanka was not a good place to be, despite the beauty of its landscape and its people.

Silvaran, whom we met on our recent visit in Kilinochi, is now 57 years old. She has lived through those hard times and, being a Tamil, she has experienced what it means to be part of a minority group. More so, as a woman she saw further discrimination and violence. Because of that marginalisation she is now involved in the fight for the rights of women to live free from violence. As part of a group of like-minded women of different ages, she wanted to engage in what she sees as a gradual shift in the Sri Lankan society. She even thought about running as a candidate for the provincial parliament, only to learn that her family was not ready to accept that. She recounts this with a laugh, saying that she hopes time will change also their acceptance, and that she can become an even stronger voice for the women of Sri Lanka.

Sri Lanka has ended its war and overcome a time of governance that did not give much room for civil society engagement. Since the national elections half a year ago, the signals go in a different direction – contributions of non-governmental and community-based organisations are being appreciated again, and the work of the women group that we visited in the North of Sri Lanka has become a bit easier. It still takes courage to stand up against gender-based repression and violence, but the mood in Silvaran’s group is good. One can feel the power and the optimism that discrimination can be overcome – including support from several men who have joined them in their work, and who are now strong advocates for gender equality. 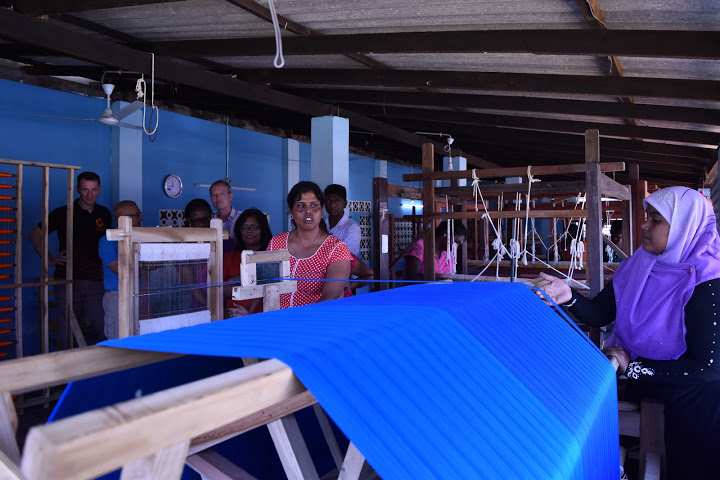 CARE Sri Lanka has chosen to focus our programs on helping bring about of a life of dignity and free from violence for all. We work with many local actors and we have made a nation-wide impact with the publication of the study “Broadening Gender: Why masculinity matters”. The study contains research on attitudes, practices and gender-based violence in four districts of Sri Lanka. At first, it did not get much attention, but the terrible rape and murder of the young Jyoti Singh Pandey in neighbouring India in 2012 prompted a debate in Sri Lankan society over gender-based violence, and CARE’s study provided evidence and raised concerns. The prime minister himself has quoted findings from the study and acknowledged that things have to change.

Safety from violence is not sufficient for young women in Sri Lanka. They need and want to work, earn income and respect. CARE supports vocational training in traditional professions, like weaving and handicraft. It might not be the most innovative sector, but one that cherishes tradition and local values, and the women have chosen this work over more ‘modern’ professions. They produce Saris and scarves designed in beautiful colours and patterns.

The next step will be to market them on a profitable basis. Again, young and old ladies work together and share experiences and joy, which makes the hard work more bearable – a heart-warming scene that we were privileged to experience during our journey, especially when considering the difficult recent history in this place.

On our visit to Sri Lanka we could not see all facets of the work that we do to empower women. One program in the east of the island addresses the situation of female workers on the tea plantations. CARE has established spaces for consultation on issues related to the workspace, which have been so successful that the tea companies themselves have asked CARE to expand the service. They have realised that safe and confident workers are better workers, and that they have to exercise their responsibility to provide a work environment conducive for young women. The same happens in the ‘hospitality sector’, in hotels and restaurants where many women are in exposed and vulnerable positions.- CARE works with hotels to raise awareness and provide protection from harassment and violence.

Sri Lanka is a natural paradise. Tourists have started coming back after six years of peace to enjoy the tranquillity and beauty of the island. We at CARE share the excitement over all the progress that can be seen –welcome good news in times where many other places get worse and dangerous.” 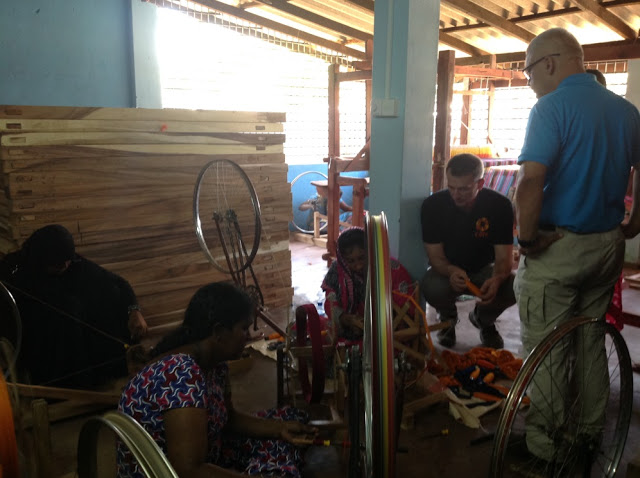