‘We need help or our children will starve’

Momade Acacio was worried when the rains changed from a steady drizzle into a heavy downpour. This was not the rainy season, he reasoned. He had heard reports of an impending cyclone on the radio but didn’t expect that much rain.

As the rains continued, heavy winds started violently shaking the roof of his house. Within minutes, the roof sank in, which was a sign enough for Acacio to start moving his family to safety. As they moved out of the house, they were greeted by knee high floods and they had to waddle to a neighbour’s compound, which was on higher ground. 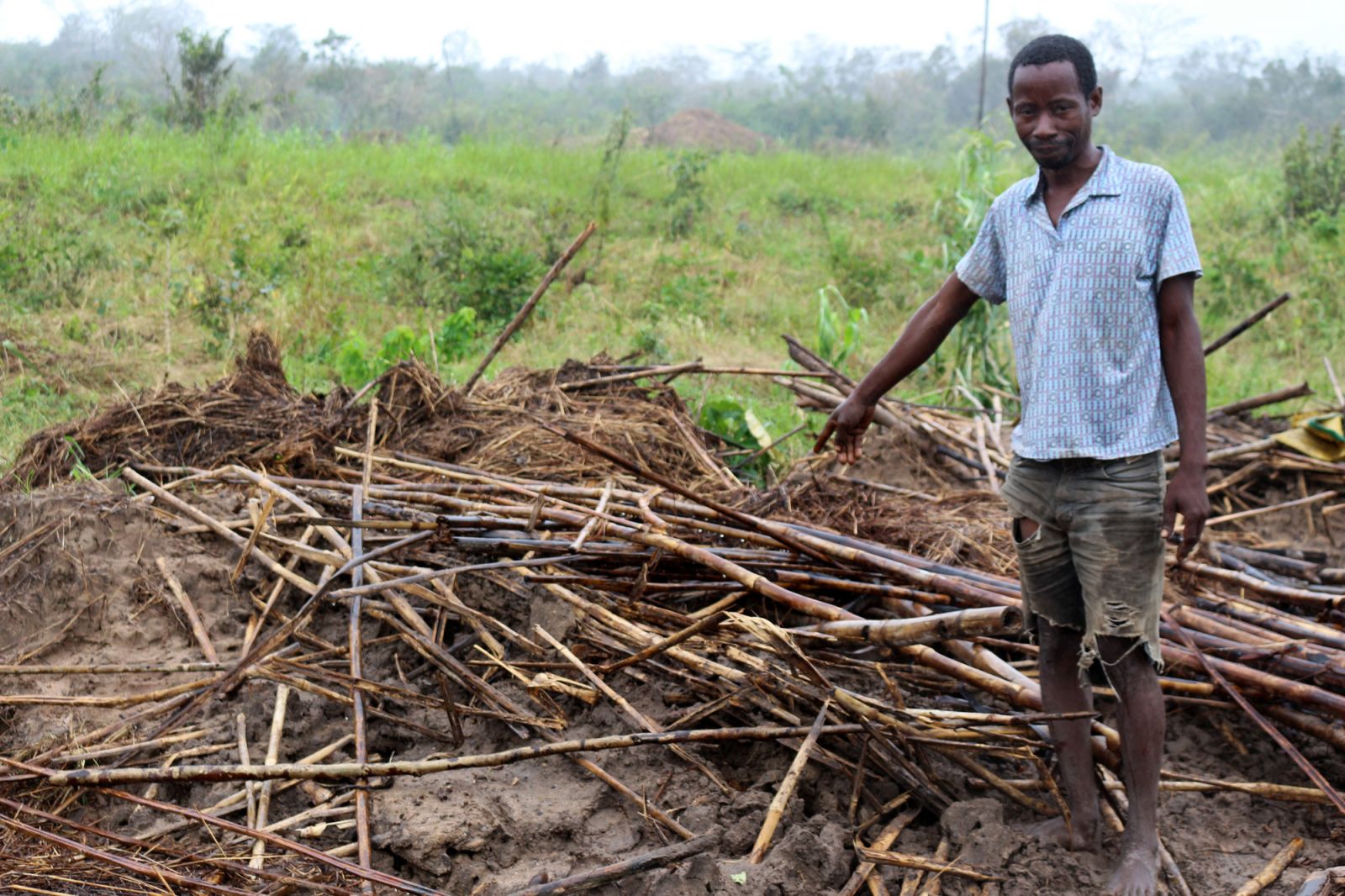 Momade Acacio from Bangala in Macomia district, Mozambique points to a rubble from his collapsed house. (Joseph Scott/CARE).

“As soon as we moved out, the whole house came crushing on the ground. If we had delayed any further, something tragic could have happened as trusses and debris were flying all over the place,” recalls Acacio from Bangala in Macomia district.

A week after Cyclone Kenneth hit Acacia’s village, torrential rains are still pummelling the area. The rains have affected Acacio’s harvest, which was about to dry in the granary. The maize has started developing moulds and the cassava is rotting. This, says Acacio, is a disaster since the next harvest – if it comes – will be another year from now.

“Even if I try to salvage the maize, I don’t have a place to keep it safe from the rains,” explains Acacia, who has now built a temporary shelter close to his collapsed house. “The cassava is gone. I don’t know how my family is going to survive until the next harvest.” 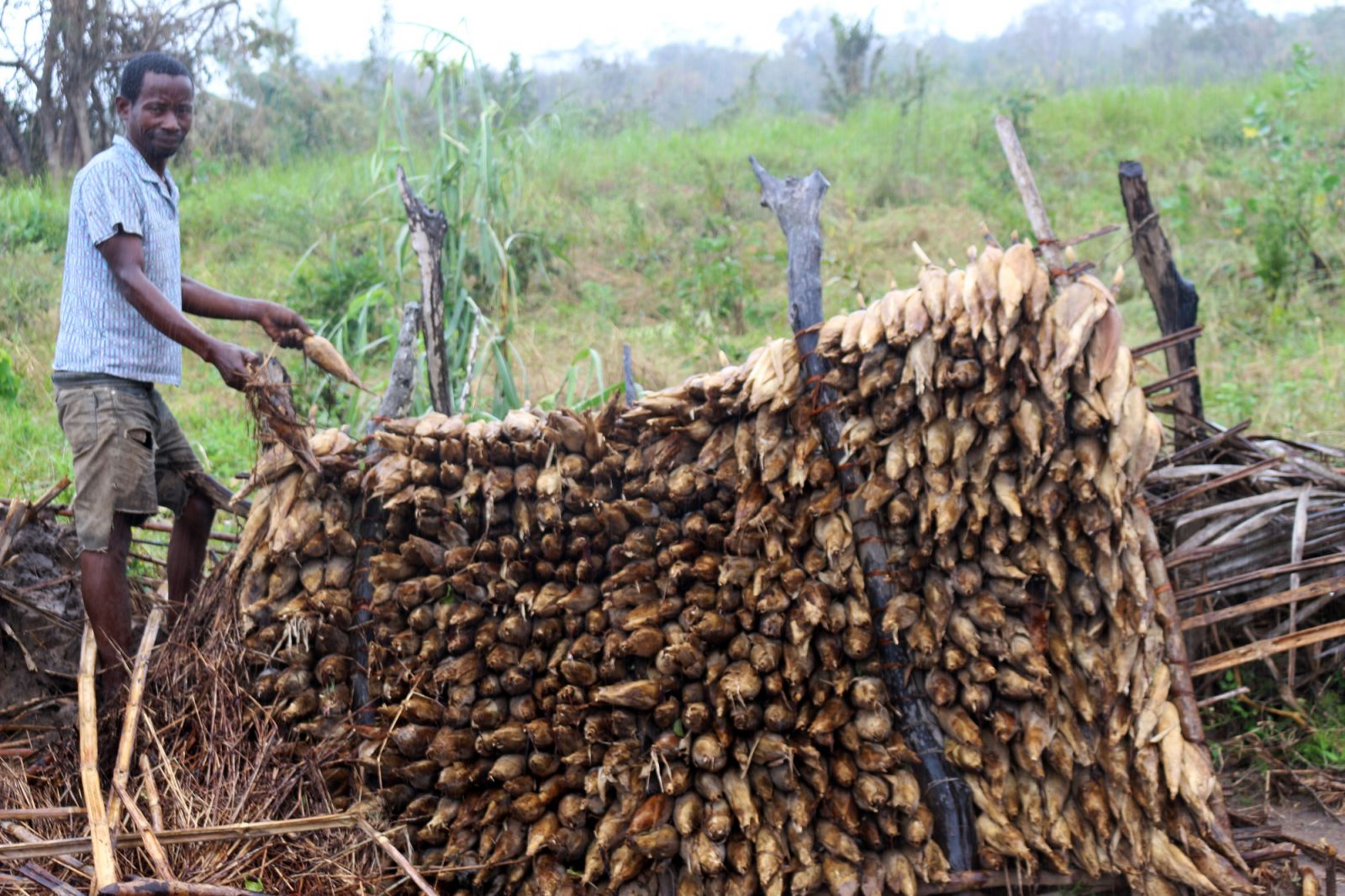 Momade Acacio from Bangala in Macomia district, Mozambique says all his maize crop has been destroyed due to excessive moisture. (Joseph Scott/CARE)

Acacio and his family are already facing food shortages. For the past week, they have cut down from three to one meal per day as they seek to save the remaining grain they have from last year’s harvest.

But Acacio thinks this strategy will not help much, “I have already sent my daughter away to my relatives as I can’t manage to feed her,” he says. “My wife has been trying to look for piece work to get money so that we buy food but she hasn’t been successful. Everyone in this village has been affected and they equally need help.”

Acacio is somehow lucky as he has relatives in living in areas not affected by the cyclone where he can send her child until the food situation improves. However, many in his community aren’t that lucky.

“My neighbour also lost all his food to floods,” says Acacio. “His children are always crying because of hunger. If we don’t get food assistance now, our children will starve.”