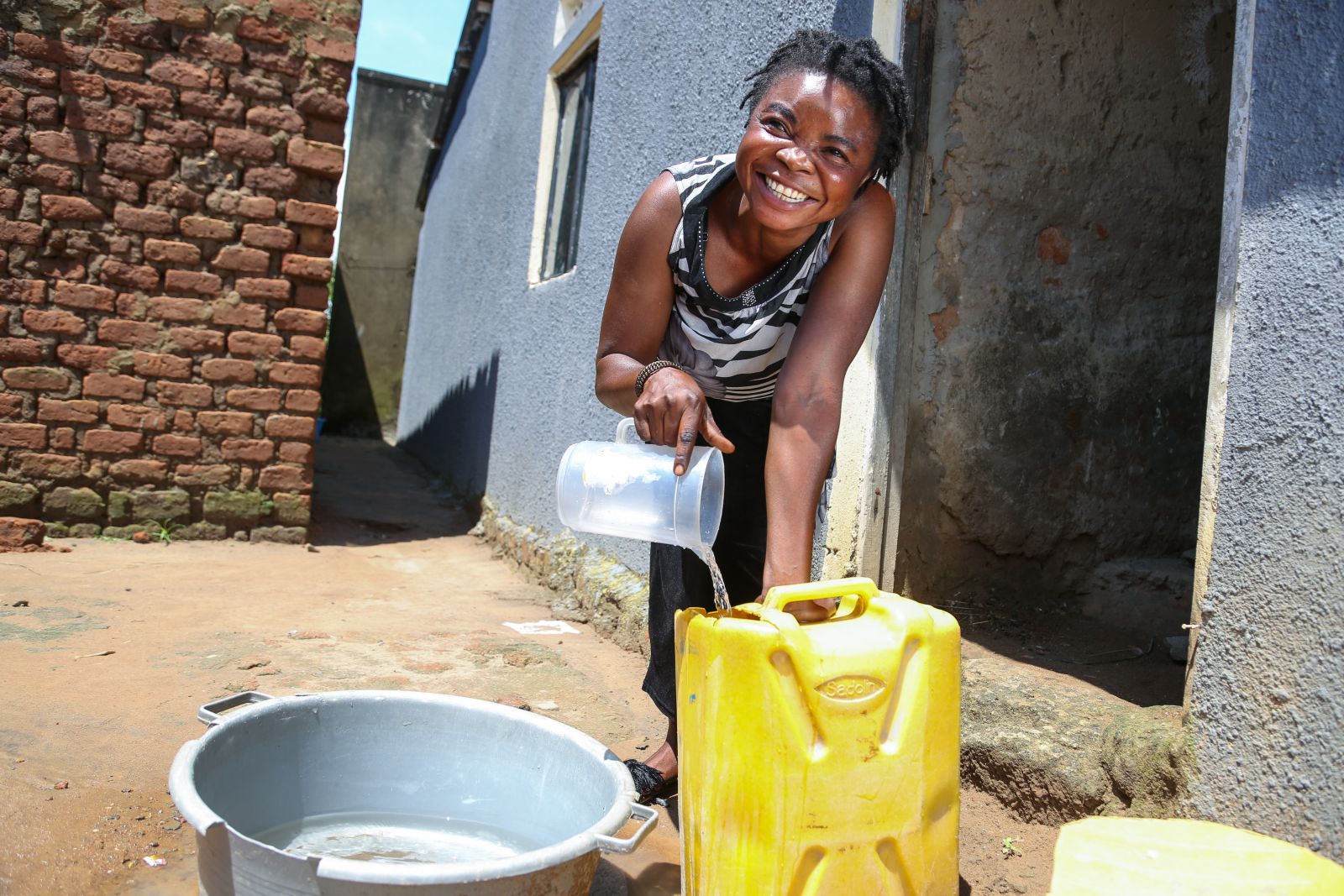 In some parts of Northern Uganda, reporting a case to the police implicating your husband is not socially acceptable thus one of the reasons why many women are undergoing gender-based violence in silence.  This was the case with forty-year-old Beatrice Asara. She was born in Arua and is currently residing in the River Oli-B cell located in Arua municipality. The mother of three was experiencing both physical and emotional abuse for over four years however was shy to report until recently when she came in contact with Community Empowerment For Rural Development (CEFORD).  CEFORD, one of CARE’s partners implementing the Women and Youth Resilience Project (WAYREP) with funding from the Austrian Development Agency, developed door to door outreaches as one of the COVID19 response and adaptation mechanisms to identify women and girls experiencing GBV.

According to Beatrice, extramarital affairs sparked off all their marriage problems.

“When I got married, we were living happily. However, after some years, I got to learn that my husband was having sexual affairs with other women. He started sleeping outside the home and could only return occasionally. I informed his relatives and they tried to talk to him however he did not listen. Six years ago, he decided to abandon me in this very house with our three children. Unfortunately, at that time, I had just given birth and had a three months old baby. At the same time, I developed a sudden illness that left one of my eyes partially blind. Therefore, my husband was the one providing for everything including buying food, buying scholastic materials for the children, and paying for this house.

Beatrice says the husband has been gradually reducing the support despite knowing that they are totally depending on him and this got worse during the outbreak of the COVID19 pandemic.

“When corona came, things were bad. He stopped buying food and would just give us a total of UGX 5,000 and that was it…..He doesn’t talk to me or want anything to do with me. I even thought of leaving the children behind but realized they would suffer. At first, I feared to report him because I thought at one time I may be forced to pay a cow as a punishment in case he was arrested after reporting him”.

“During the lockdown, I was moving door to door visiting people’s homes. I came and found Beatrice seated at the door. I Introduced myself and what we do and luckily she opened up on the first day. She told me her story and I advised her to approach the husband’s relatives to help but said they have tried many times in vain. I then informed her of another option; the child protection unit at police. However, she took her time because culturally it doesn’t look good to take your husband to the police. I decided to refer her to the caseworker who then reached out to her.” Said Comida Harriet, CEFORD Community Based Trainer.

They continued to engage her but gave her time to make her own decision. In July 2020, she couldn’t take it in anymore. Together with her eldest daughter of six years, they reported the husband to the child protection unit where he was summoned within a day and he agreed to support them.

According to Beatrice, the Police asked how he planned to commit to this support.

“He promised to pay rent which he now pays directly to the landlord; said he would be stocking food and gave us money which my daughter Feni (Betty’s second eye is currently affected thus can hardly support herself but greatly relies on her sixteen-year-old daughter Feni) used to buy and stock food items however these got finished and he has not yet stocked again. He also committed to giving us UGX 10,000 which either of my children picks daily from his garage”; said Beatrice.

She is thankful to CEFORD for supporting her look at the brighter side of life. “I don’t regret anything because I used to hear these things. My paternal uncle once told me to report but I was reluctant.  He said; if you report nothing will happen to you since you have not wronged anyone but I still kept quiet until CEFORD came in and made me understand how reluctant I have been for all these years. My desire is to see all my children educated”.

Beatrice is now thinking of how she can get money and start any business despite her sight issues to reduce her dependence burden. Meanwhile, CEFORD has so far registered 17 cases of women experiencing GBV in the same area where Beatrice stays.