Of a family consisting of seven members, only four survived

“It was 7am, the whole family was having breakfast and I was about to go out with my granddaughter,” says Nasrah, recounting what began as a seemingly ordinary day in Yemen. Only things are not ordinary in Yemen, and on that day, extraordinary events changed Nasrah’s life forever. “We heard aircraft hovering low overhead and airstrikes in the surrounding area, but that was a sound we had gotten used to. We never thought we would be a target. Then all of a sudden, we felt a violent explosion as a bomb hit part of our home. The entire house shook.” Nasrah’s tears flowed as she was describing how she lost her son, granddaughter and grandson.

“We fled the house with only the clothes on our backs. It was raining rockets, but we continued to run. We ran with my injured daughters until we reached a hospital where we stayed for several days.” Nasrah, whose hearing ability was reduced after this air strike, was taken along with the surviving members of her family to the nearest medical center in Razih. The two young girls were seriously injured and were taken to Al Jomhweri hospital in Sa’ada city. 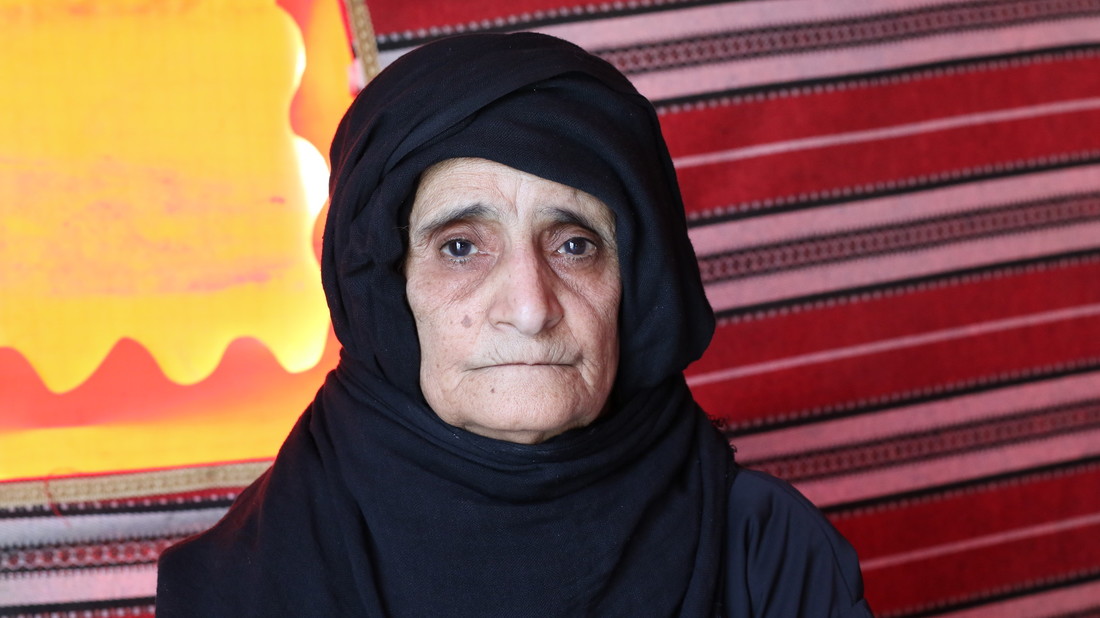 This is a common story for families from Sa’ada, a governorate in Yemen near the Saudi Arabian border that has become a frontline for airstrikes and ground-fighting. Many families from Sa’ada have fled violence several times, depleting their life savings in a sometimes futile search for safety. People have lost their homes, their family members and their livelihoods. And now they are dependent on aid.

The family decided to remain in Sa’ada city in a small rented house where some relatives were supporting them with rent and food.  But only seven months later, the conflict lines had extended to  the city and again they were forced to be on the move – they joined the travelling group of internally displaced people to Amran governorate, south of Sa’ada. “Just as we had started to feel stable, we had to flee again, but this time leaving everything behind: our village, our city and the precious people who had died.”

Amran governorate, according to the International Organization for Migration, hosts the second highest number of internally displaced people (IDPs) in Yemen. Across the country, the number of IDPs has reached over 3 million, representing more than 12 per cent of the overall pop­ulation.

Conditions for displaced families in Amran have worsened. In overcrowded collective centres, displaced women and girls suffer most from a lack of privacy, as well as threats to their safety and limited access to basic services. And since Nasrah’s family was left with only women and girls, they decided to rent a small house and today they rely mostly on aid to survive.

In spite of unspeakable pain and loss, people like Nasrah have not lost hope. They patch together the pieces of their lives the war has not ripped from them. And they are getting help to survive during this impossible time. CARE, for example, offers emergency cash assistance to families like Nasrah so that they can buy food and pay rent for the temporary homes they have found.

Nasrah told us: “The only thing which helps me survive the daily sorrow is the smile of Dawa, my granddaughter. She reminds me of her father. Her name means medicine and she is the medicine of my heart. My only hope is that she can finish her studies and have a bright future.”