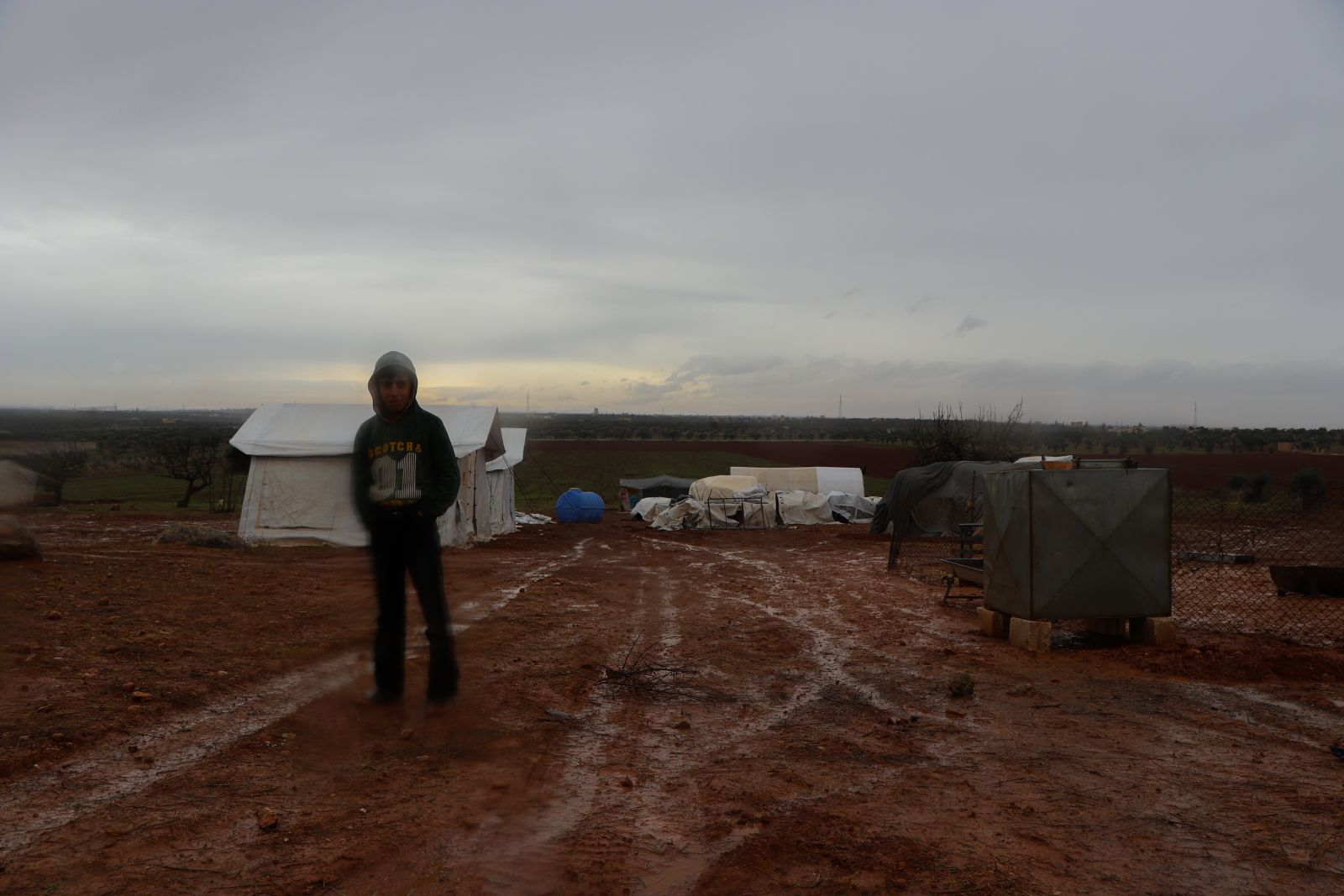 As violence has escalated in northwestern Syria over the past two weeks, CARE is deeply concerned for the safety and protection of over three million civilians in the Idlib area, over half of whom are internally displaced.

Some 300,000 people have been displaced from their homes in southern Idlib, between December 1st 2019 and January 1st 2020, moving further north away from the hostilities. At least 240,000 (80 percent) of those displaced are women and children. (Source: UNOCHA)

Here are some of their stories: 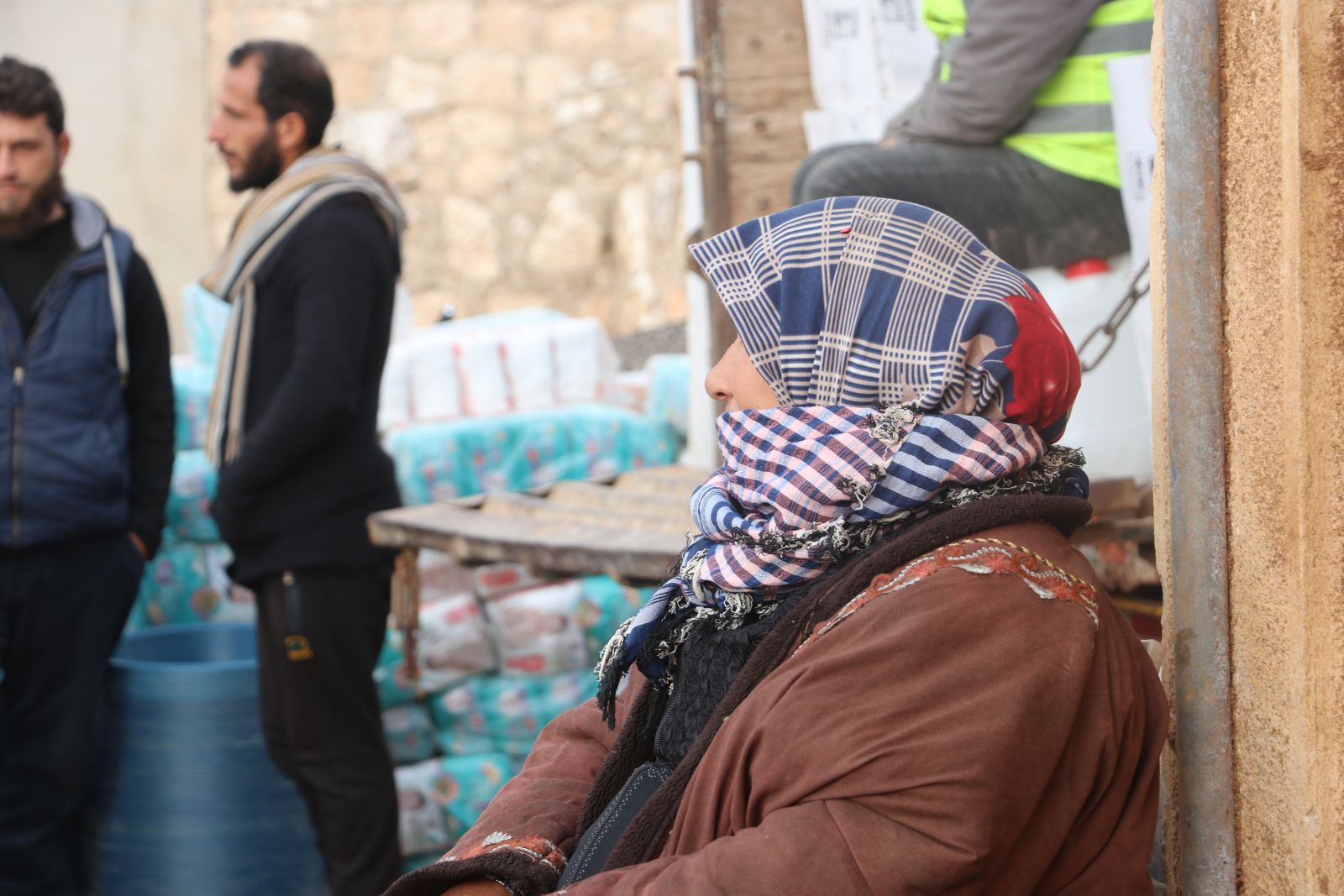 "Getting here was hard-won", Haniya, Mother of six.

“We come from a village close to Ma’arrat An-Numan. Our village has not been bombed yet, but we were terrified when the shelling became very close. I have six children – three of them are married. We had to leave our homes, work, and children under the threat of heavy bombardment. We tried to move some of our tools and diesel but did not know where we were going to settle. Our family has been separated – some of us came to the western countryside of Aleppo, while the others went to Idlib.

We have been displaced for more than a week. A car took us to a town in northern Idlib, but we did not find a place to stay in or good treatment, so we came here. There is nothing more difficult than this torturous journey; it was full of hardships. There were no cars available to transport people and we saw many people in a similar situation. We moved many times since we left our home – we did not know how or where we were going to go. Getting here was hard-won.

I did not think I would have to leave my house and I did not know what to take with me. I had some hope that we would stay, but everyone advised me to leave with everything I could carry. My two eldest sons urged me to leave as well. I could only take the necessary, but now we cannot go back to get anything. My children tried to go back in the night, but could not reach our place. The situation has caused us nothing but worry and panic. We feel defeated.

We have ended up on a deserted chicken farm. Myself, my children and their children cleaned it and settled here for the time being. I used some of the household items I managed to bring with me. I do not know what tomorrow holds for us and I can only ask God for help. I wish we could go back home.” 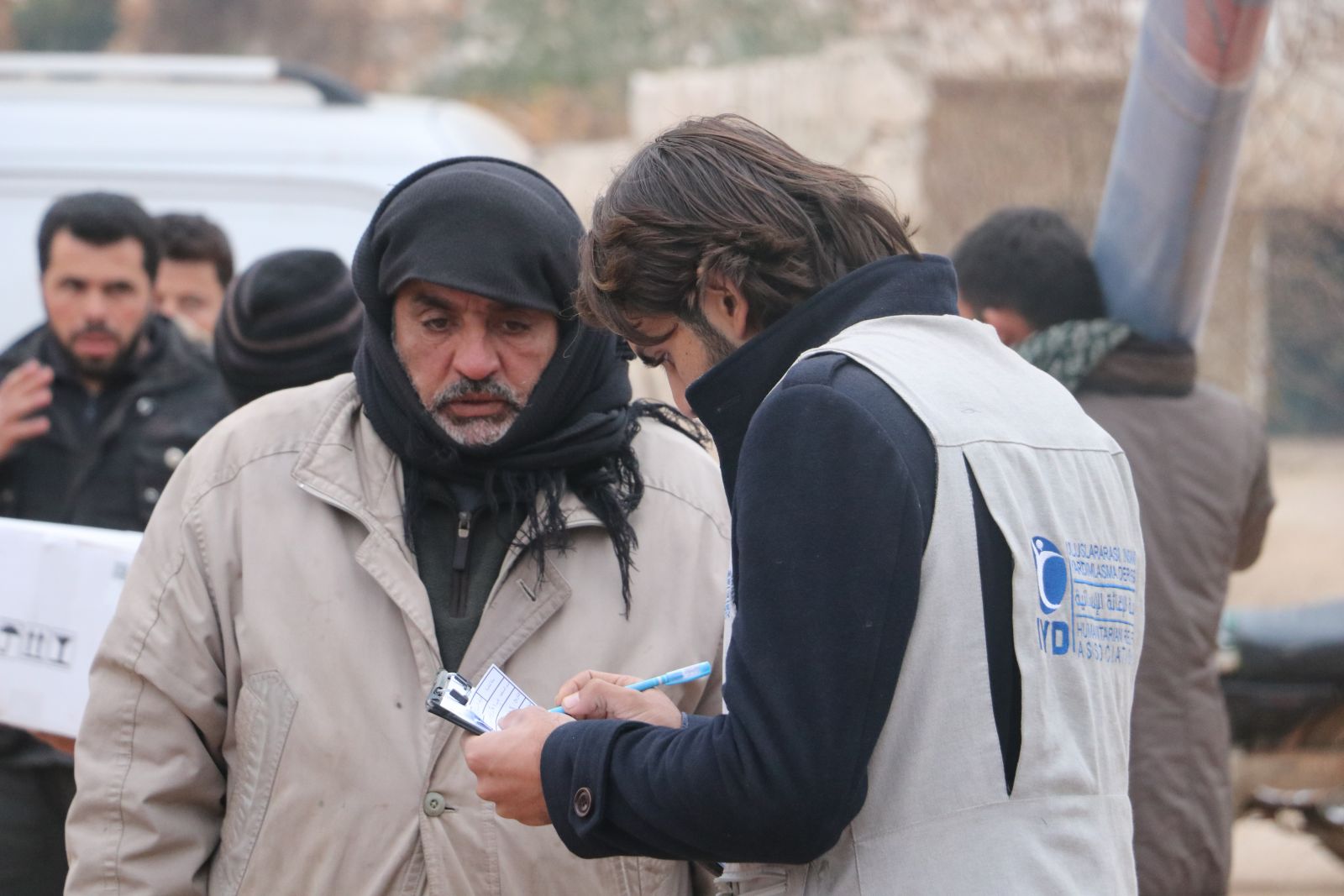 "Memories I left behind in my first home in Aleppo", Jameel, from Aleppo.

“I was displaced from Aleppo three years ago. I am the sole breadwinner in my family, which is made up of my three children, wife and sister. I lost two of my children in the city of Aleppo. I recently had to leave Idlib and came to the western countryside of Aleppo because of the heavy shelling. I left on a motorbike and carried what I could from our household items, blankets, and clothes. My family left before me; I sent them away from airstrikes and followed them the next day.

If someone stole a lighter from you, you would be upset. How about someone taking away your home and your land right before your eyes? I suffer from many illnesses and I aged in a way that I can no longer support my family, but there is no one to help.

I feel sad about the houses and memories I left behind in my first home in Aleppo and the second one in Idlib. I could only find an unfinished house, with no doors or windows to put my children in, but it does not protect us from the cold or the wind. I wish that we would have some relief and be in a better situation. I wish I could go back to my first home in Aleppo.” 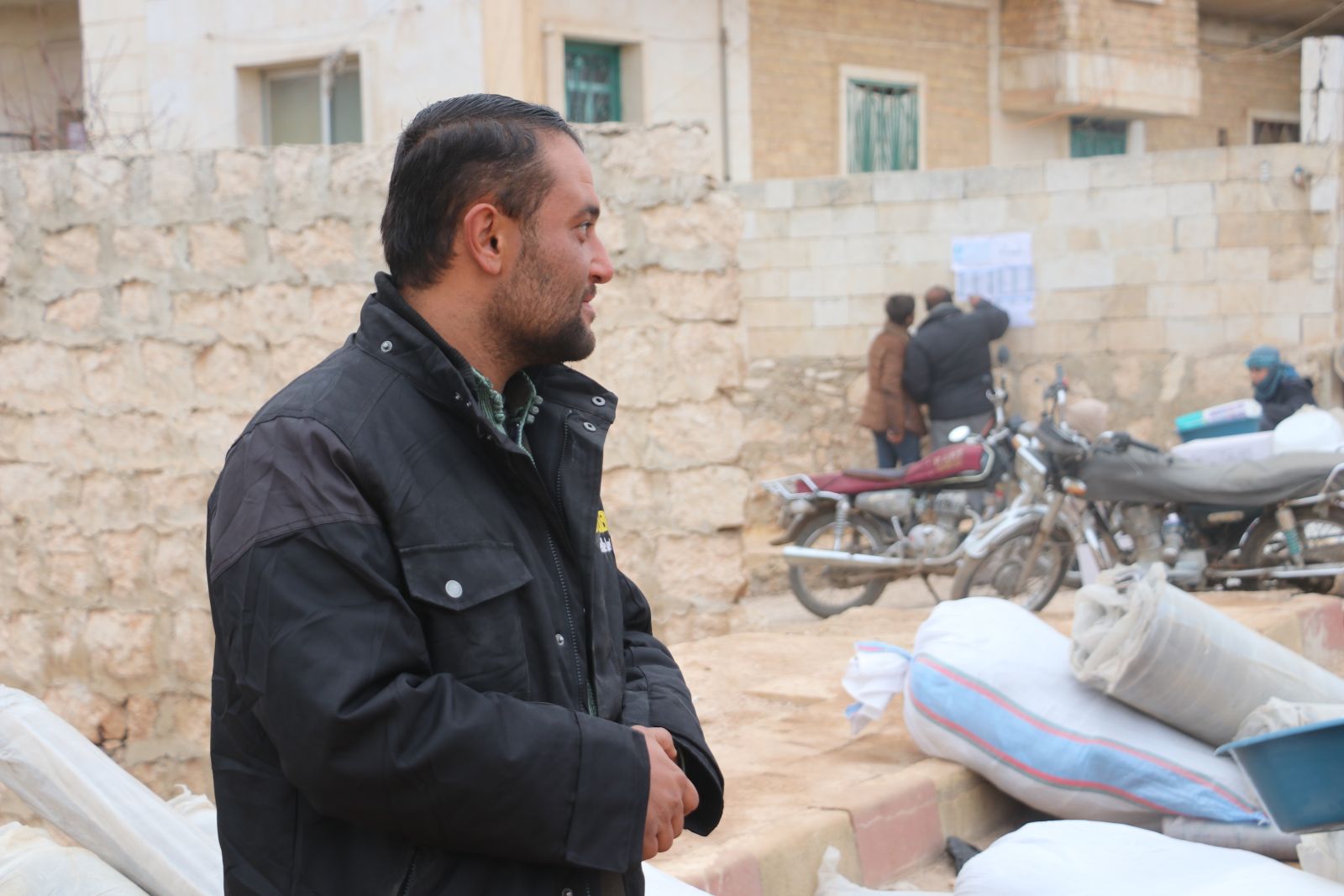 "We are waiting in this place to see what would become of us", Louay, displaced from the countryside of Ma’arrat An-Numan.

“I am from the countryside of Ma’arrat An-Numan. I am married and have three children. After a difficult night living under airstrikes and cannon fire, I decided to leave my home and save my family. I could only take some clothes and blankets. Our journey of displacement was arduous and difficult. We suffered until we found a car to leave in and a place to stay in. I gathered my family in one small car with some of our belongings and set on an unknown road to an unknown destination. We moved between cities and villages looking for a place to shelter in until we reached the western countryside of Aleppo. I spent one night in the car with my children. At last, I found a shop with a roof made of chaff. I paid the landlord 15,000 Syrian Pounds (=29 US Dollars) for rent and put down a rug that my children can sit on. We are waiting in this place to see what would become of us

We hope the violence would end and we would return to our homes. If the situation stays like this or becomes worse, my family and I would have to become displaced again and move further north, hoping that it would be safer.”