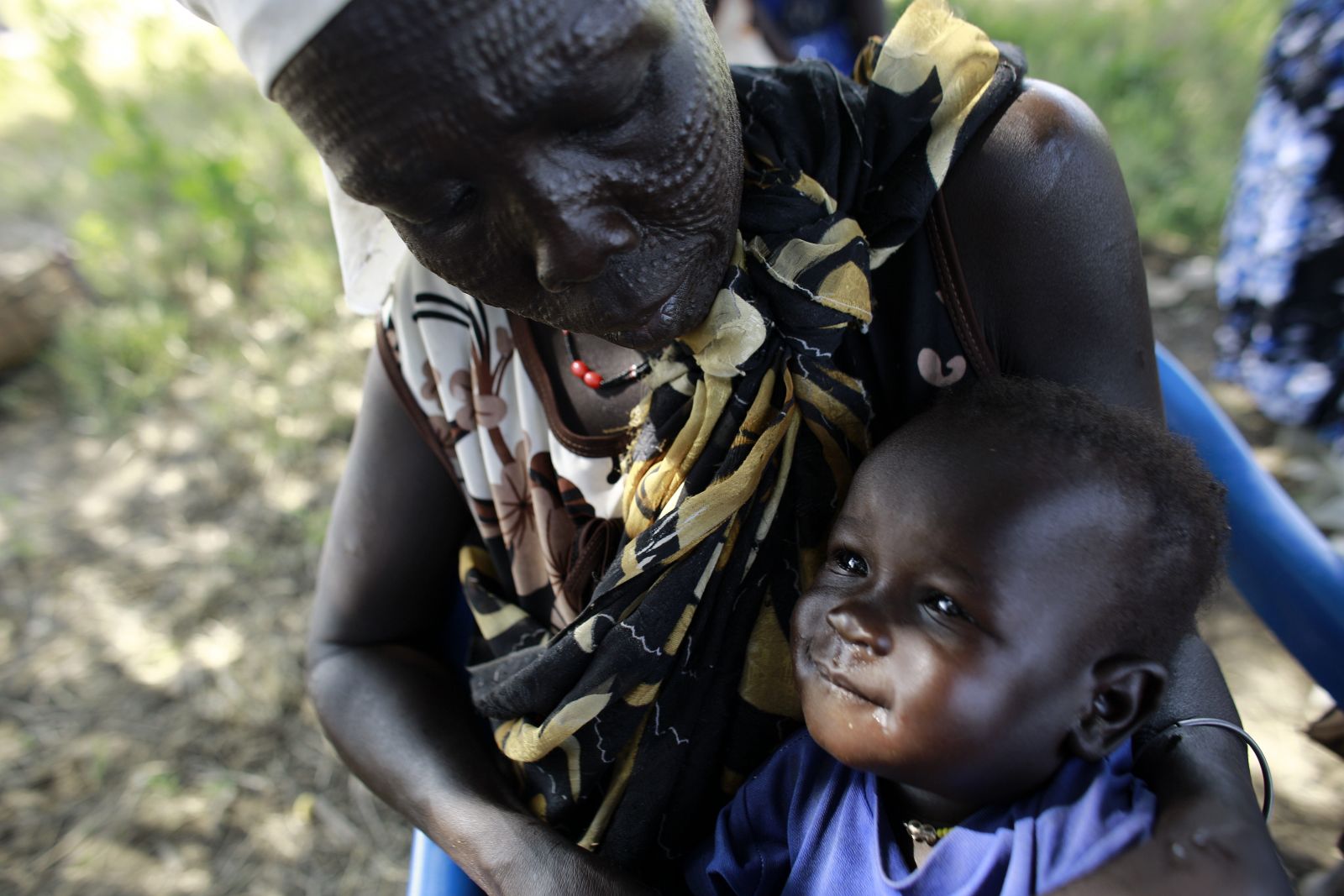 Submerged shops and ghost villages, vast displacement camps, high water levels, new shelters and displacement camps is what now make up Bentiu town. Located in the centre of Unity State, Rubkona County (Bentiu) is experiencing one of the worst environmental disasters in its history, caused by the seasonal rainfalls that have burst the banks of the river Nile, leading to wide-scale flooding that has displaced thousands of people. Approximately 140,000 people in Unity State have been displaced and, now at its peak, women and children are bearing the brunt of this climatic crisis. Even before the floods Rubkona was one of counties in Unity State that has suffered the biggest impacts as a result of the ongoing conflict and food insecurity.

With homes, property and livelihoods destroyed, the situation is dire as many go hungry or lack access to food for their families. The impact of the floods is now visible with the growing cases of malnutrition amongst, in particular, children and women. An local community elder tells me the magnitude of the floods is the first of its kind in the history of Rubkona county and that “even our fathers have never seen this kind of floods that submerged villages”, while

CARE nutrition staff are seeing the impact of the flooding in the rise in cases of malnutrition in both children under five and pregnant and lactating mothers. Every day the nutrition facilities are overwhelmed with long queues of women and babies, as the team work tirelessly to save the lives of those most in need.

One such woman is Nyaluak 42 years who was displaced by the recent floods, who told CARE staff; “we’re living in an open area; the environment is not good. Our children are always suffering from different infections. The general food ration provided is not enough for us. To supplement it, we collect water lilies from the river. The situation has forced us to get water lilies in the deep waters which is difficult, we stay 4-5 hours in the water. While collecting the water lilies we risk being bitten by snakes - many women have been beaten by snakes.”

Nyaruot Juoy, a mother of seven, was displaced from her village in Nyaldieu, now she lives in a displacement camp in Bentiu. “Previously we had cattle in our village, we used to give cow’s milk which is not the case now. All the cattle died that’s why the children are malnourished. Life is difficult in the camp, we need support with food and non-food items like plastic sheets, we don’t have shelter and no money. We used to depend on livestock but they were all washed away” To provide for her family Nyarout fetches firewood which she says affects the child since they go too far in search of the firewood while the baby is left behind without being able to breastfeed.

CARE and partners are working around the clock to serve those who have been displaced like Nyaluak and Nyarout Juoy; providing nutrition support to combat rising levels of malnutrition. With support from our partners UNICEF/WFP CARE is Implementing Emergency Nutrition projects in Rubkona county (Bentiu) in 9 payams supporting children under five as well as pregnant and lactating mothers.

But these most recent floods are stretching the existing humanitarian response to the brink. As malnutrition cases soar the efforts have to be doubled to meet the new demand. Despite the increasing needs, there is limited funding, to respond to this crisis and support the most vulnerable. Urgent funding is needed to avoid a catastrophe. Right now, humanitarian assistance is one of the only mechanisms keeping thousands of people from succumbing to the worst outcomes: malnutrition and death.