“Nobody dies because of hunger” 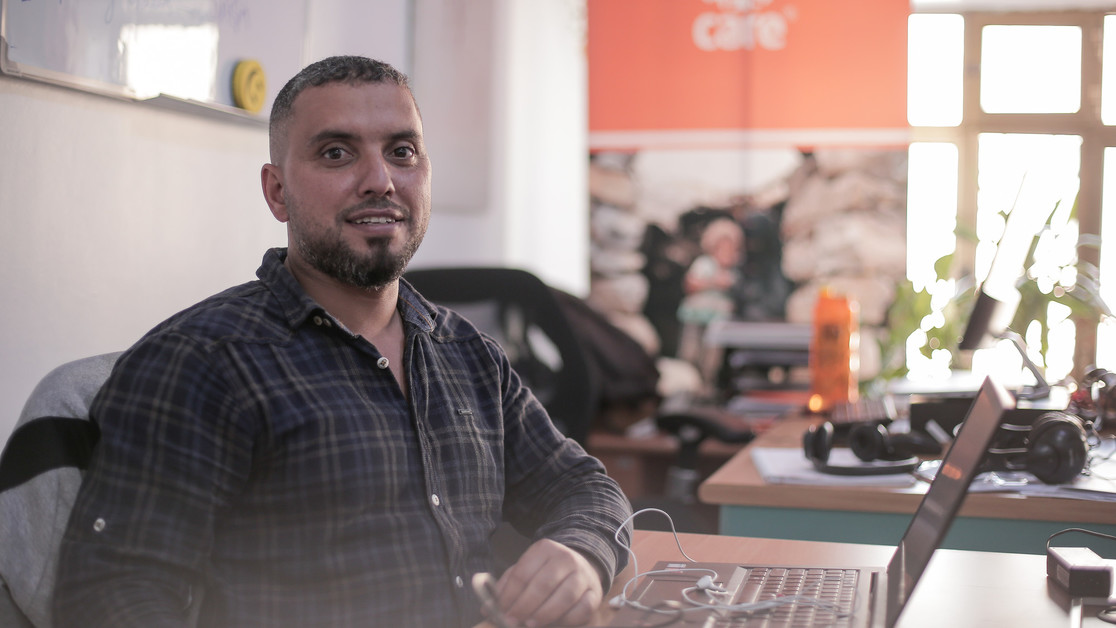 Written by Ammar Al-Hajj, Area Communications Assistant with CARE International in Yemen based in Amran.​

Since I was a child, I have always heard the common Yemeni proverbial expression –  “nobody dies because of hunger”. But as the war has lengthened in my home country Yemen, the common proverb is no longer applicable. Many lives are in the brink of hunger due to the lack of having enough food for the day and many children, particularly in rural areas, have suffered from malnutrition and preventable diseases.

Yemen remains the world’s largest humanitarian crisis and aid operation in the world and is also one of the countries with the highest levels of people living on the brink of famine as shown in the Global Network Against Food Crises (GNAFC) 2021 Global Report on Food Crises released on 5th May.

The main driver causing this humanitarian and hunger crisis is the brutal armed conflict that escalated six years ago. It has killed and injured tens of thousands of civilians, causing immense suffering for the Yemeni people.  The economy and the currency continue to collapse as foreign reserves have been depleted and the government has been unable to subsidize food and other commodities for which Yemen is 90 percent import-reliant.

At the end of 2019, I joined CARE Yemen as a communications Assistant as an opportunity to meet people, hear from them, document their stories, and communicate their suffering and hopes to the world.

Millions of people struggle to put food on the table

Food insecurity and malnutrition are the main drivers behind the number of people in need. 16.2 million people will go hungry this year. This includes 5 million people facing emergency conditions and nearly 50,000 who were already experiencing catastrophe conditions. Over 2.25 million cases of children aged 0 to 59 months, and more than a million pregnant and lactating women are projected to suffer from acute malnutrition in the course of 2021.

I still recall the time prior to the war, generous people used to give away either food or money to the needy, especially during Eid times. Though life was simple, the number of people in need was not high and generous people, who always used to support,  knew which families in their neighbourhoods were most vulnerable and came together to help them out during Eid and Ramadan.

As the conflict continues, people's access to basic services have dramatically reduced. The economy has shrunk by half, and more than 80 percent of Yemenis now live below the poverty line. This collapse is most visible in loss of income, depreciation of the Yemeni rial (YER), loss of government revenue, commercial import restrictions and rising commodity prices. Many households have lost their primary source of income and can no longer provide enough food for their families. The middle class who used to help out the needy has faded away as the war continues.

Through my work, I have come across many stories of hunger. I still remember one of the residents in Amran telling me: “My family and I have just one meal a day. Sometimes we just eat bread with pepper to satisfy our hunger and sometimes my children sleep crying of hunger.” His son is stunted and needs urgent nutrition support to grow normally and stay healthy. This is one of many heartbreaking stories that I encounter on a regular basis.  Hearing these different stories always makes me take a deep breath and reflect on the importance of providing urgent support to the Yemeni people as well as the importance of stopping the war.

In 2021 the situation is only expected to deteriorate further, and the severity of needs is expected to increase unless there is conflict de-escalation and an improvement in the economy. On 20th April my organisation - CARE International - alongside over 260 other civil society and aid organisations, signed an open letter plea to wealthy donor nations begging for more funding to tackle this looming hunger pandemic and warning that this is the last chance to stop millions of people in countries like Yemen from dying of starvation.

But the Yemeni people are still resilient and hope for a better future even while living amidst the world's worst humanitarian crisis. I personally hope the war will end soon, and that people can find sources of income to provide the essentials for their families, and that nobody dies because of hunger. And that once again we can go back to saying that, especially in the 21st Century, “no one dies of hunger”.