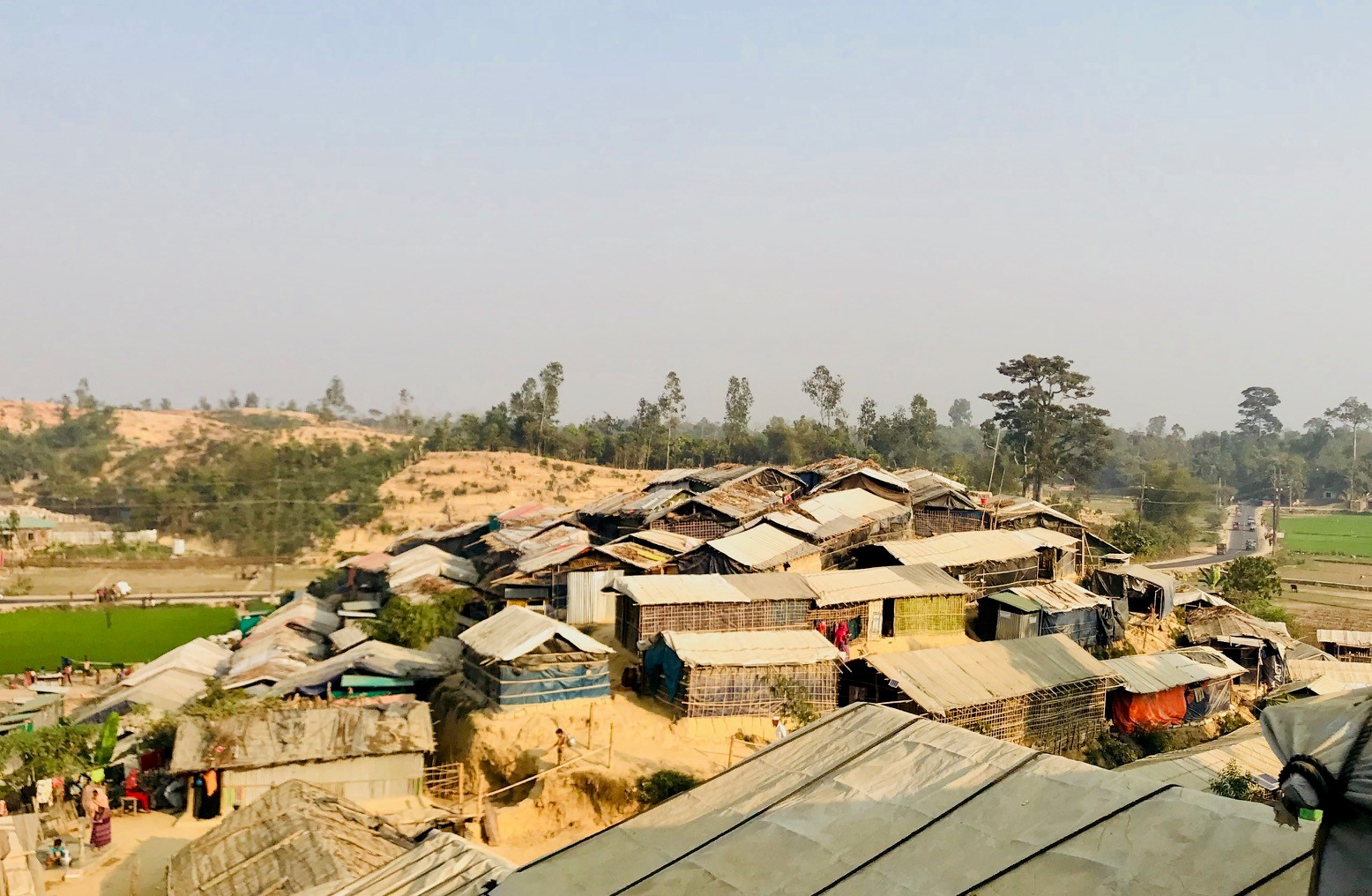 A week ago I was in Cox’s Bazar refugee camp in Bangladesh walking up hills of exposed sandy soil covered by endless bamboo and plastic huts that over 800,000 refugees from Myanmar now call home.  This camp has been referred to as one of the densest in the world and is certainly the densest I have ever seen. And I have seen many refugee camps and settlements during my over 20 years working in humanitarian crises around the world.

Seven months have now passed since the influx started and while so much has been done by the Government of Bangladesh, CARE and other humanitarian organizations enormous challenges lie ahead.   As April approaches a crisis within a crises is rapidly approaching – the monsoon season in Bangladesh is starting next month. Until October heavy rainfalls will make the lives of the refugees even more difficult with up to 20-30 inches of rainfall in a month. Homes are balanced precariously on fragile land, many on the edge of unstable hillsides, further destabilised by recent deforestation to make way for the settlement.   According to the United Nations over 100,000 people are at risk of their homes being washed away, and many more are at risk of landslides or an outbreak from water borne diseases as latrines become flooded and overflow and drinking water becomes contaminated.

The homes are being strengthened – more poles being provided, more tarpaulins, community preparedness is being discussed, a few hundred families have been relocated. But this is not enough.  CARE and other agencies are requesting more land, land less hilly, less at risk of collapse under torrents of rain.   However time is running out – if homes are not moved – people risk again having to quickly pack up their few belongings and leave their homes as the rain starts.     During my visit I spoke to women who were already deeply traumatised, I listened to harrowing tales of women who had been raped, whose children have been killed in front of them, whose husbands were missing or killed, whose homes had been burnt to the ground, who had walked over 16 days to reach Bangladesh. All were anxious about their future, about their children’s future.  Amina*, a young woman in the camp, shared that she had lost all her possessions, her home, her cattle, and her livelihood three times, three times she had fled from Myanmar to Bangladesh following repeated violence in her village.   When I asked her what she would like me to share when I reach home she said “we want a solution’”.

Learn more about our work in Bangladesh and Myanmar.