Changing within to create change outside

If you want to change the world, start with yourself first. This saying particularly holds true when it comes to changing gender norms. Especially in a conservative, patriarchal culture such as the one in Ebinat, a small town in the Amhara region of northern Ethiopia.

Tadfie Addise is the Head of the Women and Children Affair Office in Ebinat and knows of the difficulties women face in her district all too well. “Just a few years ago, it was impossible to think of women in leadership positions. In fact, women had no place at the decision-making tables in their communities. They were severely undermined. Female-dominating sectors, such as tourism or communications, were underpaid and there was a serious need to challenge male attitudes,” she says.

When she started working for the District Office in 1998, her goal was to bring women and children to the forefront in all government sectors, including health, education and agriculture. She was set on creating awareness on women and children’s rights, providing protection, and overcoming negative attitudes and harmful practices. But she soon realized that in order to create this change, she had to start in her own office. “The District Office itself was dominated by men. We had very little resources and technical knowledge on how to create change and provide support to women in the communities,” Tadfie says. 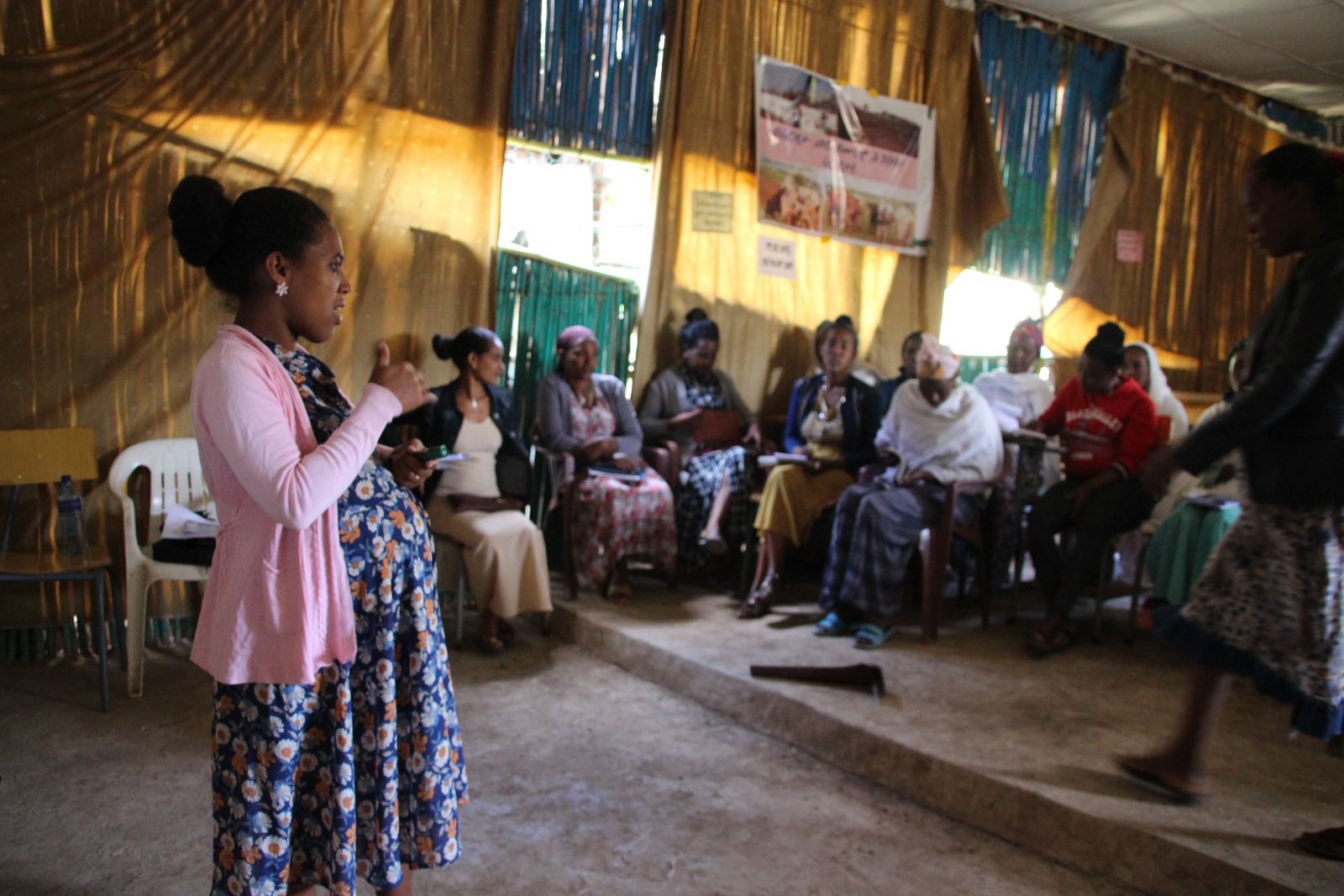 CARE helped fill this gap with its Learning for Change program. The project supports civil society organizations and government institutions promote and advance gender equality efforts in East Africa. This includes training staff in gender equality, organizational development, psychosocial support, and many more. “Through the trainings and support we received, we were able to shift attitudes in our own office and the wider community. Many of us previously thought that poor people could not save much money but we proved them wrong with the creation of village savings and loans associations. People thought women were too weak to lead but now we have two female Government Administrators. With the right support and demonstrated performance, we were able to change things for the better,” Tadfie says.

This change is particularly striking for women in the communities. Tadegie is a farmer who took part in a recent Women Leadership Training Tadfie conducted for small-scale female business owners in Ebinat District. “The skills I gained from this training will help me, my children and my community. I learned what the qualities of good leadership are, how to problem-solve and how to engage community members in important decisions,” she says.

“Every step brings us closer to achieving gender equality,” Tadfie says. “I will continue to fight for women and children for as long as I will live.”