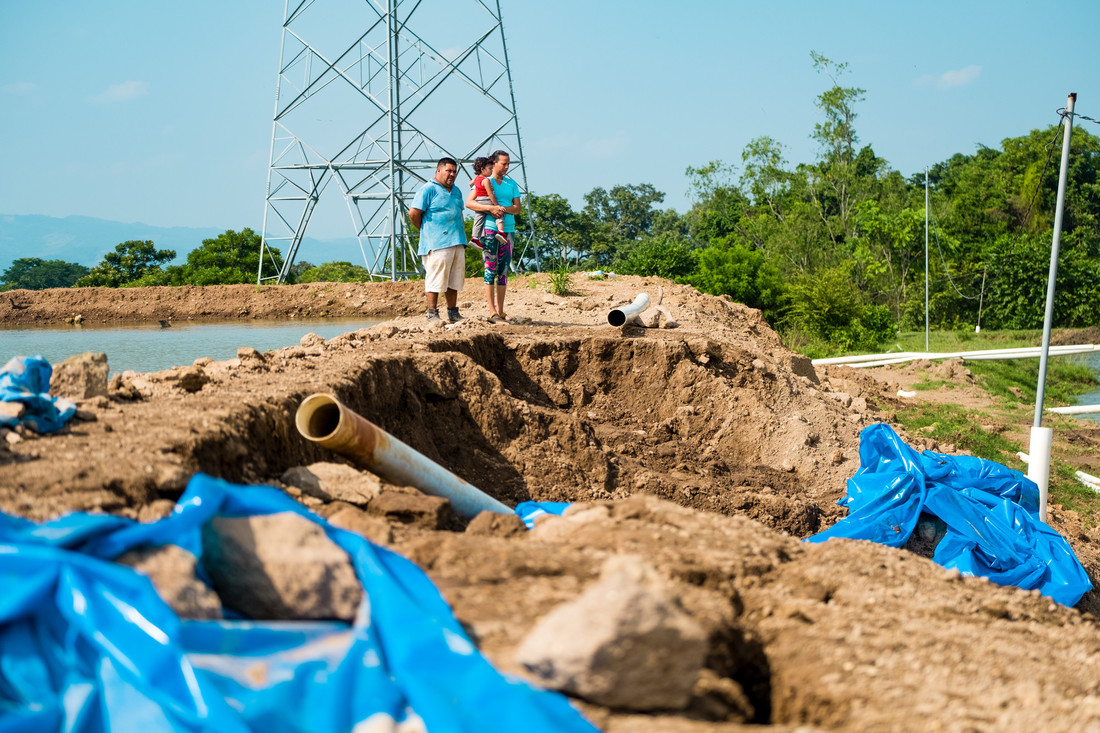 Photo: Magdalena and her family survey the damage to their fishery following Hurricane Eta in November, 2020.©CARE 2020

Tegucigalpa, Honduras, 20 November 2020 - As one third from of the population of Honduras reels from the immediate and devastating impacts of tropical storms Eta and Iota, the long-term effects on the country’s economy, crop production and small-scale producers could be even more devastating.

Over 3.3 million people across Honduras have now been affected by the back-to-back tropical storms over the past weeks. Nearly 450,000 thousand people have been displaced from their homes as a result of the 2 storms and need urgent humanitarian assistance.

“hurricane Iota which comes just 13 days after Eta, has affected hundreds of thousands of the exact same people already struggling to recover from this first terrible storm, and 69 communities are still isolated and yet to receive any support. Hundreds of thousands of people are now facing double destruction.”

She adds; “In the 6 shelters where CARE and partners were already providing support after Eta we have seen occupancy double in the past few days as a result of Iota and services are at severe risk of being overwhelmed by the sheer number of people in need. Over 100,000 people are now living in temporary shelters, in often cramped conditions without access to basic necessities like food, clean water and protection services, particularly on gender-based violence.”

While the destruction wreaked by Eta and Iota poses huge immediate risks, even more worrying are the long-term impacts these storms will have on a country already suffering with a food crisis, economic downturn and the COVID-19 pandemic. 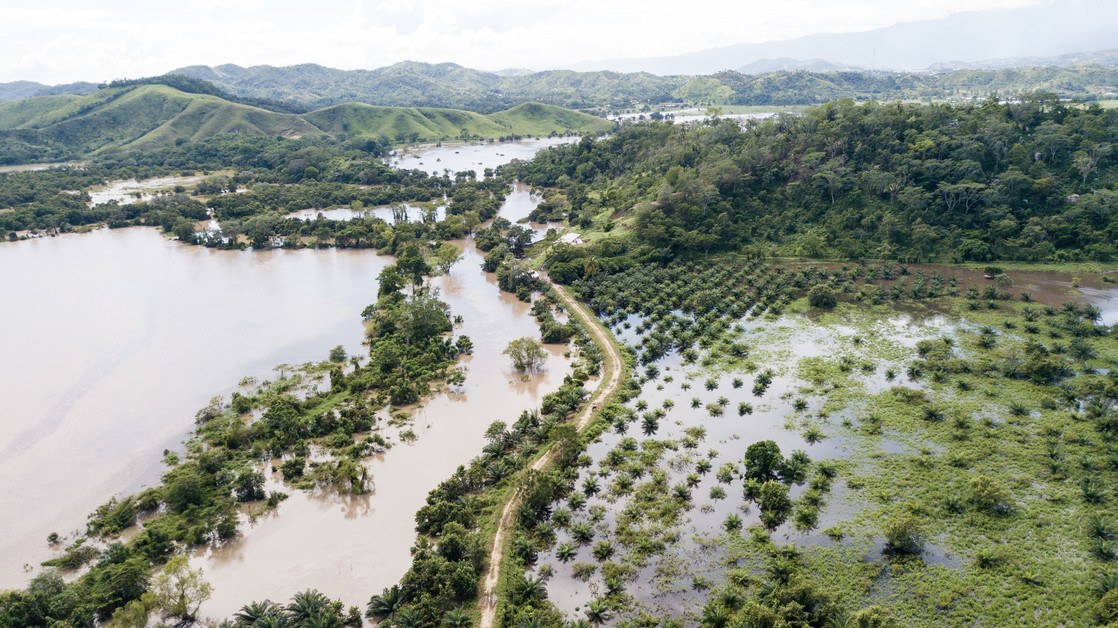 Photo: Hurricane Iota has submerged the Sula Valley, more than 100,000 people who had already suffered devastation by ETA are in temporary shelters.

“The wind was so powerful that the trees fell on the farm destroying everything, the little that was left was also lost because the rain spoiled the coffee beans and caused the plantain plants to collapse. We were already struggling because of the COVID-19 confinement, which had left us without income, and now we have lost everything, and we no longer have money to invest again.”

Matheu notes; “60-80% of basic grains have been lost. Coffee is one of Honduras’ main export products and 90% of coffee production in the country is done by smallholder farmers. So far, it according to the Honduran Institute for Coffee -IHCAFE - ETA alone has left losses on the coffee crops of approximately 100,000 Quintals. Iota had an impact directed at the growing areas and productive infrastructure and the collateral damage due to high rainfall will mean greater impacts on the field. The effect this will have on income and livelihoods for people, especially the poorest in society, is unimaginable. Experts are already saying that it will take at least a decade for the country to recover from this.”

Honduras, Guatemala, Nicaragua, El Salvador, and Costa Rica, where the recent tropical storms have caused wide-scale destruction, are all in the top twenty coffee-producing countries. Together, they grow enough coffee beans to be the third leading producer globally. These countries are also battling with food crises. A combined 3.5 million people in Honduras and Guatemala are currently suffering from severe food insecurity, while COVID-19 lockdowns have meant the loss of half a million jobs and livelihoods in Honduras alone.

Matheu adds; “we visited a family that just over one month ago we were profiling as a success story for their tilapia farm and now they have nothing, they have lost everything, and the physical state we found them in was really distressing. It is truly heart-breaking to witness the destruction of people’s hopes and dreams like this.”

CARE has been supporting farmers and small businesses in Honduras with a range of interventions including food security and nutrition, access to finance, training in crop and livestock production, youth entrepreneurship and technical skills training, women’s empowerment and climate change adaptation. CARE also plans to provide livelihoods recovery support in the aftermath of Iota and Eta in the form of multipurpose cash transfers, agricultural inputs and equipment, rural banking and financial inclusion. In order to do this CARE Honduras is urgently asking for US$ 6.5M to provide both immediate life-saving support and longer-term recovery.

María Magdalena Rivera Villatoro, 39, is a tilapia farmer in Santa Cruz de Yojoa in the country’s north region. Eta caused the river where they farm to overflow, destroying her family’s livelihood: “When the storm came, we couldn’t do anything. We just saw how it destroyed everything we had worked so hard for.”

“Without oxygen in the water the fish died in days,” Magdalena says. “That is why we had to react quickly, investing all we have saved in the fish’s food. We went into debt to avoid losing the entire harvest. It is difficult to recover the project when there are so many debts.”

“It is painful to see destroyed what you have worked so hard for day after day … it is really painful.”

Edwin Kestler, CARE Guatemala Climate Change and Resilience Manager notes; “Over the past 15 years, 2020 has been the year with the highest number of storms forecasted for a hurricane season. It surpassed any forecast from the meteorological institutes. Climate change is often referred to as a long-term phenomenon by experts, but it is already having extreme impacts on Central America.  Climate variations are related to bigger climate change and this is what we are seeing now. There are years where we find ourselves with no rainfall, and an extension of the dry corridor, and years where rainfall excess is evident. A storm of this magnitude, in areas that are already affected by climate variability often means increased food insecurity, malnutrition and loss of livelihoods.”