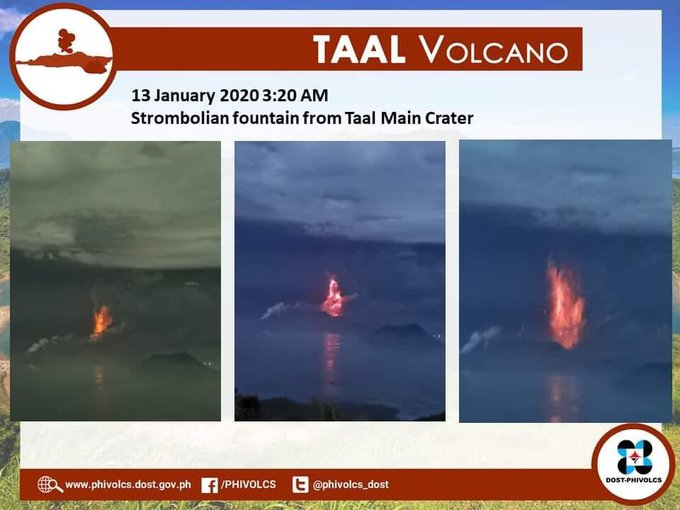 MANILA (January 13, 2010) - On the afternoon of January 12, 2020, the Taal Volcano located in the province of Batangas in Luzon Island had a steam driven explosion. It has since been in a period of unrest, resulting to 75 volcanic earthquakes with intensities ranging between two to four within the vicinity of the volcano as of January 13, 5 AM PHT.

The local government of Batangas has declared a state of calamity on January 13, 2 PM PHT. Authorities have begun evacuating residents to neighboring municipalities. Total evacuation of Taal Volcano Island has been ordered.

Lava fountains have been visible from the crater of the volcano. Ashfall has also spread across the island of Luzon, reaching even the northernmost islands. Local authorities have advised the public to remain indoors and wear protective gear, particularly face masks to prevent inhaling ash.

According to the PHIVOLCS Volcano Bulletin shared on January 13, 8 AM PHT, Taal Volcano remains to be on Alert Level 4. A hazardous eruption remains a possibility within the next hours or days. 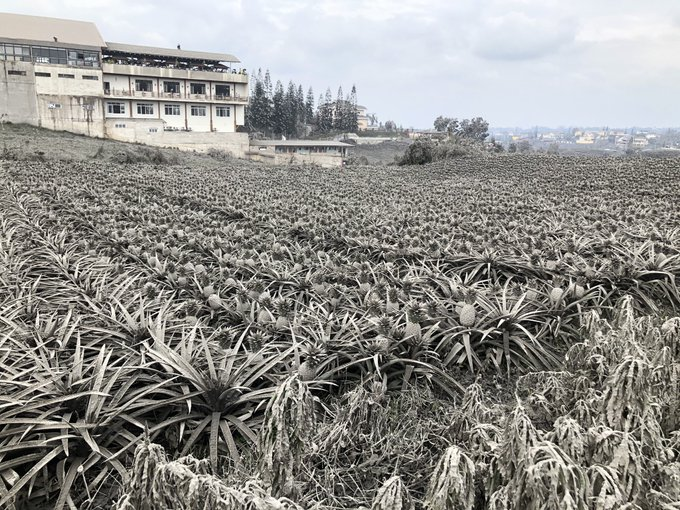 CARE has deployed an assessment team into the area to gather information on priority needs of the affected population. CARE is closely monitoring the activity of Taal Volcano together with our partner organizations ACCORD (Assistance and Cooperation for Community Resilience and Development) and CDRC (Citizens Disaster Response Center).

“CARE and partner teams are ready to provide assistance to those who are affected by the Taal Volcano eruption” says David Gazashvili, CARE’s country director in the Philippines.

CARE has worked in the Philippines since 1949, providing emergency relief when disaster strikes and helping communities prepare for disasters. CARE is currently responding to the recent earthquakes in Mindanao, Typhoon Kammuri in Visayas, and displacement crisis in Marawi, Maguindanao and other areas of Mindanao.