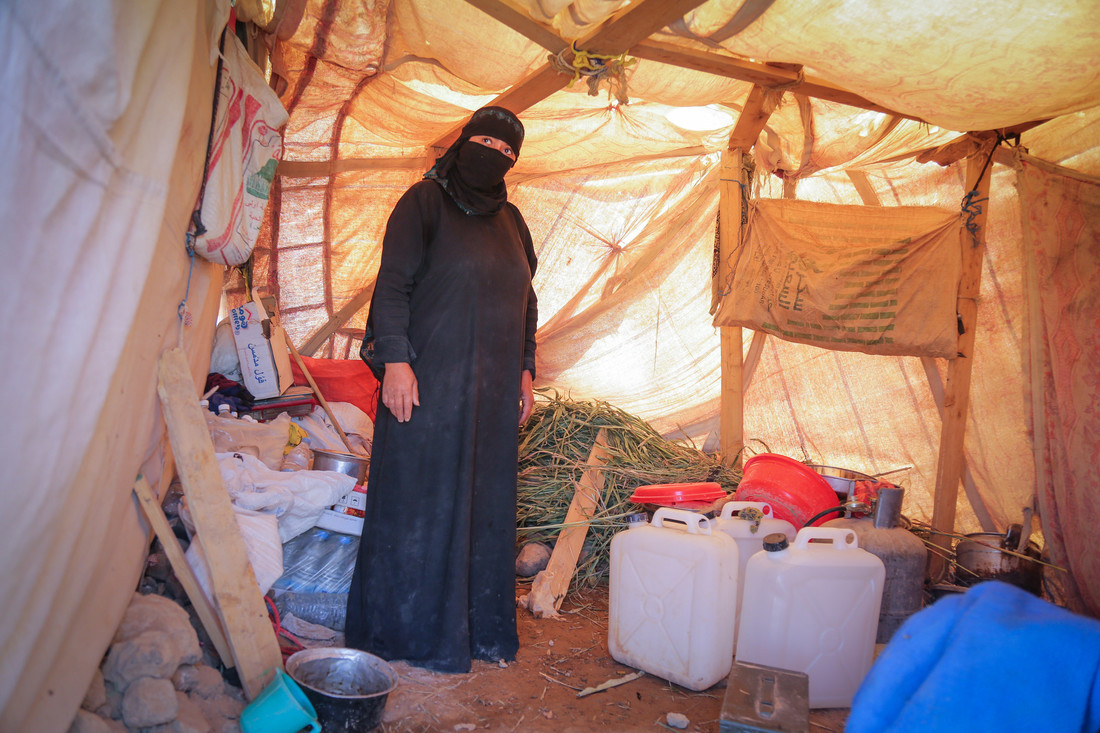 Photo: Om Mohammed a displaced woman in her camp, affected by the recent fighting and displacement to the city of Ma'rib. Rabie Al-Zuhairy/CARE

18 February 2021 – CARE is extremely concerned for hundreds of thousands of internally displaced people (IDPs) whose safety is being put at risk during the current escalation of fighting in Yemen’s Marib governorate.

Marib already hosted around one million IDPs before violence escalated in January 2020. Since then Marib has experienced periods of heavy fighting, with the highest number of airstrikes across Yemen last year. The UN estimates that 113,000 people have been displaced in the past twelve months, with around 6000 displaced from one district alone in the past ten days; a further 385,000 people could be forced to flee if fighting continues.

CARE and other humanitarian organisations are doing our best to provide lifesaving assistance but the needs in camps and settlements are overwhelming and services for IDPs are extremely limited. Most newly displaced families are fleeing for a second time and lack adequate access to healthcare, water systems and latrines which particularly affects the safety and dignity of women and girls.

CARE urgently calls on all parties to take immediate, comprehensive measures to ease the suffering of Yemenis, including protecting civilians from attack and displacement in Marib and across Yemen by initiating a ceasefire, lifting all restrictions on ports and airports, and renewing inclusive and sustainable peace talks.

CARE has been in Yemen since 1992, working to address poverty and enhance people’s ability to cope with crisis through humanitarian response and development projects. Currently, CARE is operational in 14 governorates across Yemen providing emergency and recovery assistance which contributes to strengthening communities’ resilience, helping them to recover from the effects of the world's worst humanitarian crisis. CARE is on the ground in Marib reaching more than 50,000 people with water, sanitation and hygiene and food security and livelihoods programmes.