Brussels/Amman, 5 March 2020 – As several thousand refugees and asylum-seekers line Turkey’s border with the European Union, CARE denounces acts of violence against vulnerable groups seeking protection at Europe’s borders and calls for European member states to cooperate, share the responsibility, and accept refugees into Europe, including by offering safe asylum. This is crucial in enabling Syrian refugees and others escaping conflict to overcome hardship and rebuild their lives and futures.

“For Syrians who have been through nearly a decade of war, describing people fleeing danger as a “collective attack against the borders of the European Union” and Greece as Europe’s “shield” is unacceptable. EU member states should be seeking ways to stand with vulnerable people, and support Greece to provide them with the protection and assistance that they are entitled to, under international and European law. People fleeing violence and persecution should not be treated as a threat or a bargaining tool in negotiations between governments. We urge both European and Turkish authorities to refrain from any measures that might increase the suffering of vulnerable people,” said Nirvana Shawky, CARE’s Regional Director for the Middle East and North Africa.

The announcement by the Greek government to suspend the reception of asylum requests for one month is extremely worrying and has no legal basis, neither under the 1951 Convention Relating to the Status of Refugees nor under EU refugee law. All EU member states must continue to accept asylum applications and take their fair share of asylum seekers.

CARE is gravely concerned about unsafe border crossings, whether by land or by sea, that are currently being undertaken by Syrian refugees and others. Refugees are taking perilous journeys and facing exploitation and violence to reach the EU borders, based on misinformation that the borders are open. CARE urges the Turkish government to continue to protect the over 3.6 million Syrian refugees in Turkey, that they have hosted so generously over the past nine years. The need to spread accurate information on the status of borders clearly persists, to ensure the protection of vulnerable people.

“Whilst states have the right to control and protect their borders within legal limits, they should not resort to the use of violence against people entitled to seek protection. This is a clear violation of human and asylum rights. European Union countries must follow their legal and humanitarian obligations to ensure that vulnerable people at their borders are received through safe, reliable, well- functioning pathways, and provided the protection they are entitled to,” added Shawky.

It is more critical than ever to continue to support and fund Syria’s neighbours, in providing essential services to both Syrian refugees and their hosts and to enable them to build a dignified future outside of their home country. Greece, and other states on the external EU border, also need continued support from European sources and the wider international community, capacity and solidarity to enable Greece to enhance its response, as well as a sharing of the responsibility for hosting refugees across Europe, North America and beyond. 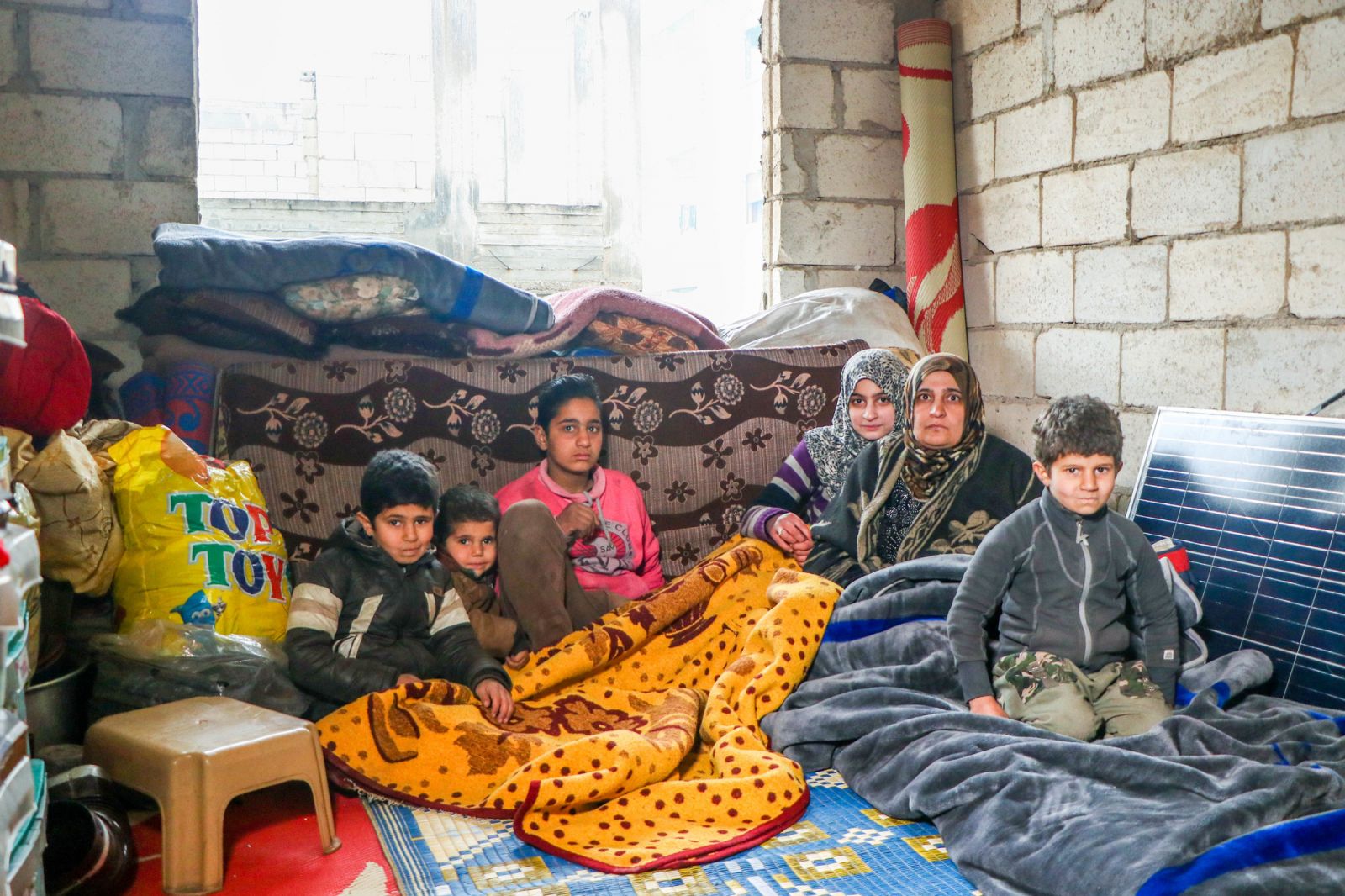 Photo: “[I have] 5 children. I don’t know how I can keep them warm or secure their needs after being displaced to into the unknown." IHSAN/CARE

Whilst CARE is concerned about the situation on Turkey’s border with the EU, the unprecedented humanitarian crisis in Northwest Syria, one of the worst in nearly a decade of the conflict, continues to require urgent action. With some one million people displaced, the humanitarian needs in Northwest Syria are overwhelming and relief actors are overstretched. Syrian aid workers, who are the forefront of the response, face immense fatigue and are themselves being displaced and killed.

The people of Idlib and Syria need our urgent support and protection. The need to end hostilities is more urgent than ever.

CARE has been providing aid in Syria since 2014 and has reached more than 5 million people so far. Over the last year, CARE has reached more than 1 million people in Syria, including more than 650,000 women. Together with partners in northwest Syria, CARE is responding to the current intensification of hostilities by providing clean water and sanitation, maternal and reproductive healthcare, and psychosocial support to people affected by the crisis. CARE is also distributing relief supplies, such as food baskets, ready-to-eat rations, hygiene and baby packages, kitchen supplies, mattresses and winter supplies, including blankets and children’s clothing. Throughout this period, CARE has supported evacuation efforts from urban centers being targeted by airstrikes and is also supporting a network of ambulances.

Founded in 1945, CARE is a leading humanitarian organization fighting global poverty and providing lifesaving assistance in emergencies. In 100 countries around the world, CARE places special focus on working alongside poor girls and women because, equipped with the proper resources, they have the power to help lift whole families and entire communities out of poverty. To learn more, visit