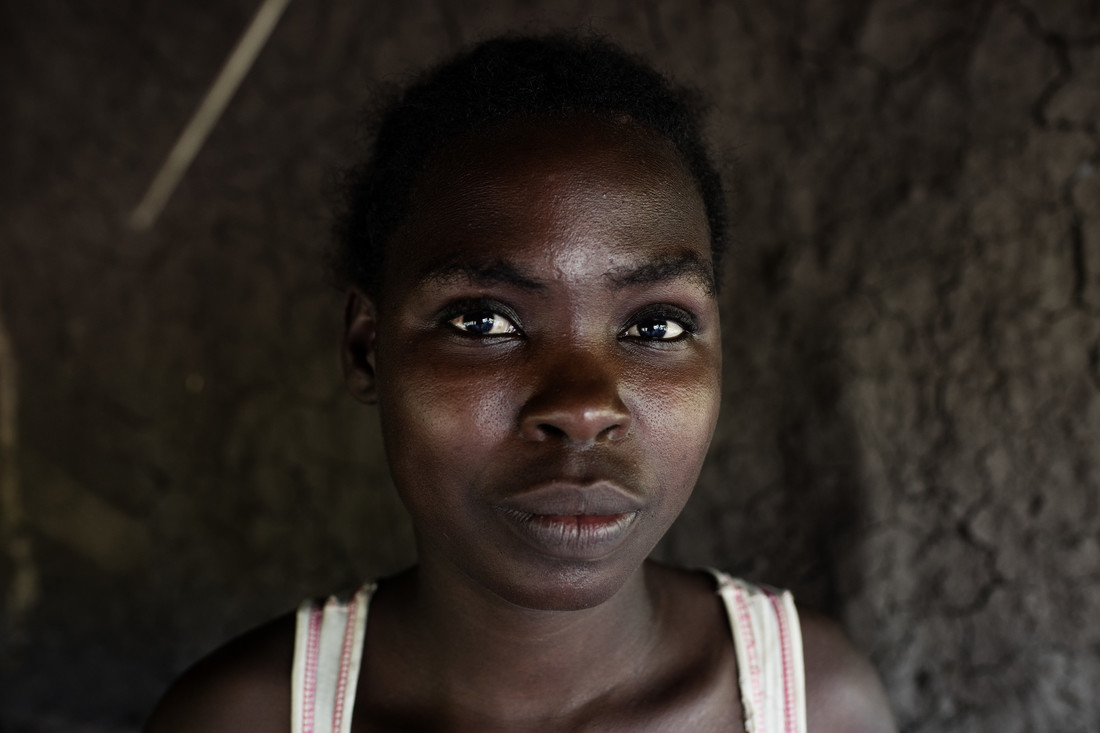 Photo: Chica Manuel Catita, 24, is a mother of three children. She lives with her husband near the village of Tica, an area greatly impacted by Cyclone Idai on March 15, 2019.

Maputo, Mozambique, 12 March, 2021 - Two years after Cyclone Idai left a trail of destruction across parts of Mozambique, Zimbabwe and Malawi, Mozambique is once again battling with cyclone recovery and lack of funding. In Central Mozambique, over 104,000 people continue to live in resettlement sites and accommodation centres as a result of the 3 cyclones that have hit the same area of the country over the past 2 year – the most recent at the start of 2021.

In Northern Mozambique, where cyclone Kenneth hit in 2019, nearly 670,000 people are currently displaced, with the insecurity continuing to expand in scale, scope and complexity, pointing to potential further deterioration and additional displacement in 2021.

According to Marie David, Acting Assistant Country Director, CARE Mozambique; “much of the hard-won progress aid agencies such as CARE had made over the past 2 years to help those affected by Cyclone Idai has been destroyed once again over the last few months as a result of the cyclones. In some cases, much of the infrastructure still hadn’t been repaired from Idai, and clean drinking water remained a challenge, so people were already in a weak and vulnerable situation when Eloise struck. In addition, floods have affected the ability of those who had been displaced to cultivate subsistence crops, which in turn has led to rising food insecurity. On top of all this, communicable disease outbreaks such as the most recent COVID-19 pandemic is causing complex and compounded disasters across the country.”

Cyclone Idai made landfall on 14th March 2019, killing over 1,000 people and destroying more than 100,000 homes. Despite a massive global effort to raise money for the response, the humanitarian plan was less than 50% funded. More than 250,000 people are estimated to have been affected by cyclone Eloise, which made landfall on 23 January in the central Sofala province. At the end of 2020, Tropical Storm Chalane made landfall in Muanza District destroying shelters, and displacing for a second time, over 270 families already living in settlements for survivors of Cyclone Idai where around 90,000 people still live.

Mozambique continues to experience recurrent climatic shocks, including tropical storms, flooding and back-to-back droughts in the southern part of the country. The lack of sustained funding, and concurrent climate-induced weather events across Mozambique over the past years has gaping holes in the ability of aid agencies to meet the immediate needs of devastated families or invest in longer term strategies to help communities build resilience and reduce risks associated with disasters.

Chica Manuel Catita a 24-year-old mother of three says; “since the cyclones started, our life is getting worse and worse. We are suffering a setback in our life because of the cyclones and floods. We try to do something, but it always does not work out. We try to cultivate but floods always wipe out our fields. We try to rebuild our lives, but we always lose everything. Everything we do ends up being destroyed. Cyclone Idai caused devastation and heavy loss of life, Cyclone Eloise also did the damage, and the last one destroyed everything. We have not been able to harvest anything on our farms. These cyclones are bringing hunger in our life.”

The population in Central Mozambique is alarmingly vulnerable to future climate shocks. The South Indian Ocean has seen an increase in the intensity of storms as a result of climate change.

"Two years ago, Cyclone Idai showed the world what climate change was capable of, and since then there has been no relief for the people of Mozambique and no opportunity for recovery. The most vulnerable communities continue to pay the price for climate change while more wealthy countries take the time to deliberate over weak climate action targets and finance goals. Instead, rich countries should increase their financial contributions immediately, delivering climate adaptation and loss and damage finance as separate funding mechanisms. Contributing to climate risk financing would also help insure communities against these frequent and devastating climactic shocks," said Chikondi Chabvuta, CARE's Southern Africa Regional Advocacy Advisor.

As part of its integrated humanitarian response to the cyclones, CARE has distributed drought-resistant seeds, which include sorghum, cowpeas, ground nuts, pineapple seedlings, maize and millet, to more than 4,000 small scale farmers in the central region where crops were destroyed by the storms. CARE has also been providing basic training in improved agricultural practices that present benefits to farmers and land along traditional practices. These techniques will help communities combat the effects of climate change going forward.