The CARE model in Vietnam: Women at the helm of business with a twist

By Wolfgang Jamann, CEO and Secretary General of CARE International

The four-hour drive north of bustling Hanoi brings us to the province of Bac Kan where the contrast between both places could not be starker. Called the “other Asian tiger”, Vietnam is indeed thriving economically but rural life is traditional, and the situation of the ethnic minorities and smallholder farmers in the countryside is dire. Women’s equity and opportunities to get out of poverty are often as endangered as the continent’s real tigers, especially in the Vietnamese villages we visited. But our trip is a real eye-opener as we witness women carving out an economic path while securing their rights. And CARE Vietnam is there with them, focusing on women’s empowerment in marginalised regions of the country, and on helping those who have decided to migrate to urban centres. 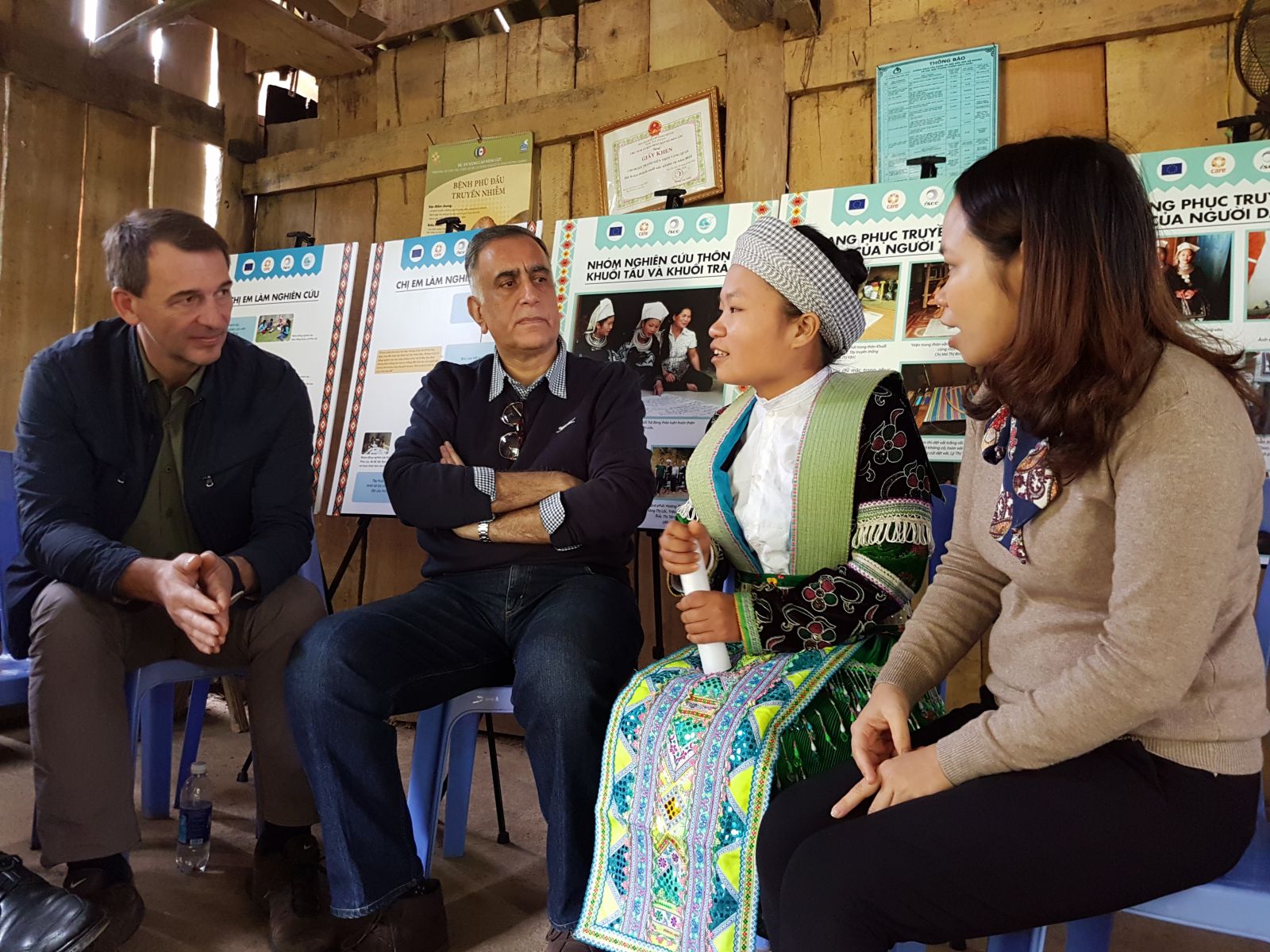 A group of directors from CARE member offices needed no second bidding to head to the villages to deepen understanding of the country and our work there-- after all, it is what brought everyone to a Hanoi conference room for two-day discussions on the future. We are greeted with friendliness and curiosity. Dung, the director of CARE Vietnam explained the strategy driving our work, the ambition to support and strengthen local partners, and the struggles of civil society in a shrinking space for manoeuvres, as in so many other countries. And it is the combination of its strong national rootedness and the belonging to a wider, international NGO family that enables CARE Vietnam’s success in development and policy.

We are lucky enough to visit a group of 25 women in Banh Trach commune in Ba Be district who are implementing the successful model of village savings and loans associations (VSLAs) that CARE has developed in many other countries. The similarities are an impressive show of the women’s economic and empowerment model, especially when heard through local testimonials. Here, women pool their savings so that more funds are available for supporting investments and launching local businesses. And they don’t just collect funds to make small loans – they share ideas, concerns, and plans. This is equally important since empowerment and breaking free from poverty starts by challenging the social norms that limit women’s participation in society. Gathering informally promotes exchange and generates collective and individual strength.

At another site, we meet women from the ethnic minorities of the Mong and the Tay. Notwithstanding the cameras and training provided by CARE, both groups proudly show us what they have already created: pictures and posters documenting their biggest problems such as girls’ early school drop-out, environmental pollution, and food insecurity. Indeed, they are taking issues into their own hands and have convinced the local authorities that these issues need to be addressed. Their initiative combines livelihoods and rights issues, evincing the idea and spirit of the 'Rights and Voice' project that involves the local women's union, a project supported by the European Union and the Danish International Development Agency (DANIDA). The women beam their satisfaction when they relate that their husbands support them and appreciate their growing self-esteem, a male reaction that is somewhat unusual in these very traditional societies.

Though they have similar experiences, the Mong and the Tay women dress and look differently: the young Mong women in their colourful dresses, and the middle-aged Tay, dressed all in black, more solemn and cautious in their statements. And while they do not meet that often, their children attend a school that is just halfway between the two villages. We leave with this image as a symbol of hope for the future, and the reassurance that despite apparent diversity, barriers can indeed be overcome.