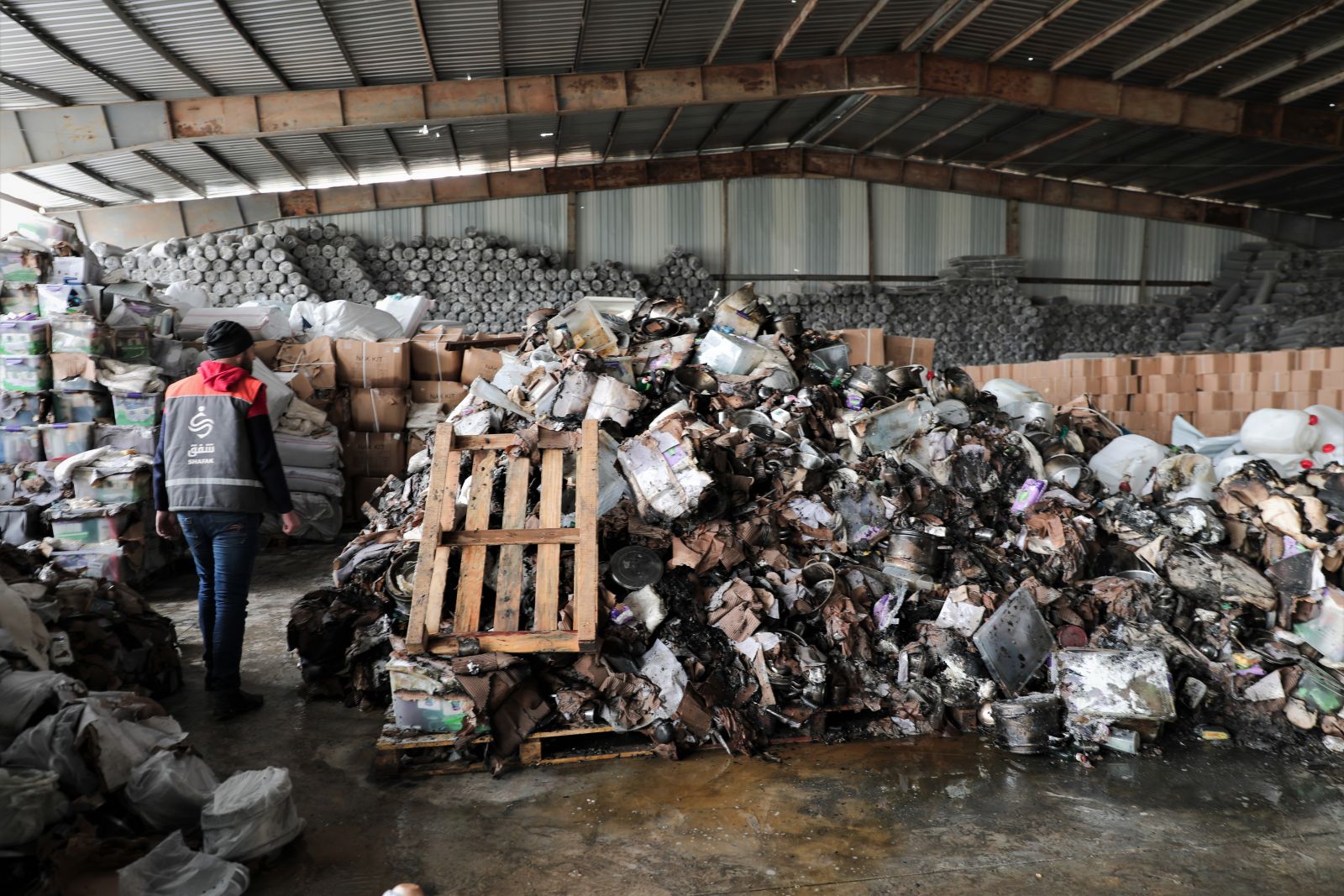 All photos are copyright of CARE/Shafak

Gaziantep, 23 March 2021 – Several airstrikes in northern Idlib, a few kilometers from the Turkish border, have resulted in a fire breaking out at a CARE-supported warehouse, containing humanitarian supplies, on Sunday evening. The fire destroyed relief items for nearly 25,000 people in dire need of humanitarian assistance in Northwest Syria.

After a first explosion resulted in a fire at the warehouse, which contains aid packages for newly displaced families and hygiene items, guards working for CARE’s partner organization, Shafak, were able to extinguish the fire. However, a second explosion in a truck parking lot led to a new, even larger fire, whereby thousands of relief supplies were burnt and destroyed.

Earlier in the morning, three artillery attacks targeted Al-Atareb Surgical Hospital in western Aleppo, a major hospital in Northwest Syria that provides health services to the local community. The hospital, which is supported by the Syrian American Medical Society (SAMS) Foundation, was damaged extensively and forced to shut, while six people died, including one child.

“Yesterday, we witnessed the destruction of life-saving aid supplies for the people of Northwest Syria.  After a brutal morning attack against a hospital, in which six Syrians lost their lives, the violence continued into the evening, with artillery shelling of buildings and warehouses in Northern Idlib, just a few kilometers from the Turkish border. These indiscriminate attacks on civilians and civilian infrastructure are egregious violations of international humanitarian law. Humanitarian actors like CARE call on all parties to the conflict to protect vulnerable civilians, who have endured a decade-long conflict and have nowhere to flee,” says Sherine Ibrahim, Country Director of CARE in Turkey. 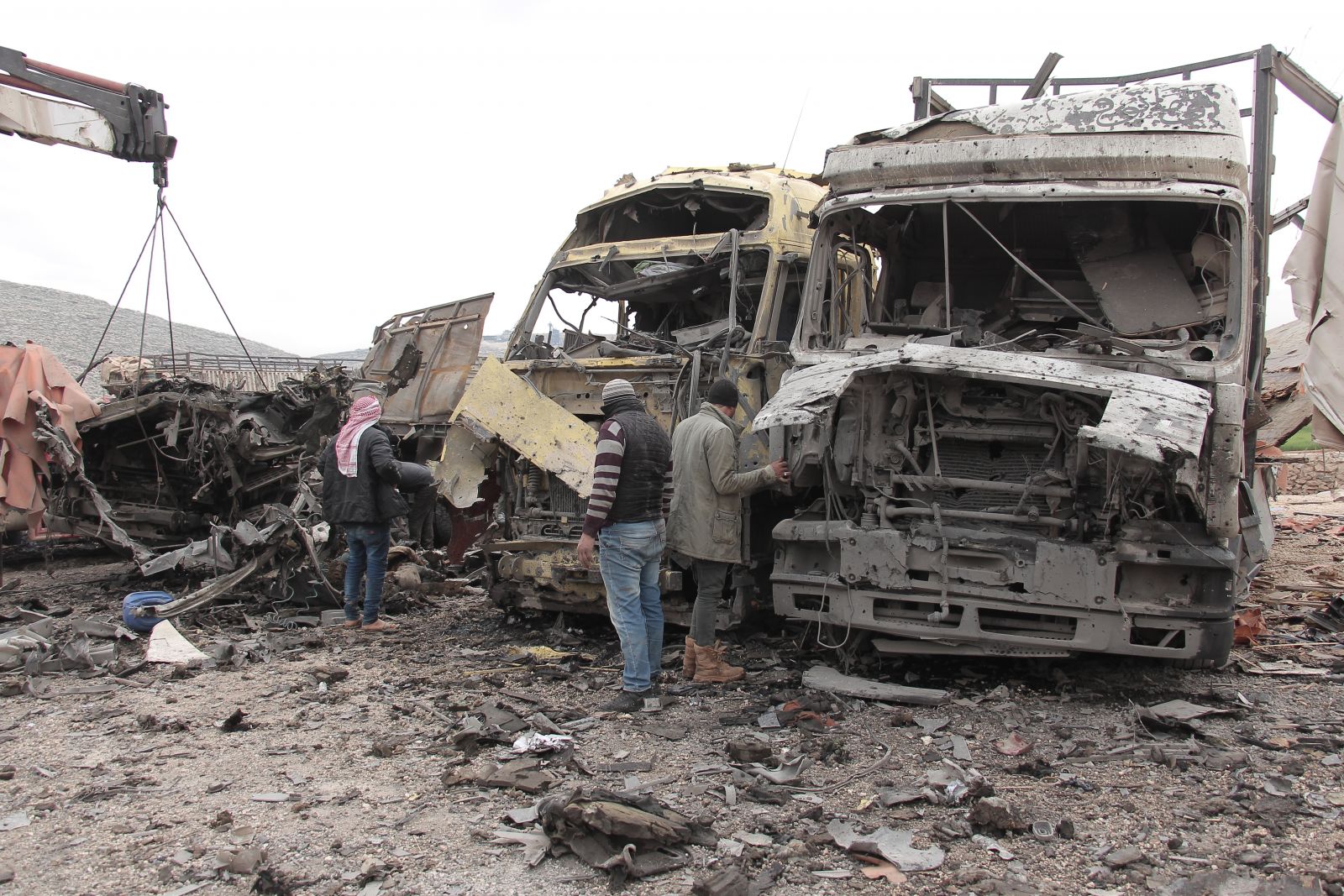 The affected area in northern Idlib has been used as a route to transport humanitarian supplies and is generally considered safe, with no attacks having occurred in the last six years. Sunday’s attacks have led to loss of critical supplies by humanitarian organizations and the suspension of aid deliveries, cutting off lifelines to tens of thousands of people in dire need. This comes at a time where needs have never been higher in Northwest Syria, while funding is strained.

CARE’s Syrian partner organization, Shafak, has been working tirelessly to help extinguish the fires that occurred on Sunday and transport the aid packages to a new and safe location. New fires have been reported in the area on Monday, due to the bombing of a petrol station, resulting in further damage to civilian infrastructure.

Founded in 1945, CARE is a leading humanitarian organization fighting global poverty and providing lifesaving assistance in emergencies. In 104 countries around the world, CARE places special focus on working alongside poor girls and women because, equipped with the proper resources, they have the power to help lift whole families and entire communities out of poverty. To learn more, visit www.care-international.org.