9 out of 10 most under-reported crises on the African continent / man-made climate change dramatically fuels displacement and hunger crises. To read the full report.

“We’re seeing increasing linkages between the effects of man-made climate change and the longevity and complexity of humanitarian crises. From Madagascar to Lake Chad to North Korea, the majority of crises ranked in our report are partly a consequence of declining natural resources, increasing extreme weather events and global warming more broadly”, says Sally Austin, CARE International’s Head of Emergency Operations.

“The increased public attention for the global climate crisis is encouraging, but we must ensure that the conversation is not limited to the Global North and much-needed transformations there. It is shocking to see how little media reporting there is about human suffering related to global warming in the South, the lack of political action to address this injustice, and solutions applied to ease the burden for communities.”

With the report “Suffering in Silence”, CARE challenges media institutions, aid organizations and policy makers to make conscious choices about their priorities. For most of the underreported crises in this Top 10 list, the humanitarian response is also chronically underfunded. 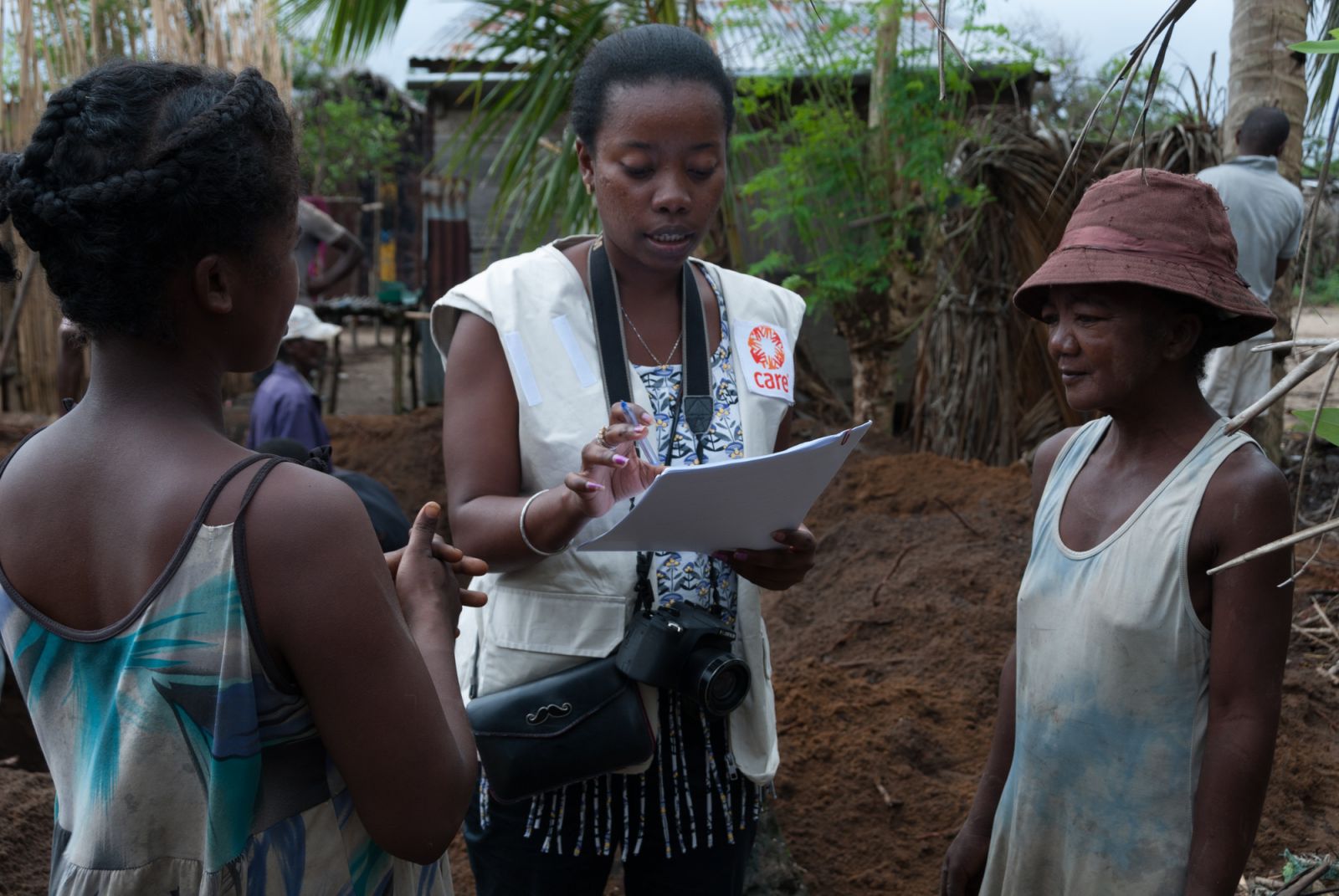 1. Madagascar – Impacted by the human-made climate crisis, over 2.6 million people affected by drought

At the end of 2019, more than 2.6 million people were affected by the impacts of drought,7 and more than 916,000 people were in immediate need of food assistance.8/9 Madagascar has the world’s fourth highest rate of chronic malnutrition, with one in every two children under five suffering from stunting. To read the full report. 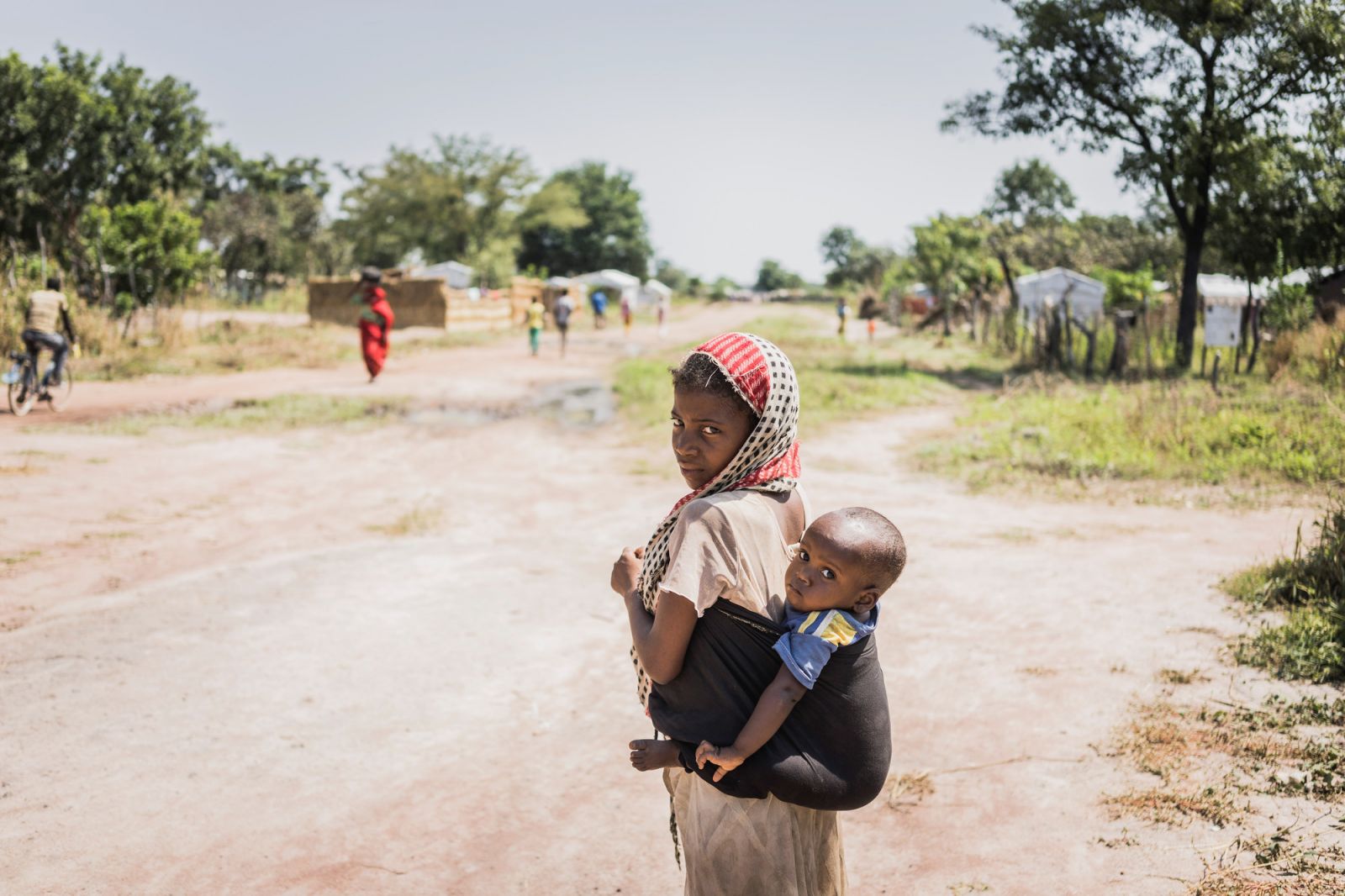 2. Central African Republic – A brutal conflict in the heart of Africa, about 2.6 million people in desperate need of humanitarian assistance

Violent clashes and attacks on civilians have forced one in four citizens of the Central African Republic to flee their homes. More than 600,000 people are displaced inside their own country and almost 594,000 people have sought refuge in neighbouring countries such as Cameroon, the Democratic Republic of Congo and Chad, all of which struggle with high poverty rates themselves. To read the full report. 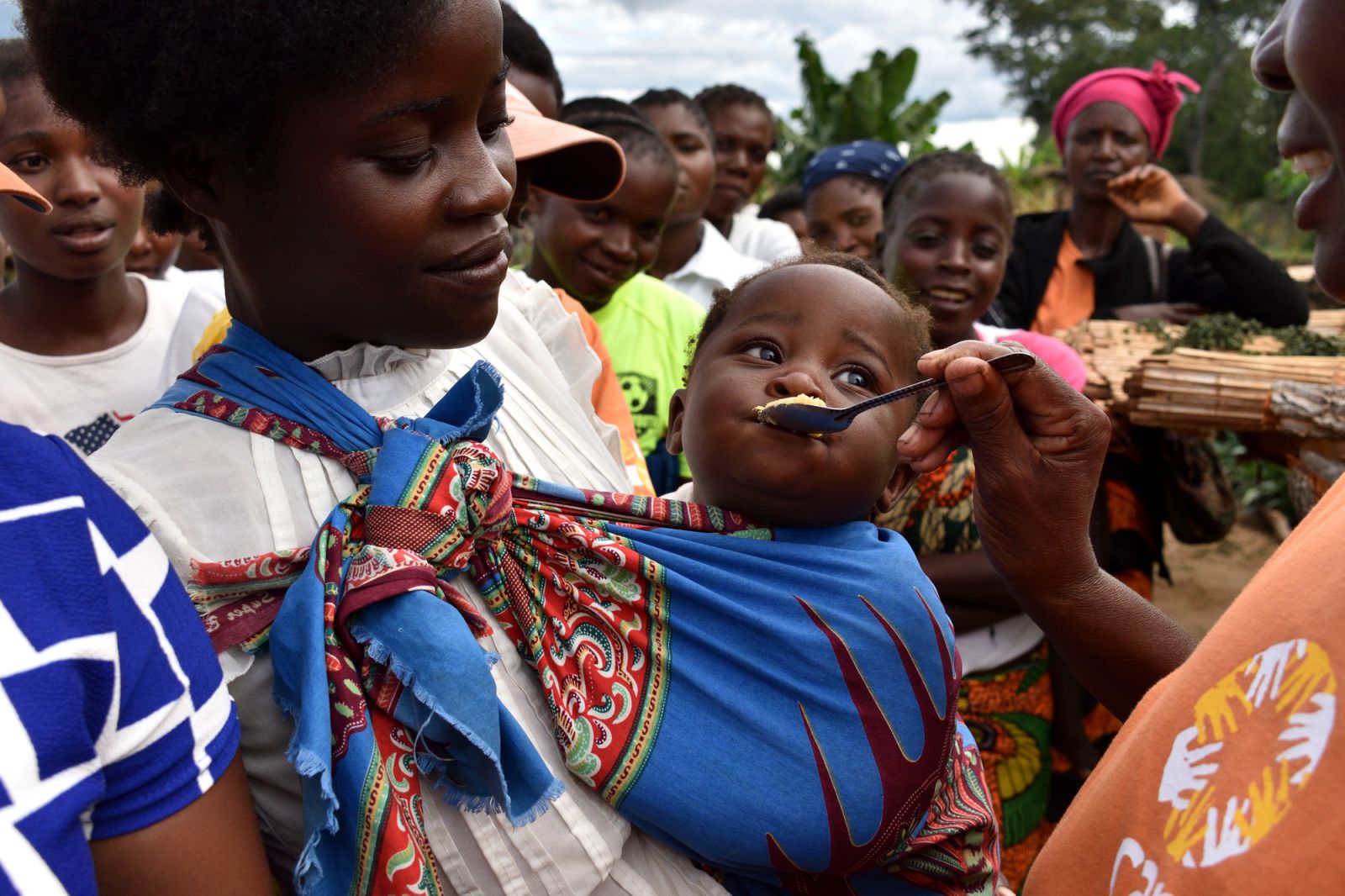 3. Zambia – On the front of climate change, an estimated 2.3 million people in the country in urgent need of food assistance

In Zambia, the effects of climate change are undeniable. An estimated 2.3 million people in the country are in urgent need of food assistance as a result of recurring and prolonged droughts.18 Food insecurity due to extreme weather events, pests or epidemics is nothing new for the landlocked nations in Southern Africa, however, temperatures in the region are rising at about twice the global rate, according to the Intergovernmental Panel on Climate Change. To read the full report. 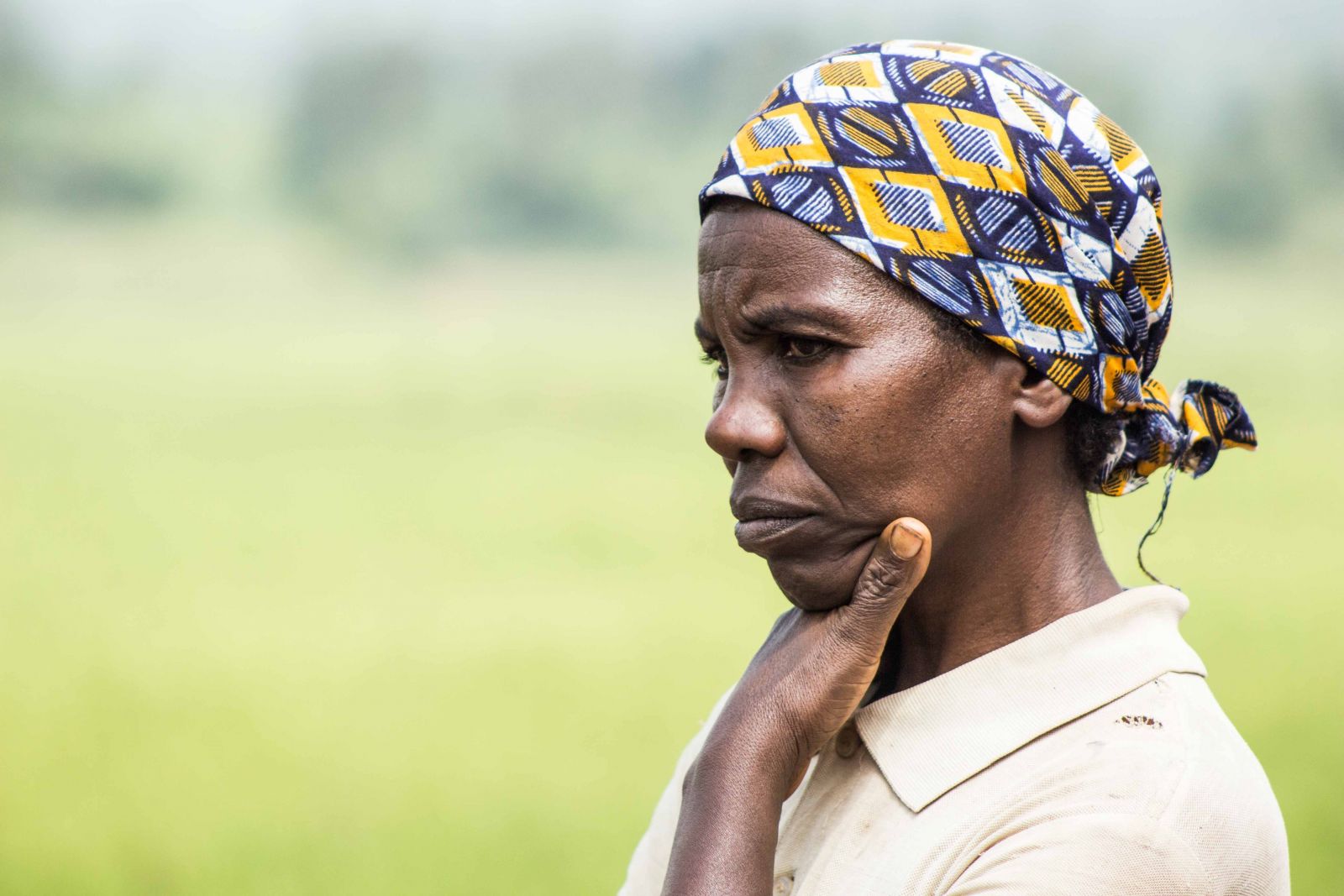 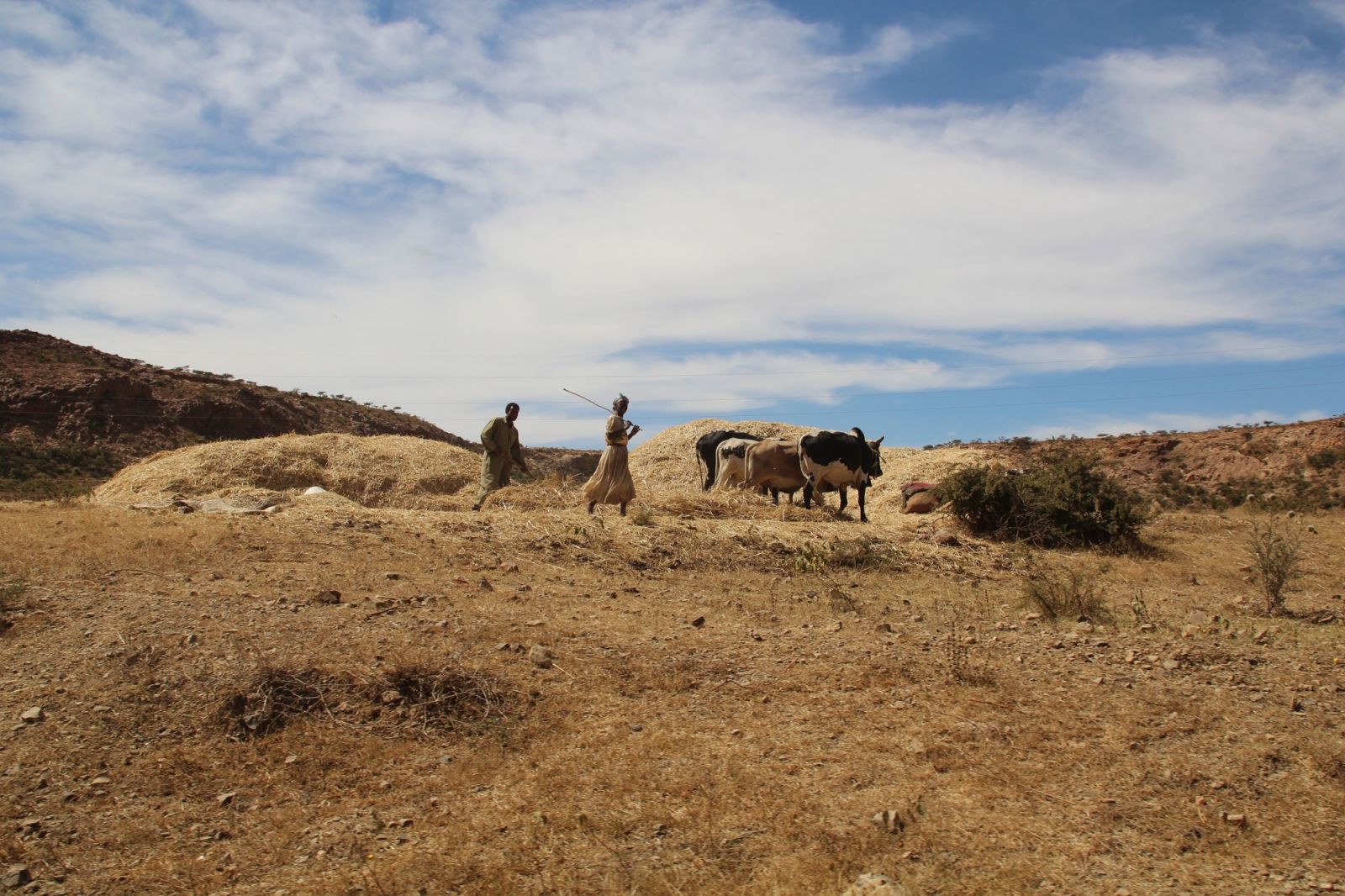 5. Eritrea – Fleeing drought and repression, half of all children under five stunted as a consequence of malnourishment

A severe drought in 2019 following an above average dry year in 2018 now worsens the situation as further crop failures lead to food insecurity and malnourishment in wide parts of the population. Nomadic communities are especially vulnerable to natural disasters such as drought and flooding during rainy seasons. To read the full report. 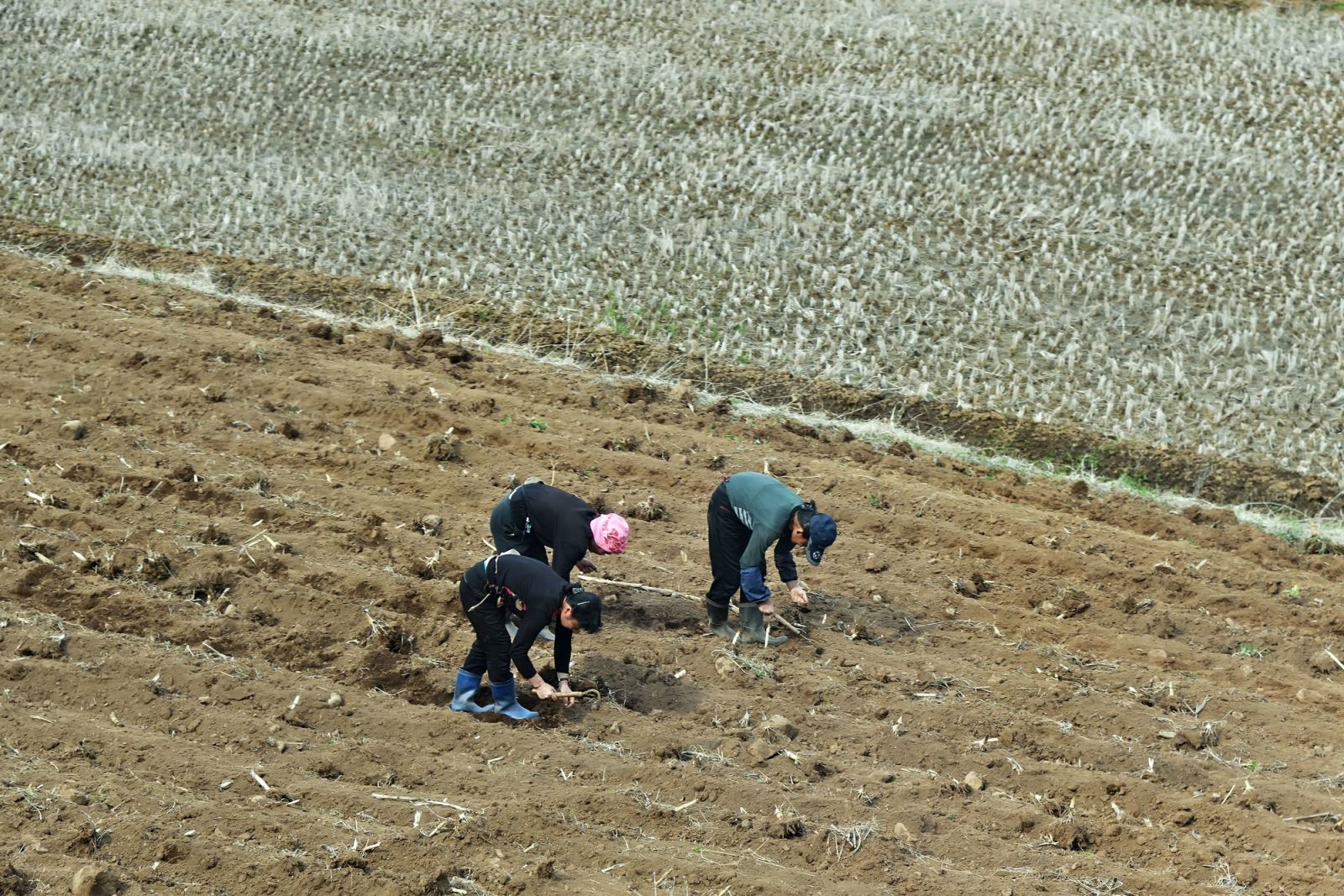 The UN estimates that around 10.9 million people are in need of humanitarian assistance to meet their food, health, water, sanitation and hygiene needs.38 An estimated 43% of the population is undernourished as agricultural food production fails to meet their requirements due to the lack of modern equipment, compounded by heatwaves, droughts and floods. To read the full report. 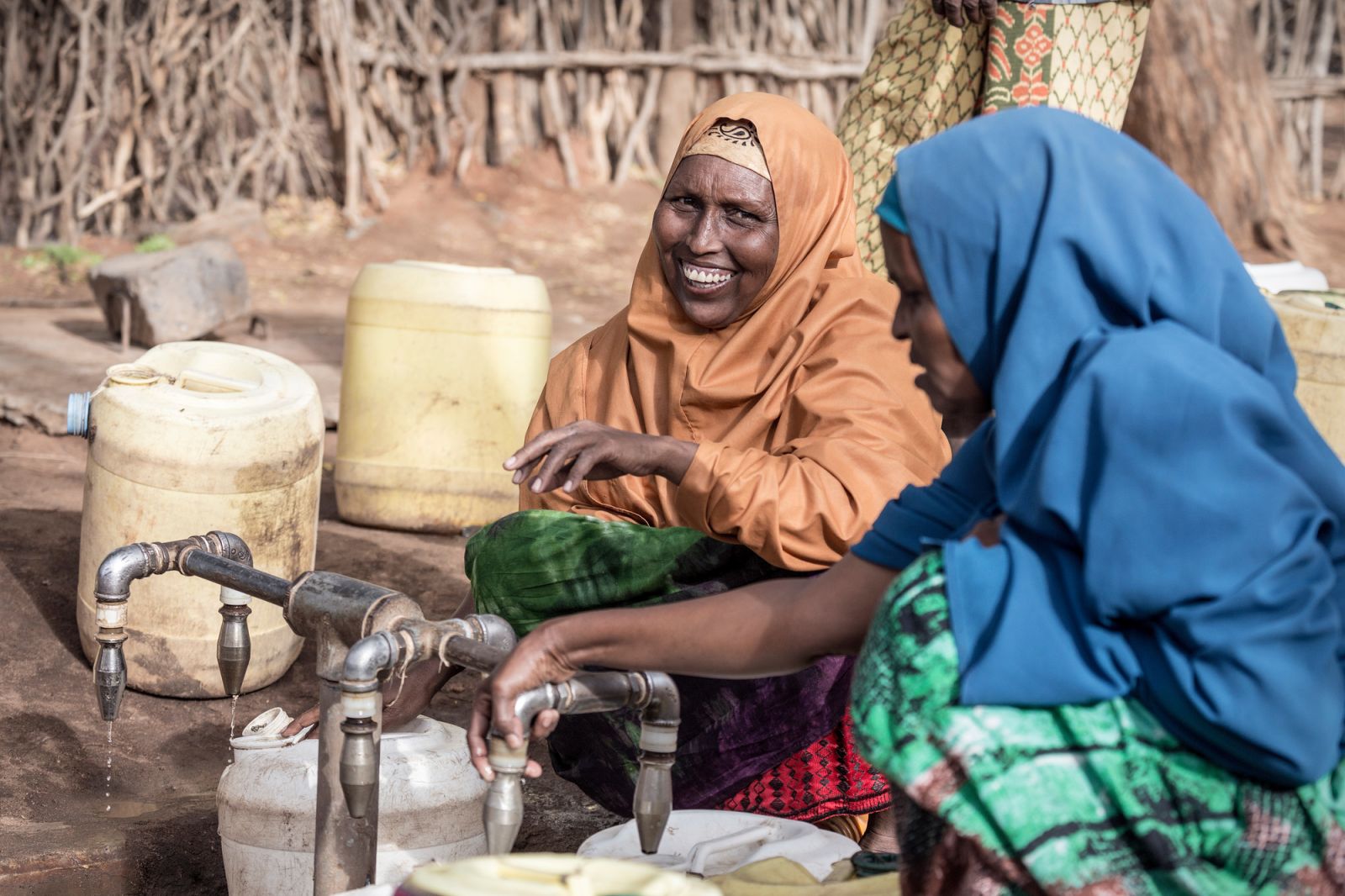 7. Kenya – Trapped in the middle of floods and droughts, more than 1.1 million people live without regular access to food

More than 1.1 million people live without regular access to food and more than 500,000 children under five are in need of treatment for malnutrition.48 Continuing dry conditions across Kenya have led to the deterioration of livestock and crop productivity, higher food prices and a decrease of water. Agricultural production has halved according to estimates. When there is not too little rainfall, there is far too much. To read the full report. 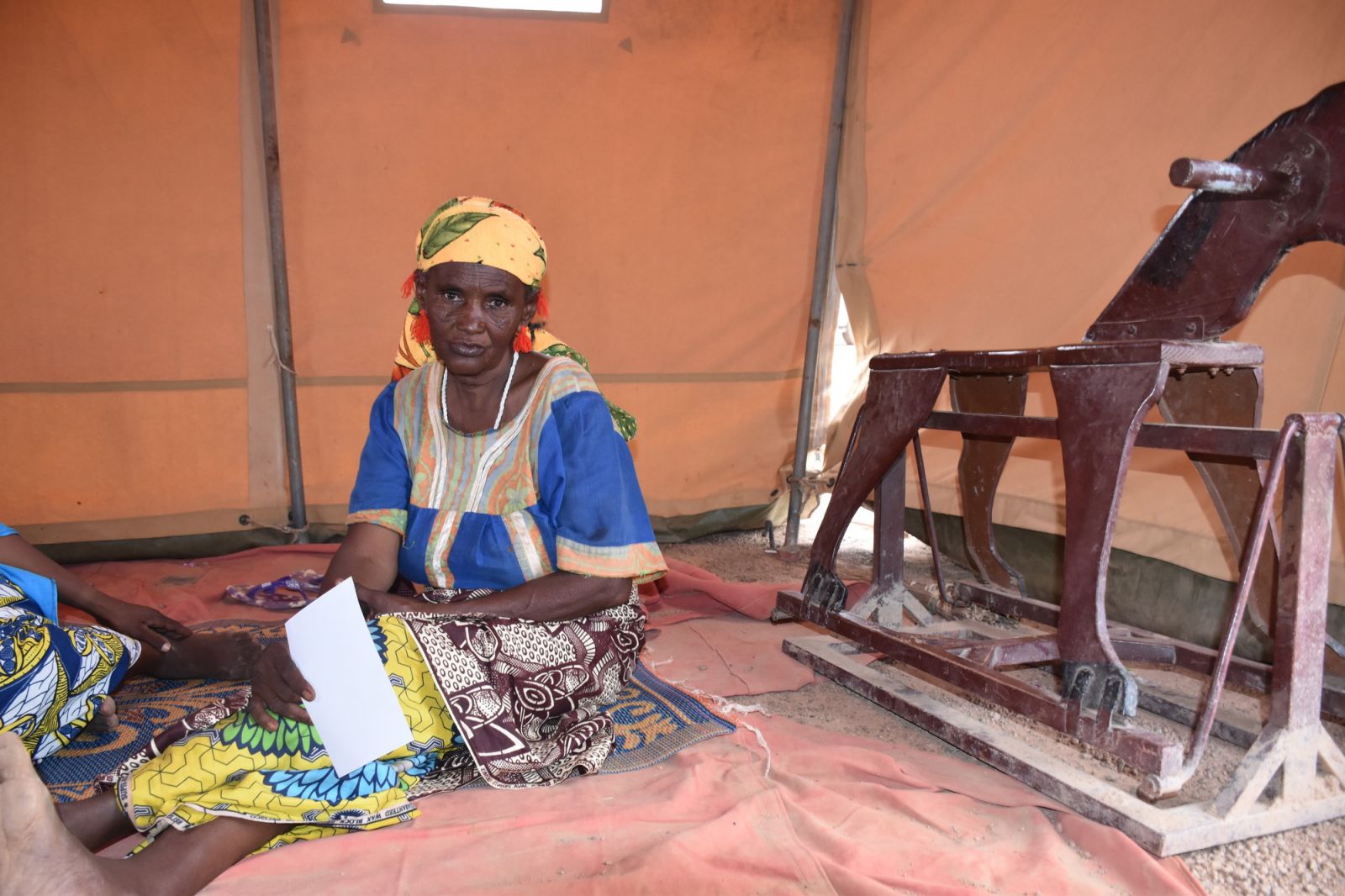 8. Burkina Faso – A silent humanitarian catastrophe, around 5.2 million people – more than a quarter of the population – affected by the escalation of violence in Central Sahel

Burkina Faso has been marked by years of protracted political instability resulting from security challenges, a power vacuum, weak governance and the presence of armed groups. Additionally, the country is extremely poor and suffers from high levels of economic inequality and agricultural deficits largely due to insecurity. To read the full report. 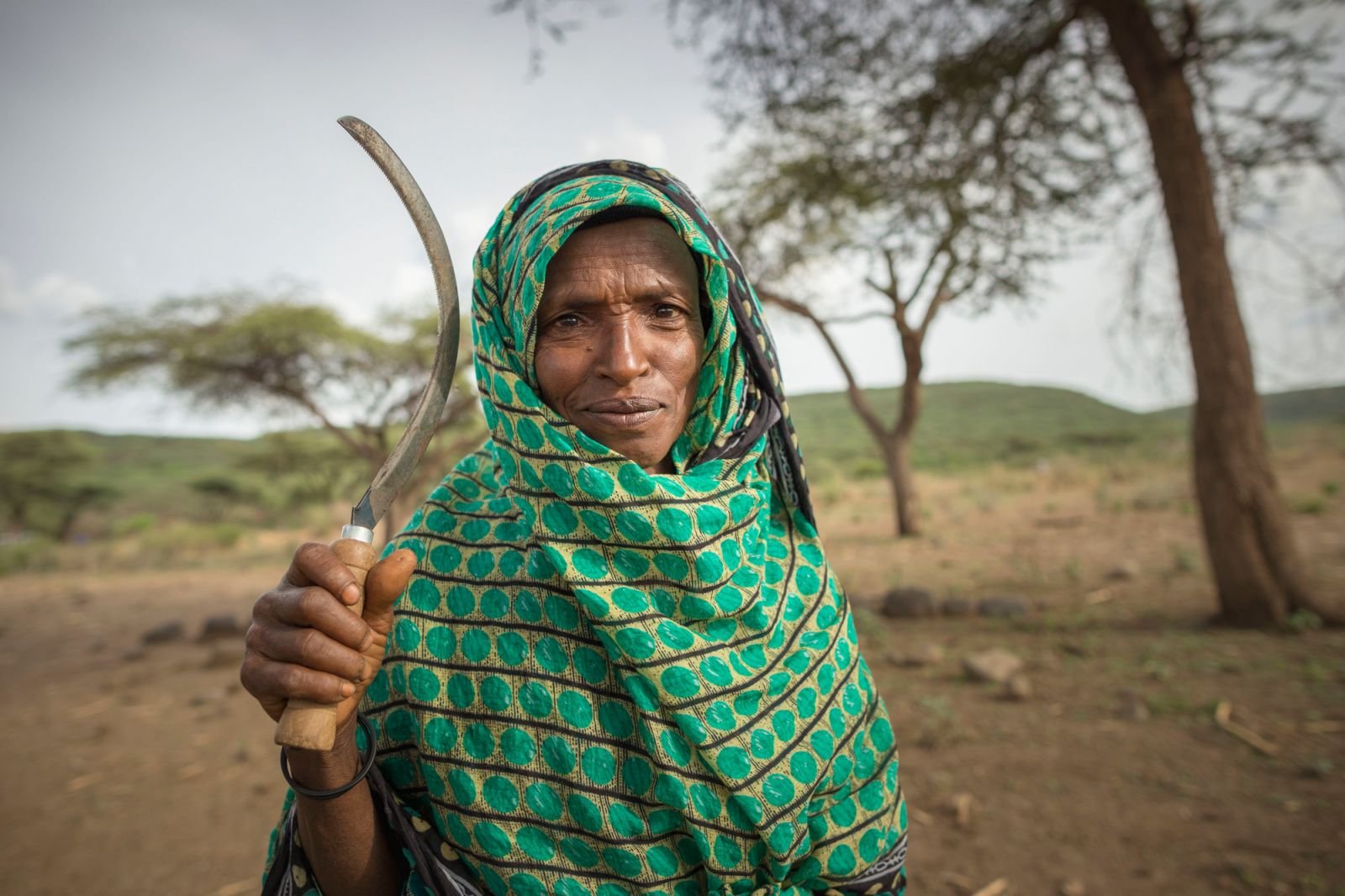 9. Ethiopia – A vicious cycle of disaster, hunger and displacement, about 7.9 million people suffer from a serious level of malnutrition, particularly pregnant and lactating women, infants and the elderly

Ethiopia faced multiple challenges in 2019: there was a drought in the eastern and south-eastern parts of the country, localised flooding, as well as the significant humanitarian and recovery needs of internally displaced people, refugees, returnees and host communities. To read the full report. 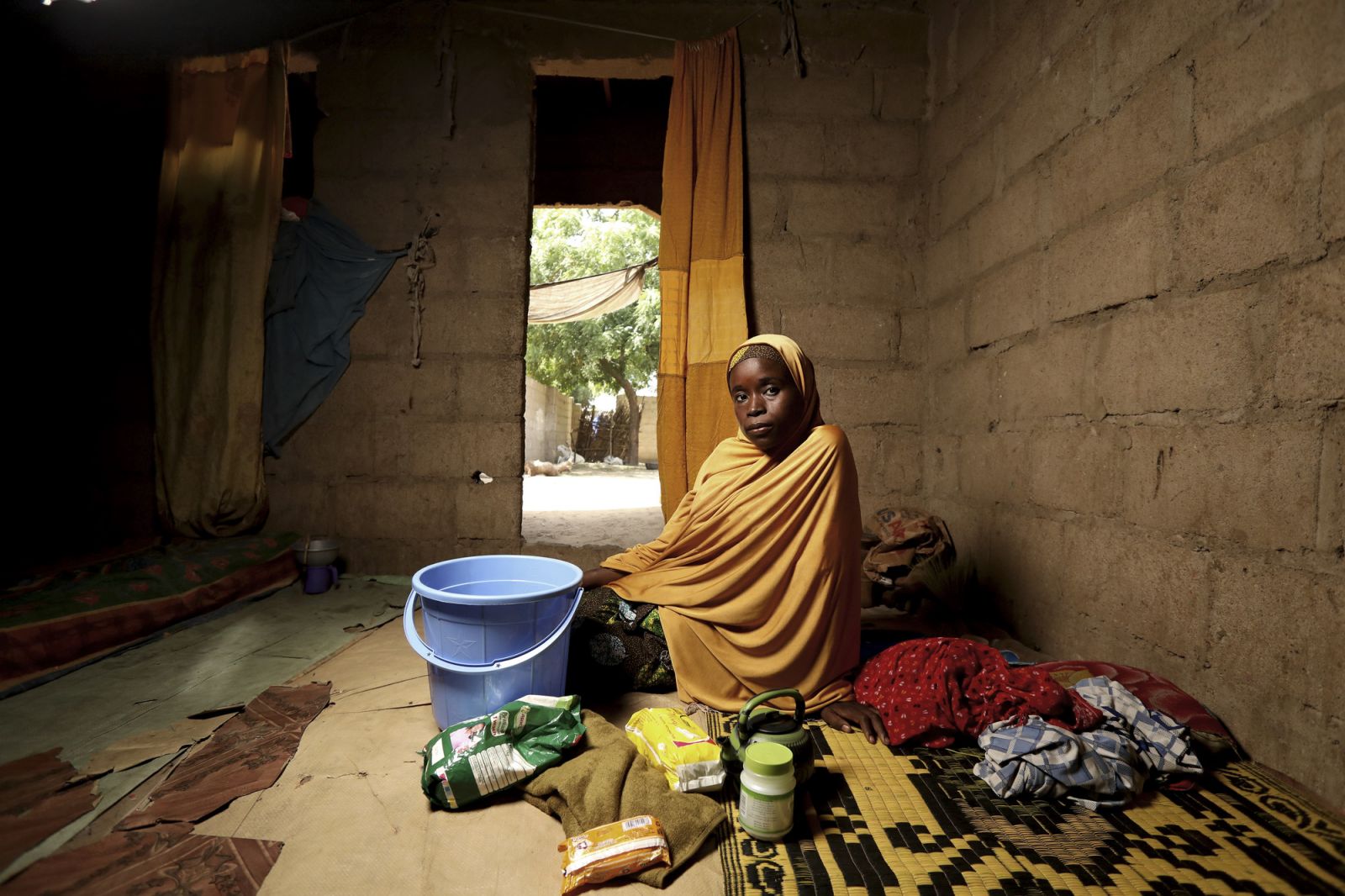 The crisis in the Lake Chad Basin has many faces: 10 years of conflict and violence, poverty, hunger, displacement and the sinking water levels of the lake have led to nearly 10 million people in need of humanitarian assistance.68 In Chad, about 657,000 displaced are in need of help. In addition, thousands of refugees from the Central African Republic and from Sudan have sought refuge in Chad. To read the full report.

About CARE: Founded in 1945 with the iconic CARE package, CARE is a leading humanitarian organization working around the globe to save lives, defeat poverty and achieve social justice. CARE places a special focus on working alongside poor girls and women because, equipped with the proper resources, they have the power to lift families and entire communities out of poverty. CARE works in 100 countries and reached more than 68 million people last year. To learn more, visit www.care-international.org.