Winds of change bring good tidings for the people of Mossuril, Mozambique 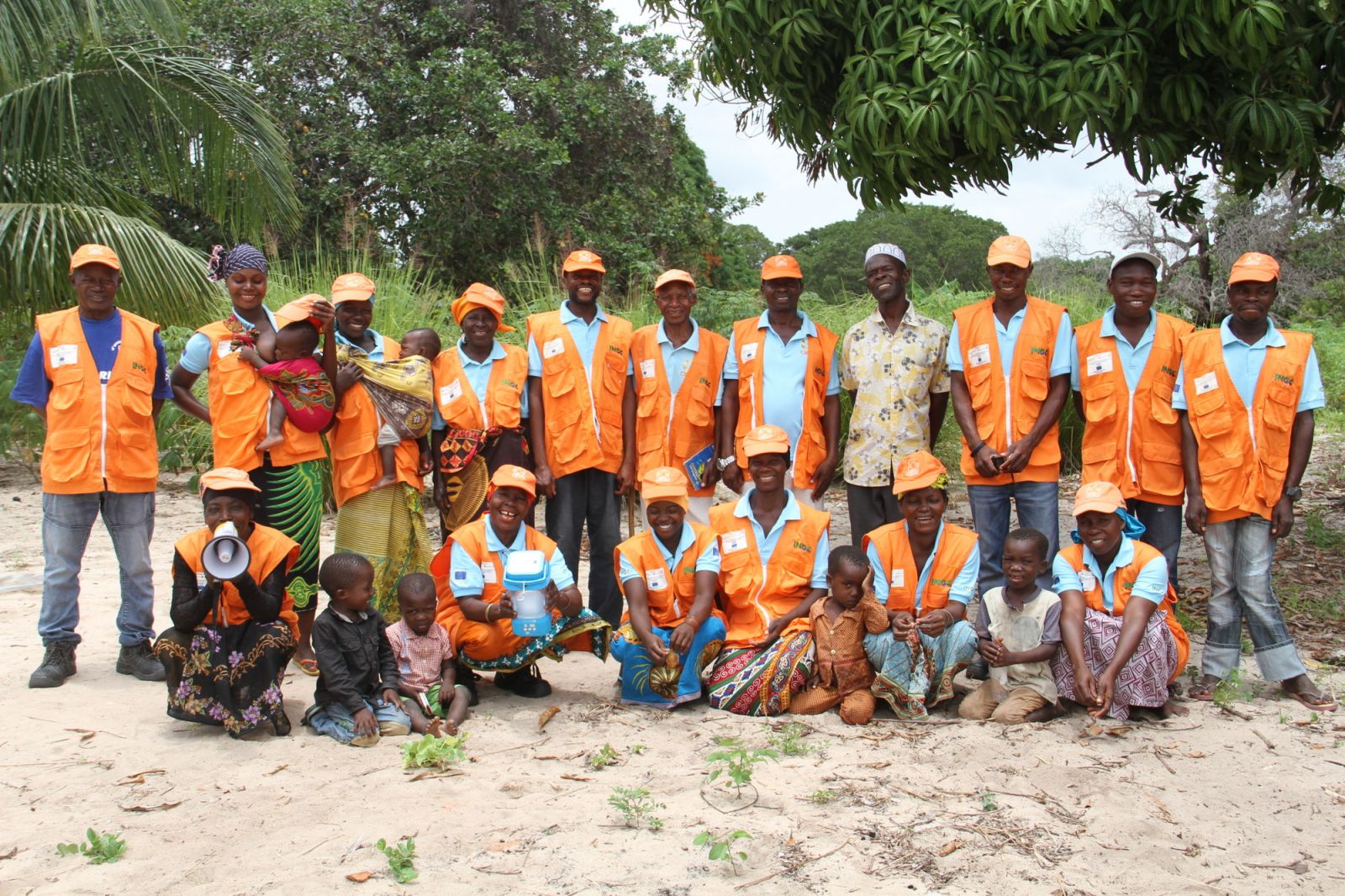 Risk and Disaster Management committees made up of local residents from across Mossoril were trained by CARE (Photo Credit: Aderito Bie/CARE)

Mossuril, a district on the north coast of Mozambique, is no stranger to the devastation that comes with cyclones, heavy rains, and strong winds.

Most years, storms wreak havoc on this coastal community in Nampula province, and Mossuril’s residents count the cost of damage to roads, bridges and homes, many of which are made of nothing more than woven palm and thatch. Lives are lost and familes made homeless.

But the introduction of an early-warning system by CARE together with the Mozambican National Institute of Disaster Management (INGC), is bringing good winds of change to the people of Mossuril. At the first sign of threat to communities, instructions are issued via megaphone warning residents a storm is approaching, advising farmers not to go to the fields and the district’s many fisherfolk not to take their small boats in to the sea. Flags are hoisted ensuring all residents are aware of the need to prepare.

Risk and Disaster Management committees made up of local residents from across Mossuril were trained by CARE on emergency evacuation and the identification of safe places for shelter, as well as helping communities prepare for the storm and protect their livelihoods. Each group is equipped with life-saving items including life jackets, ropes and first aid kits.

“I learned how to use a megaphone to alert families to leave their homes and look for safe areas,” says Mrs. Ramadane Ali, from the village of Nantoa, who attended the training. “I use the megaphone to tell people not to go fishing nor to the fields because heavy rains are approaching. To reinforce my message I raise flags that alert the entire community about bad weather.”

Last year, CARE and the INGC introduced early warning systems in three districts in Nampula province: Mossuril, Nacala-a-Velha and Memba. Three alert levels were established: blue is issued if flooding is anticipated within 48 hours; yellow indicates flooding is imminent and is issued within 24 hours; and, finally, red which warns residents that flooding will take place within 6 hours, and to seek shelter in safe places such as schools or hospitals, already idenitified by their local committees. These levels are determined by the INGC and the message passed on to Risk and Disaster Management committees via text. In each community, CARE has provided cellphones to at least 50 members of Risk and Disaster Management committees to ensure the messages are well received.

Mrs. Anifa Ibraímo is the member of her local Risk and Disaster Management committee tasked with identifying the safest places in her community for residents to seek shelter in an emergency situation.

“People need to know where they should go and how they should proceed at the time of emergency,” she says. “During training, we identified evacuation sites with committee members and local leadership.”

“In the past when we built, we would place only wooden stakes and clay, and when it rained heavily, our houses would be destroyed immediately,” explains Mr. Levane João. “But now we use burned blocks, and reinforce the house with wooden stakes.

This year, when heavy rains and strong winds hit Mossuril, Nacala-a-Velha and Memba districts, communities were prepared. Committees sprang in to action, initiating the early warning system and warning residents of approaching storms.

“Before, when it rained we would stay at home, thinking that the rain would not destroy our homes but now when I heard the megaphone warning of the change in the weather I took my nephews, documents, clothes and food before it started raining, says Mrs Telvina Mussá, a resident from the village of Cabacera Pequena, in Mossuril district. “We took shelter in the mosque which we were advised was the safest place. So the children's school documents and their uniforms did not get reuined.”

Mozambique is one of the most vulnerable countries in the world to cyclones and storms. But for the people of Mossuril, CARE’s early warning system has brought winds of change – and peace of mind.

“Before, we did not sleep at night during the rainy season fearing how and when the rain would come to devastate everything and everyone,” says  Mrs. Amina Essaica, a resident from the village of Nifique-Nicule, in Mossuril district. “But now we believe we will hear the megaphone sound before the rains and we will have time to save our lives and our goods.”

This project is funded by EU Humanitarian Aid.

To learn more about our work in Mozambique, click here.