“We lost everything. But the most painful part was losing my brothers.” 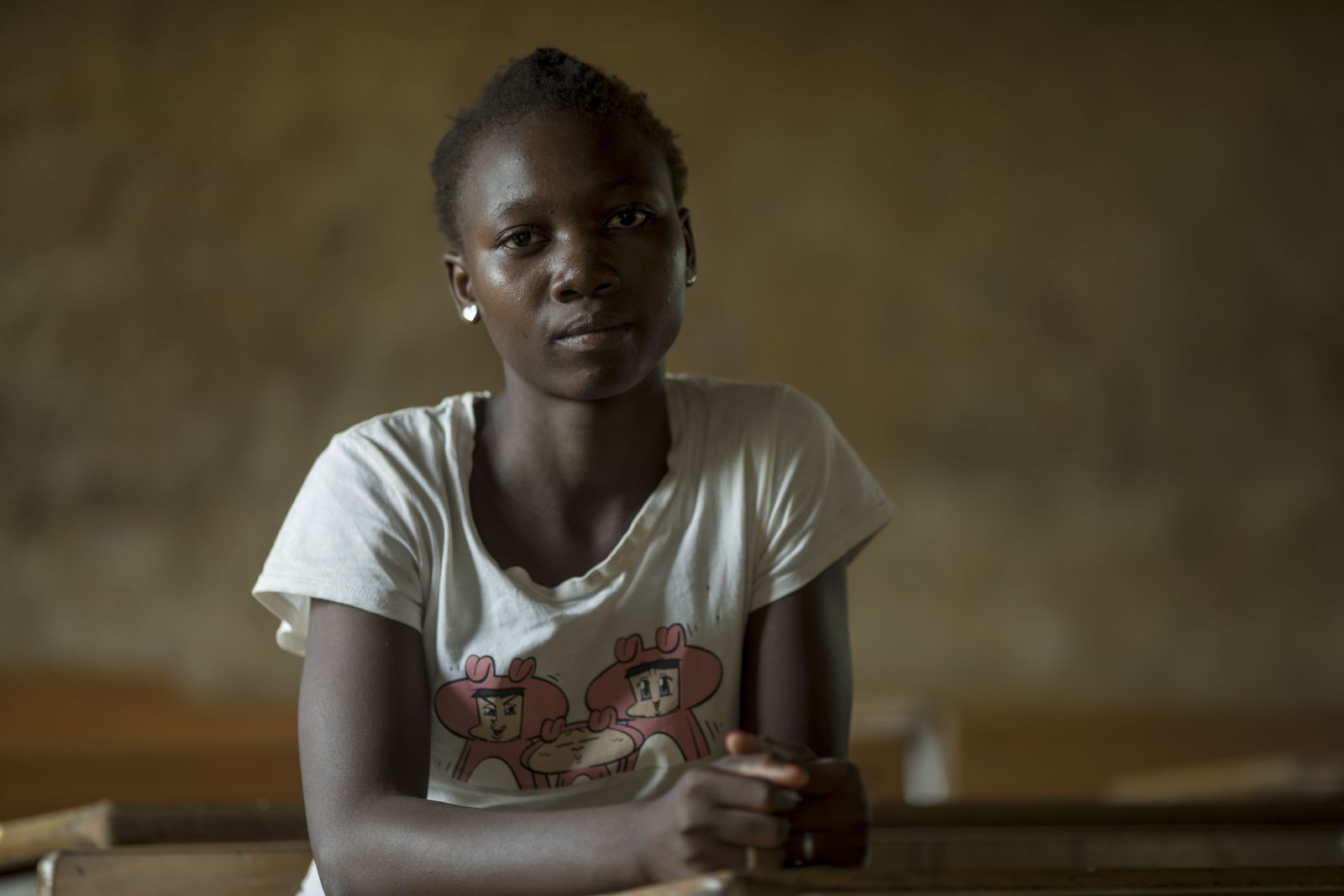 Lurde is in 7th grade at the Nharuchanga Primary School in Nhamatanda, about two hours away from Beira by car. She describes how she lost three of her brothers when Cyclone Idai destroyed her home, close to Beira. She was living with four of her brothers at that time because her mother could not afford her school fees. One of her brothers, working in Beira, supported her instead. Her father passed away in 2010 due to sickness. She now has two sisters, two brothers and her mother left and lives back in her hometown in Nhamatanda. Eight people live in their temporarily rebuild home: Lurde, her mother, one sister, her two nephews and her three nieces. Her mother works in agriculture to support the family and they rely on aid.

In total, about 2,000 students attend her school. CARE started supporting her school in April 2019 with the distribution of menstrual kits, hygiene kits and hygiene awareness. CARE is currently also building new latrines and is planning to rebuild classrooms that were destroyed during the cyclone. In total, 14 classrooms and the school warehouse were destroyed. The school remained closed for two weeks in the aftermath of the cyclone. Nharuchanga Primary School has 37 teachers who teach children from grade 1-7. Each class has about 70 children.

"I still remember seeing the cracks in the wall moments before my brothers were buried in the rubble." 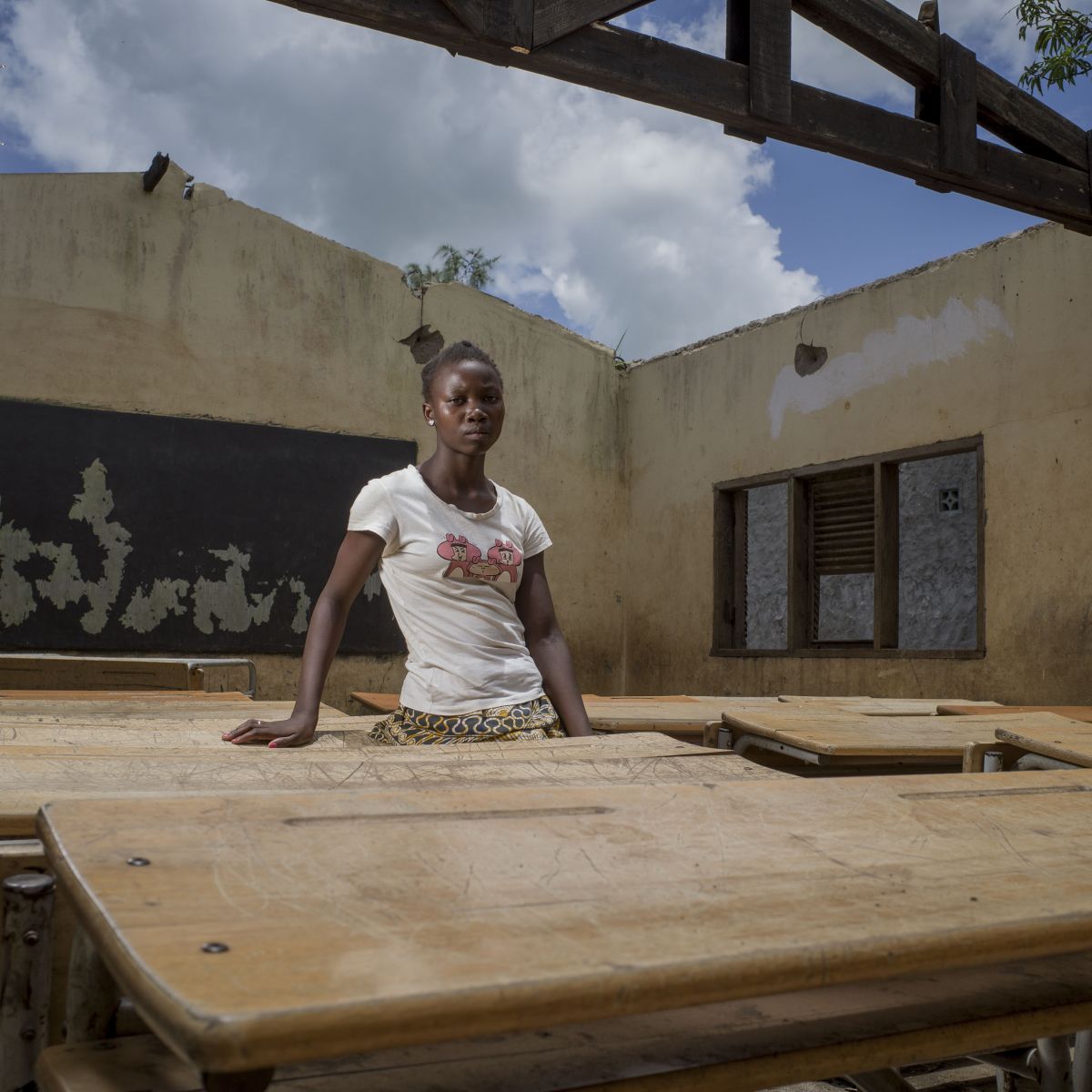 "I lost three of my brothers during the cyclone last year. It was a Thursday. I was living with them and my oldest brother on the outskirts of Beira, who supported me so that I was able to go to school. My teacher that morning said that a big storm was coming but we didn’t believe him at first because we saw no signs. But in the evening I woke up from the noise of the wind. It was so strong, it blew our roof away. I was very scared. A big tree in front of our house fell against our wall and my brothers rushed to the cabinets resting against that wall to take out bags and folders with important certificates and documents. That’s when the whole wall collapsed on them. One of the stones hit my head. I still remember seeing the cracks in the wall moments before my brothers were buried in the rubble. One of my brothers was still breathing and we tried to save him. We called the police and they took him to the hospital. But just minutes later we received a call saying that he didn’t survive. It was so painful to lose them.

Our neighbor helped us to seek shelter in a school building nearby. We stayed there for one week before helicopters came and took us to the city of Beira. A plastic tent became our new home and we stayed there for a month and a half. I was thinking of my mother and other siblings who lived in our hometown in Nhamatanda, about two hours away from Beira by bus. I was scared that they had died as well. But when my mother got to know that I was living in the camp in Beira she came and decided to take me home. She still didn’t have money to support me and my school but I was so happy she came. Her house had also collapsed and she stayed with the neighbors for one week until one of my brothers helped rebuild a temporary home. It’s just one room and we are eight people who stay there.

"When I grow up, I want to become a biology teacher." 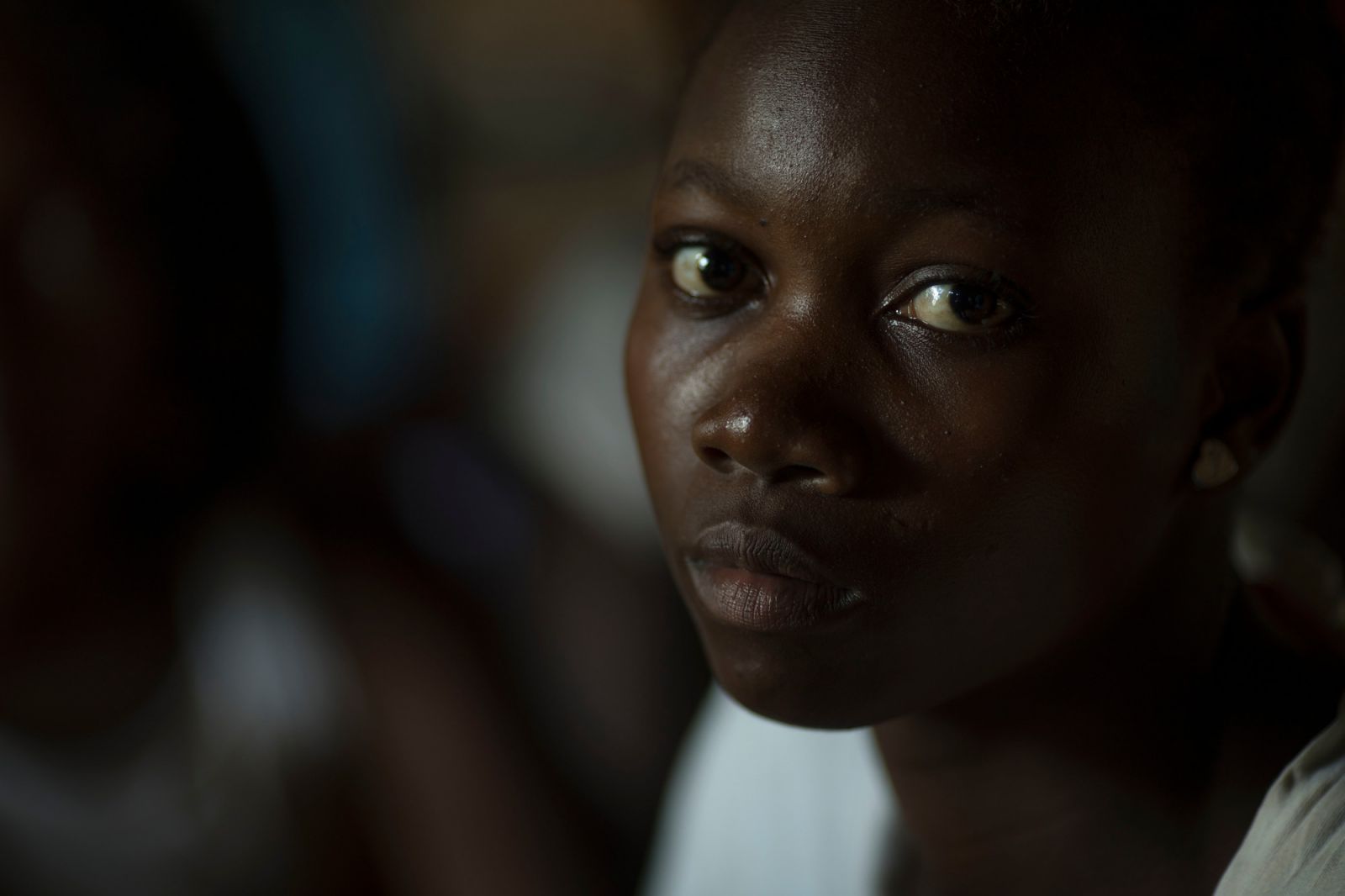 Life is still not normal. Our home is too small for us and we struggle with food. But I am able to go to school. My favorite subjects in school are music and biology. And one of my biggest hobbies is drawing. When I grow up, I want to become a biology teacher. On a normal day, I wake up at 4 AM. I then sweep the floor, clean pots and pans or wash clothes. I then read the bible and go to school around 6:30 AM. At lunch time I go to the market if I have money and buy some groceries. I then go home, help cook and clean and play with my neighbors in the afternoon. Sometimes I go back to the market to buy food for dinner but only if we have money that day. I then cook, have food and talk to my mother and siblings before bedtime at around 8 PM. We think of my brothers a lot, I miss them. My favorite memory with them was when we used to hike in the mountains close by and played soccer together. They were good to me. I loved them very much. Two of them used to study and one was working day jobs to support us.

When I pray in the mornings, I pray for my family. I pray for us to be protected and always stay together. I don’t want to be separated from my mother and my other siblings anymore. When I lived close to Beira, I only got to see my mum about five times a year. It was not enough. If I had one wish, it would be to live in a real house again. I am very happy about the help we received. CARE gave me a new schoolbag and buckets, soap, underwear and other items I use daily. What also helped was to be taught how to wash hands and practice good hygiene to stay healthy. I didn’t know of that before. But I still require more help, I need school books, pens and a uniform and shoes. We were not able to take anything with us when the floods destroyed our home. We lost everything. But the most painful part was losing my brothers."

Interview conducted by Jennifer Bose from CARE Germany/Austria, during an assignment to Mozambique in February 2020.

In March 2019, cyclone Idai slammed into Mozambique, Malawi and Zimbabwe with speeds of more than 200 kilometers per hour, causing severe damage. One month after Idai, a second storm hit northern Mozambique while the country was still recovering from cyclone Idai. More than 600 people died and 1,600 were injured during the unprecedented disasters of Cyclones Idai and Kenneth. Furthermore, hundreds of thousands of people have been displaced, crops have been destroyed and livelihoods lost as a result of these storms.

In the aftermath of Cyclone Idai, CARE built 360 temporary learning spaces and rehabilitated classrooms, ensuring lessons continue for some 33,700 students. New classrooms and health centers are being built with resilient materials, ensuring they are able to withstand future events. CARE’s WASH programming activities include providing hygiene kits and appropriate latrine facilities for almost 57,655 women and girls. The kits include soaps, sanitary pads, water buckets and other items. CARE is also rehabilitating latrines at schools. In addition, CARE is providing training on hygiene practices and promotion for community volunteers, students and teachers. The community volunteers pass on their knowledge on hygiene and help to improve their communities.

Figures are correct to the date of edit. For the latest figures, or for more information about CARE’s work in Mozambique, visit www.care.org.mz.