Violence in the Workplace: When Work is at Home

“We have to not only deal with a lack of work, but when we do get it, we have to handle the contractors and the things they do because they think they hold power over us.” 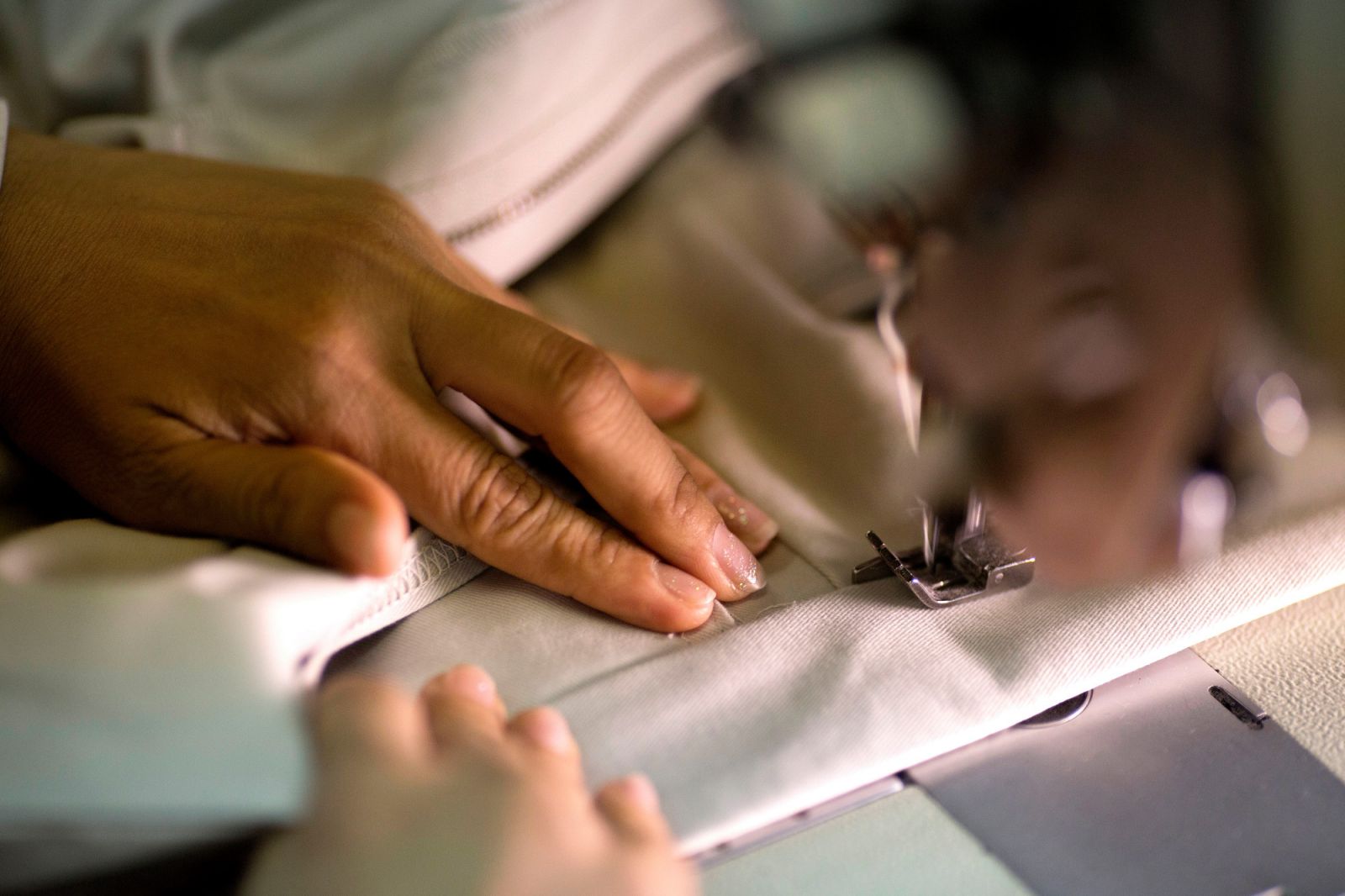 Did you know that an estimated 60% of garment production in Asia is done at home? Homeworkers can be at risk of violence both at home and in their dealings with contractors, but often have no protection from this under the law.

Kokila used to work as a home-based tailor in Delhi, but found her work at home led to violence from her husband. “I worked stitching garment pieces for a contractor and often had to work nights to finish my work,” she shares. “My dedication became the cause of physical abuse. If my husband woke up he would hit me and tell me to stop working on the sewing machine. He claimed that the noise made by the machine did not let him sleep.”

Kokila’s husband did not see the merit in her work, even though this brought in extra money for the family. “I endured the constant violence because I needed to earn this additional income to give a better life to my children,” she says.

Home-based work can also place women at risk because they are dependent on contractors for future orders. Many women say contractors feel a sense of superiority and control over homeworkers.

“We endure constant harassment every time we have to go to pick up work,” agreed a group of workers who came together to discuss this. “The contractors find themselves very much at ease touching or talking to women inappropriately or in a manner which makes us uncomfortable. They believe we are not equipped with any particular ability to do anything about it. If anybody at any point speaks against this, they simply do not give them any work.”

More often than not, workers put up with the harassment so they can still earn. This is something CARE believes women should not have endure simply for access to work.

Organisations such as those working with CARE’s partner HomeNet South Asia encourage women to work together to address these issues. To support this, CARE wants better laws against violence and harassment globally.

The International Labour Conference 2018 is discussing a proposed Convention on ending violence and harassment against women and men in the world of work. CARE believes homeworkers such as those working in the garment supply chain should be protected from harassment at work equally alongside those working in factories.