Turkey: A refugee, mother, wife and business woman - How Shifa followed the path of her dreams 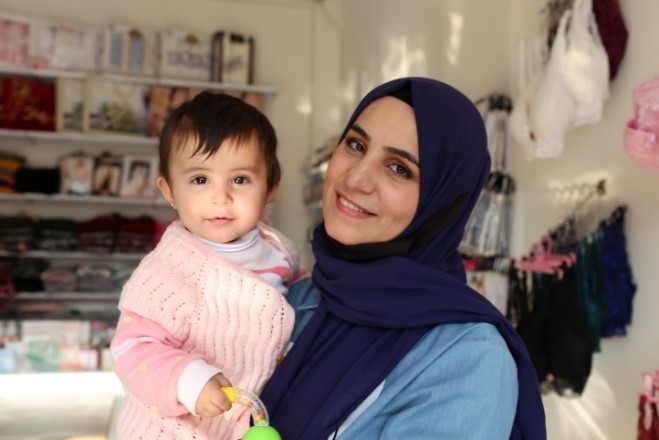 Shifa is a 25-year-old Syrian refugee living in Turkey with her husband and ten-month-old baby girl, Jilayda. Since she was 16, she practiced hairdressing and started planning for her career when she was in Syria. But the war changed her life, like many other young Syrians.

In 2012, Shifa was forced to leave her hometown of Aleppo in northern Syria and cross the border to Turkey. She made the journey with her parents and four sisters, thinking that they would return when the situation improves. Settling in Turkey was not an easy choice for the family, as they found themselves in a new community, facing a new language and a differing customs. Her father could not find work, so together with her younger sister, Shifa found work to support her family and learned Turkish in a short time.

At the young age of 17, Shifa had worked several jobs and became more independent. She could no longer imagine herself staying at home, without a job. Because the war was still raging in Syria, her family decided to settle in Turkey and establish a reliable family business. Shifa and her sisters helped to open up a grocery store that was run by her father.

Marriage did not stop Shifa from continuing to work and think about starting her own business. “Since I started working in Syria, I have been dreaming of the day I would start my own business,” she says. She wanted to work in hairdressing, but Turkish labor laws required that a hairdresser would first work under the supervision of a licensed hairdresser for seven years. 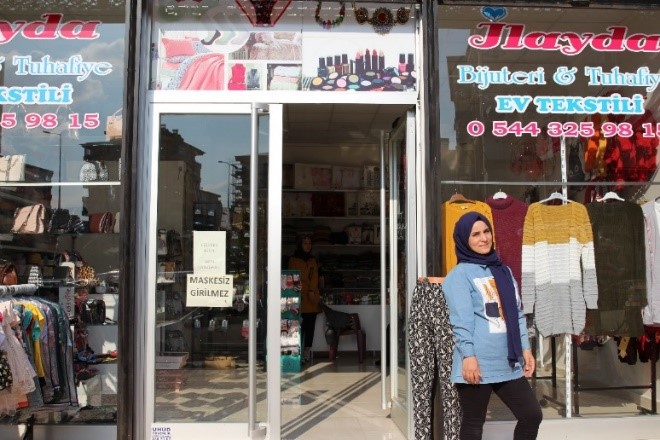 Before the COVID-19 pandemic, she had started selling clothes and cosmetic products from home and making a good income. During the lockdown period, though, work slowed down and Shifa struggled to promote her business from home, while taking care of her newborn baby girl. “During the lockdown, I was a new mother. I cannot say it was happy times, neither psychologically nor financially. It was a difficult time for me,” Shifa explains. One day, she learned, through a Turkish friend, about the micro-credit program that CARE offers to empower women economically. Shifa registered her name in the program with a Syrian friend and began attending training sessions on entrepreneurship and awareness of women’s rights and empowerment. She decided to expand her business and open a store through the loan she received.

Five months ago after the lockdown was ended, Shifa opened her store. She is now seeking to expand her business and bring more goods to the store. “I feel happy because I am doing what I always wanted to do. Now that I own shop under my name and my supervision, I feel empowered. Despite the challenges, I am happy and I still have big dreams to expand and grow my business,” Shifa says.

Still, Shifa faces many challenges. The most important of which is to take care of her baby daughter and her home. She remains, nonetheless, positive and does not hesitate to express her happiness, “I am happy that my husband supports me. He always asks for my advice and we participate together in making decisions at home.” 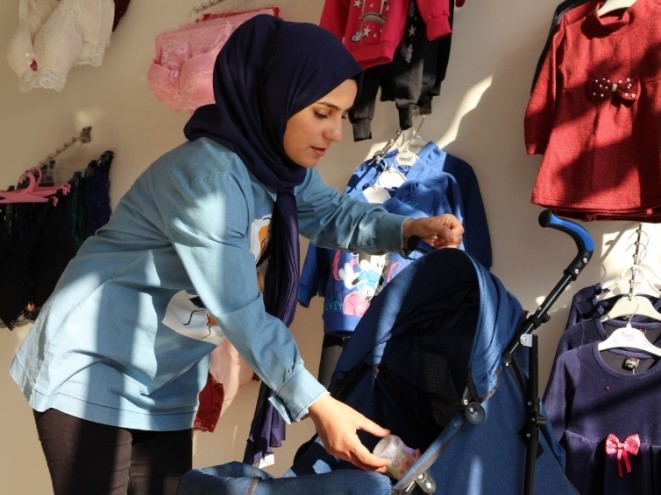 Even though Shifa feels like she faces some discrimination in her community, most of her Turkish friends are supportive of her and help her when needed. “Some tell me that I am Syrian and shouldn’t open a store and compete locals in the area. On the other hand, I have met many Turkish customers who I am friends with and they support me.”

Shifa won't forget when she told a Turkish customer that she wasn’t selling that month and joked that she might have to close her business. The next day, she was surprised by the Turkish woman bringing her neighbors and friends to the shop to buy clothes, then saying to Shifa, “Now, you do not have to close your business.”

Shifa’s experience inspired many of her friends who started their own business and now come to her for advice. A relative, who works in handicrafts, and whom Shifa had encouraged to participate in CARE’s micro-credit project with CARE, now also has her own business, which has flourished and she is earning well.

“Many women may think that they belong in the house only and that their role is limited to cooking, cleaning and taking care of the children. But what if life forces us to work? We should be prepared. Many cases of violence against women occur because they have stopped working and have given up their rights. A woman should take an active role in society and defend her right to make decisions that concern her life and her family.”