Hardo Mazou is a farmer in Aguie, a village in the Maradi region of Niger. The 44 year old father of 14 has been farming his 50 hectares of land since he was a young boy, learning agricultural techniques passed down by his elders for generations. 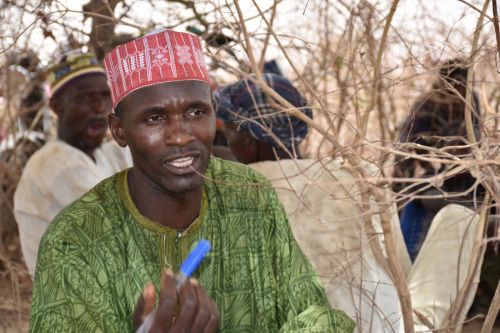 The area around Aguie is dry, and the soil sandy. You can travel for kilometers without seeing a single tree. Farming here is tough, even in the best of times.

Around seven years ago, Hardo began to notice changes in his crops, none of them good, and his millet yield had begun to decline. With fewer crops to sell, Hardo could no longer feed his family. Hardo was by no means alone, the same things were happening to other farmers in his community.

In 2015 Hardo ran in to an old friend who introduced him to CARE’s Drylands Development Program. Through the program, CARE is working with smallholder farmers like Hardo to build their agricultural skills and techniques including, importantly, the use of rainwater – a scarce commodity in this part of the world.

Two years later, Hardo is the president of Alforma of Aguie, a group of local farmers brought together by CARE. Alforma means favour in Hausa, and embodies the group’s spirit of lending each member a helping hand. Through the group, CARE brings together farmers, local government and technical experts, working with them to adapt traditional agricultural techniques to the modern conditions they now face. Climate change, drought and environmental degradation continue to play a profound role in the lives and livelihoods of the people of the Sahel - people like Hardo. 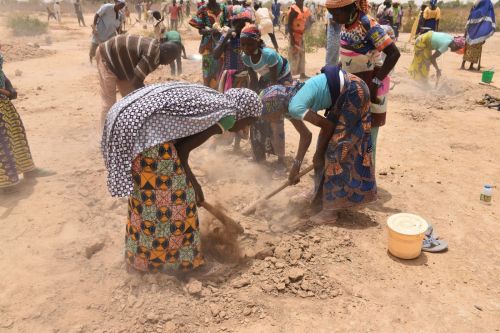 Members of the Alforma group digging holes in the shape of half-moons to catch rainwater to grow trees.

Key to the success of Hardo’s group is gayya, the traditional practice of farmers inviting community members to spend a day working on their farms to help with specific activities including sowing, weeding, and harvesting, in exchange for a meal. Through gayya, farmers are able to practice the skills they learn.

"CARE teaches us how to fish instead of giving us fish to eat,” says Hardo. “We have learned so much, and CARE has helped us with things like improved seeds and mastering the technique of making compost.”

Today Hardo harvests 74 to a hundred bundles of cereal stalks per hectare – a long way from the 15 to 20 bundles he produced in the bad days and enough to feed others beyond his family.

For Hardo and the farmers of the Alforma of Aguie group, the future is looking better.

“Our difficulties will be ancient history and we will become a mirror for the whole country,” he says. “This is my greatest wish and desire.”

Learn more about our work in Niger here.