Stop the War and Stop Separating Families: A Refugee Woman Pleads in Turkey

“Since the first day I arrived in Turkey, six years ago, I said to myself, ‘I will come back to Syria, I will come back’. I thought I would stay in Turkey only for a month, then one month became two, two became three and here I am, six years later, still in Turkey. You cannot imagine how difficult it is to leave your home, without knowing when and if you will ever go back.”

Salma*, 37 years old, is a graduate of English Literature from the University of Raqqa. She used to work as an English teacher for children in Tell Abyad, a town that borders Turkey in northeast Syria. Today, she lives in Gaziantep and works for CARE as a Case Manager, supporting Syrian people who - just like her - had to flee their home country, seeking safety in Turkey. 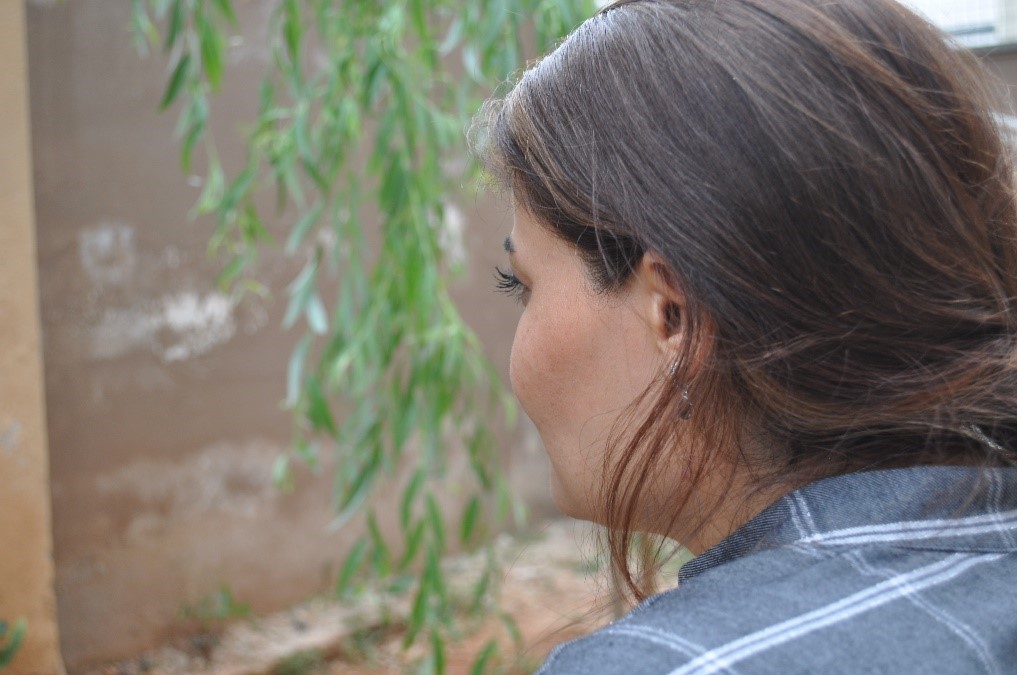 “Tell Abyad is a small and quiet place. Before the war, Kurds, Arabs, Armenians and Turkmen were all living peacefully together. We used to celebrate each other’s religious traditions and we respected one another. We were simple people who supported each other, despite our differences,” she says, as she describes how her life changed suddenly six years ago.

“On the 20th of July 2013, ISIS armed groups came into Tell Abyad. Less than a month later, I had to leave to save my life,” says Salma, as tears start filling her eyes. “There were rumors that I was a sniper. I was taken to court for interrogation. They were very offensive and did everything they could to intimidate us and make us suffer. They would come to check our house in the middle of the night. All they wanted was for us to leave. We had to hide our youngest brother out of fear of him being arrested or recruited. After a while, he left to Kobani and then to Turkey. He was the first one to leave”.

Salma has four sisters and three brothers. Like millions of Syrians, they were forced to leave their peaceful life when the war came to their town. The family remains separated until today, dispersed in three countries. Salma, her parents and two of her sisters are in Turkey. One of her brothers is in Germany with his family and the rest are still in Syria.

“I used to believe we would go back home but now I am losing hope. One of my brothers, who is still in Syria, sometimes calls to ask when we will go back. The truth is, the war is not over and we cannot take the risk. My parents are very old and need medical attention. We cannot go back until it is safe,” she repeats, with the pain of missing home evident in her eyes.

“I miss home so much and my parents are suffering because of it. It is part of our culture to stay close to our extended family. My father is the eldest of his siblings and every year, during Eid, everyone would come to our house, our uncles and aunts, our cousins and their children, everyone! We would all celebrate Eid together. In Turkey, we don’t have any relatives and this is very hard, particularly for my parents. My father is not doing well for that reason.”

Salma started working at CARE in 2015. As a Case Manager, Salma is responsible for planning and implementing Case Management activities aiming to address the vulnerability factors that expose refugees to serious negative physical and psychological harm as result of the crisis. In order to achieve that, she talks to Syrian refugees in Turkey and listens to their stories and the difficulties they are facing, as a way of helping them recover and improve their lives. There is no time limit for each case and the duration of response varies on a case-by-case basis. Yet, being in this role, as a refugee herself, is not easy for her.

“There are times when I come back home from work and cry because I listen to their stories and I feel like it’s my story. But this is the least I can do to help fellow Syrians who do not have the chance or means to rebuild their lives. I have to stay strong and even if it is exhausting sometimes, I do not have a choice,” she says. She adds that when she wants to disconnect from work, she enjoys taking walks with her friends in Gaziantep and visiting her family in Urfa.

For World Refugee Day, Salma carefully thinks about a message she would like to send to the world. She says, “I want to tell to the world that we must do everything we can to stop the war, not only in Syria, but also everywhere else. I know what the war feels like and trust me when I tell you that life during conflict is impossible. The decisions you have to make and the options you have are unbearable. I am still suffering from it now. Please stop the wars and stop separating families. Not being able to see our family is making us weak. Let people live their lives. It is enough.”

Despite the challenges, Salma has managed to stand on her own two feet and rebuild her life in Turkey. Her story is a true inspiration, not only for what she has achieved, but also, and more importantly, because she is a real example of how, with adequate support, refugees around the world can thrive and play an active role in supporting their communities to recover.

*Names have been changed to protect the identity of individuals. 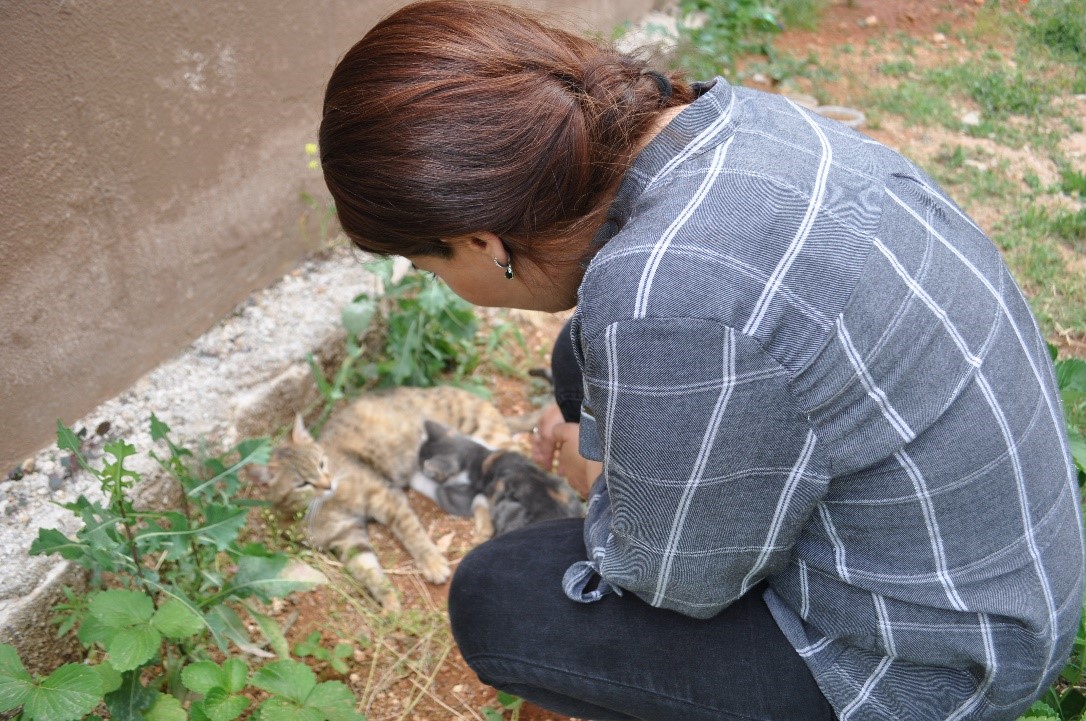 Salma* playing with a cat and her newborn kittens outside the CARE offices in Gaziantep, during a break from work. She started working at CARE in 2015. As a Case Manager, part of her job is to talk to Syrian refugees in Turkey and to listen to their stories and the difficulties they are facing, in order to help them recover and improve their lives. Being in this role as a refugee herself is not easy for her. “There are times when I come back home from work and cry because I listen to their stories and I feel like it’s my story,” she says.