Stop Telling Half the Story!

Demand more women in power. Our world is in crisis – let’s not leave 50% of the population out of decision-making.

We’re facing an emergency. Inequality is growing all over the world.

Women play a leading role during crises – in our families, communities and workplaces. They are also the hardest hit by both COVID-19 and the climate crisis. Yet women are still largely absent from decision-making roles.

We’re only hearing half the story.

There’s an opportunity for change – but we need to act urgently. Join us in demanding more women in power now. 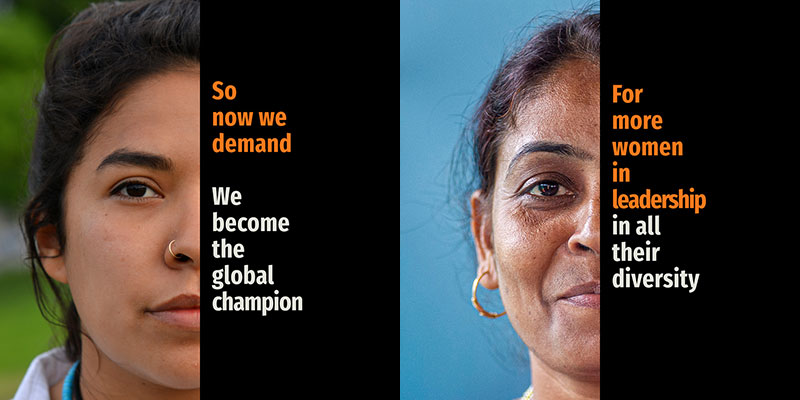 For too long, we’ve only been told half the story. The story of men, and not women.

For too long, women have asked. And while some things have changed, the world is still telling half the story.

So now we demand. We become the global champion for more women in leadership, in all their diversity. 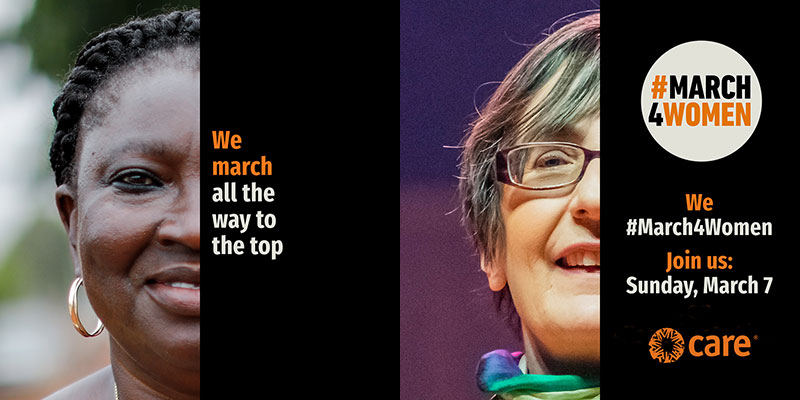 CARE International’s #March4Women is a global movement for gender equality; a celebration of the power and the potential of women and girls around the world, to mark International Women’s Day (8th March); and a rallying cry for anyone and everyone who wants to see a more equal world.

#March4Women is for people of all genders, because gender inequality is not just a problem for women and girls. It’s also a problem for trans and non-binary people – and for men and boys who want to live in a fairer, more equal world.

We recognise too that people of all genders face additional prejudice and discrimination in many forms – including ethnicity, age, sexuality, disability, and religion – and that all of these must be overcome to achieve equality for all.

We believe that being a bystander is not an option. If you don’t act, you are part of the problem. If you care about justice and equality, JOIN US TO #MARCH4WOMEN and be part of the solution!

The women in the pictures

The women featured in the photos above are:

(‘So now we demand/We become the global champion’ image) Jade Begay is a climate activist in the USA. Her Indigenous Environmental Network offers solutions, such as restoring coastal areas or sponsoring solar projects, with the aim of restoring the ecological balance on our planet. She says: “If the earth dies, part of my identity dies with it.”

(‘For more women in leadership in all their diversity’ image) Neelam Kumari is a health worker in Bihar, India. She says: “I love the fact that the acronym of my job title means hope in the Hindi language. I feel like a symbol of hope.”

(‘We march all the way to the top’ image) Jeanne Sekongo is an entrepreneur in the Ivory Coast. She says: “I enjoy being a role model because I can share my success with other women and support them. I tell women – if you want it, you can have it. You need to be strong. You mustn’t be afraid. You need to push ahead.”

(‘We #March4Women/We can march together’ images) Helen Pankhurst is great-granddaughter of suffragette leader Emmeline Pankhurst, and a senior advisor on gender equality for CARE.

Other women leaders featured in campaign photos on social media are:

(‘Women leaders inspire more women followers’ image) Rabeya Sultana Rabbi works as a mechanic in Dhaka, Bangladesh. She says: “Every woman should do something, be it any profession, with self confidence, and without paying attention to the naysayers.”

(‘We need more women to lead us through this’ image) Layla is a student in Somaliland. She says: “If I ruled the world, first of all I’d make sure there is justice and I’d encourage people to get an education. Going to school is like someone going from darkness to light.”