Somalia: On the receiving end of climate change 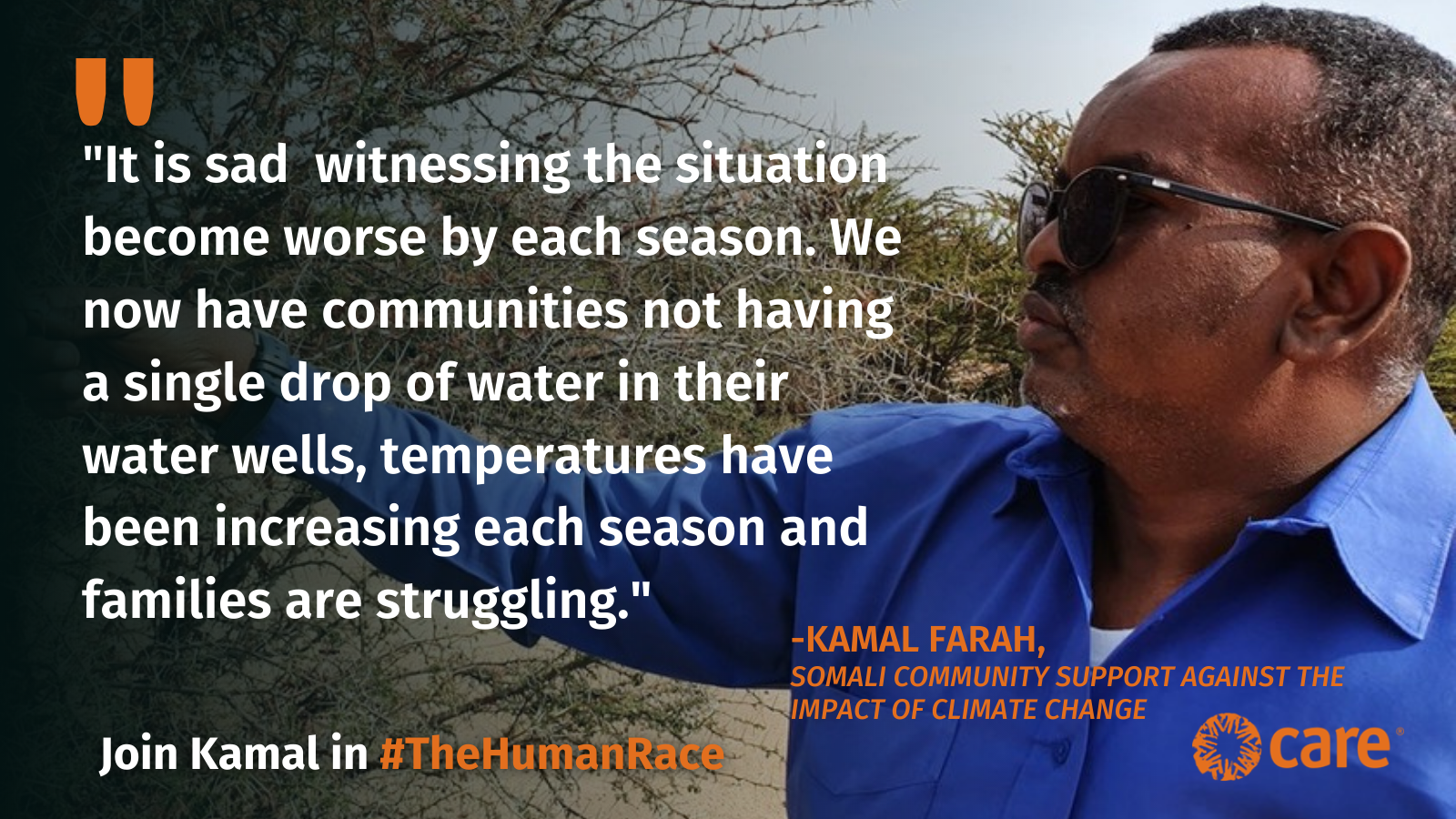 Barren lands, dried vegetation, news of locusts destroying crops, dried water wells, and rivers: this is a constant reminder as you travel through Somalia on why the world should act on climate change.

Somalia has been on the receiving end of climate change, highly susceptible to the effects of climate change and extreme weather, the country has witnessed devastating droughts, flooding, and locust invasions which have left communities reeling from the successive loss of livelihoods.

Already barren, the country has received below-average rainfall and extremely high temperatures which have led to most water sources drying up. Women and girls have been disproportionally affected by the effects of climate change as they now have to trek long distances to get water. In some cases, girls have dropped out of school as their families cannot afford to pay school fees due to the loss of their livestock.

One of the heroes working on the frontlines to combat climate change and reduce the mitigate risks on communities is Kamal Farah. His job involves supporting communities in Somalia on how they can better cope with the everyday effects of climate change.

“Growing up in Somalia we knew of the water challenges because of the geographical locations of some of our communities, I am particularly from an area where water is an everyday challenge and the majority of people still depend on shallow unprotected water sources. I have vivid memories as a child walking down miles every morning to fetch water for tea and breakfast.  It is sad growing up and witnessing the situation become worse by each season, we now have communities not having a single drop of water in their water wells, temperatures have been increasing each season and families are struggling” said Kamal.

"I remember meeting one family that told me that they now spend the whole day in their hot hut as they avoid going out into the direct sun- the reason is to limit the amount of water they drink per day as they have to walk for 40km to the nearest water source” added Kamal.

Not only has Somalia witnessed severe water shortages but communities have also faced the catastrophic effects of flooding. In 2020 more than 300 000 people were affected by flash and riverine floods which displaced more than 650 000 people. Many crops and property were destroyed by floods. Somalia remains an example of how climate change can disrupt livelihoods and a way of life in communities.

Pastoralists have had to abandon their way of life as a result of climate change-induced droughts in Somalia. In recent decades, the impact of climate variability on cattle, shoat’s survival, and livelihoods of pastoralists have led to substantial loss of livestock among pastoralists in mainly the western regions of Somaliland. From being self-reliant, a huge number of pastoralists are now settled in IDP camps and relying on well-wishers for their survival.

Business cannot go on, as usual, it is time to prioritize climate change actions to for the benefit of the world and communities especially in the global south who are adversely impacted and affected. It is unfortunate that as global leaders politicize the whole issue, a girl in Somalia is walking a long distance to get water, a pastoralist is losing his livestock every day while a farmer is losing his crops to floods and locusts. The effects of climate change are far-reaching in countries like Somalia and much more can be done to mitigate the effects.