Raped and wed by 14, this refugee volunteer fights against sexual violence 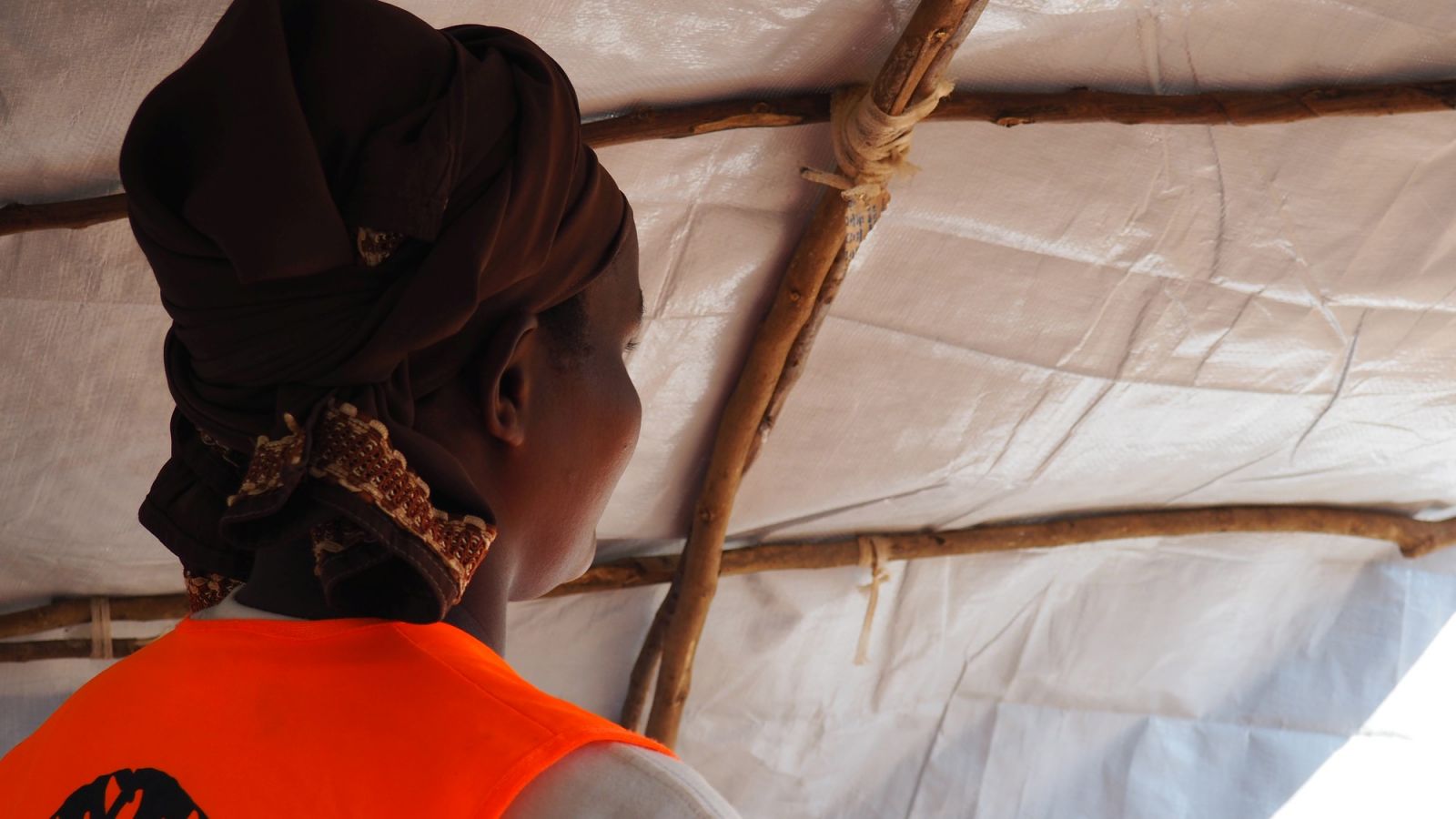 Earlier this year, thousands of Congolese risked their lives to flee their conflict-ridden country and seek refuge in Uganda. Pema* is one of them. Despite the trauma of rape, fleeing and violence, she is now trying to rebuild her life together with her 10 children in Kyangwali refugee settlement in Uganda. Eager to help people with similar trauma, she became a volunteer with CARE. (Photo Credit: CARE)

Pema arrived in Uganda in February 2018 with her 10 children. At the time, fighting was raging in Ituri, her home province, in the Democratic Republic of Congo (DRC). Thousands of people landed every day on the shores of Lake Albert, which separates the DRC from Uganda.

“Our village was attacked during the night. After they raped me, rebels stole our herd, and kidnapped my husband and my eldest child. I did not hear from them since. I think about my son all the time. I miss him so much.”

Pema now lives in Kyangwali refugee settlement, where she became a volunteer with CARE. After losing everything, becoming a volunteer gave her a new purpose in life. Her role is to raise awareness among women and girls about sexual and gender-based violence and early marriage, of which she is a survivor herself.

“I raise awareness among women and young girls about sexual violence, and I explain to them why one should not get married too young. I can help them because I experienced it myself. I don’t want it to happen to others.” she explains.

Pema fell pregnant from rape at the age of 14. Due to family pressure, she was forced to get married to her rapist and, in the years that followed, was forcibly impregnated with 10 more children. Because of her young age, her pregnancies led to many complications endangering her health.

“During my last pregnancy, I almost died. After I gave birth to my twins, I remained unconscious for two days. Doctors told me that I would not survive any following pregnancies and thankfully convinced my husband to sign the papers for my sterilization.”

Today, Pema meets with women and girls in the camp to inform them about their rights and existing solutions in case of rape and assault.

“What I’m doing with CARE is very important for me. I’m very happy to do it, because nobody should suffer like I did. I hope I can contribute to making a difference.”

CARE has trained 41 volunteers from within the refugee community to raise awareness on sexual and gender-based violence and sexual, reproductive, and maternal health issues, as well as inform the refugees of their rights to protection and where to access services. The volunteers play a crucial role in identifying sexual and gender-based violence cases in their communities.

Learn more about CARE's work in the DRC and Uganda.