Preaching for a Peaceful South Sudan

Rebecca Achol Atem-a local pastor from Panyagor- is using evangelism to promote peace in her area. She was trained by CARE in 2016 as a peace builder. ©Joseph Scott/CARE

For the past two years, Rebecca Achol Atem has gained a reputation as a peacemaker in her church and community. The thirty-three-year-old pastor from Panyagor in South Sudan says she found her new role as peacemaker exciting as it does not differ much from her duty of evangelism.

No peace, ‘no religion’

“Without peace, we can’t talk about religion,” says the mother of six. “That’s why I am so passionate about my new role as a peace maker in the church and also in my community.”

Rebecca has been a pastor in her church for more than four years. In 2016 she was nominated by her congregation to go for a peace building training supported by CARE.

“I realized that it was God’s hand that saw me being chosen to be trained as a peacemaker,” she says. “We have had a lot of clashes between different tribes in this area. This has brought bad blood among the people. As a pastor, my role is to bring them together and the training by CARE prepared me for the work.”

After her training, Rebecca says she has helped resolve countless conflicts within and outside the church.

“I am also a member of my local peace committee and whenever there is a problem in my area, I try to help,” she says.

Peace in the church and community

In most of the cases, Rebecca and her fellow committee members deal with issues relating to disagreements on marriage and bride price. But last year, they were asked to negotiate peace between two tribes who clashed because of land wrangles.

“I was called in as a pastor and peacemaker to broker a deal between the two feuding tribes,” explains Rebecca. “This was a serious issue as four people died in the clashes. I had to enlist the help of my fellow committee members because the situation was so tense.” 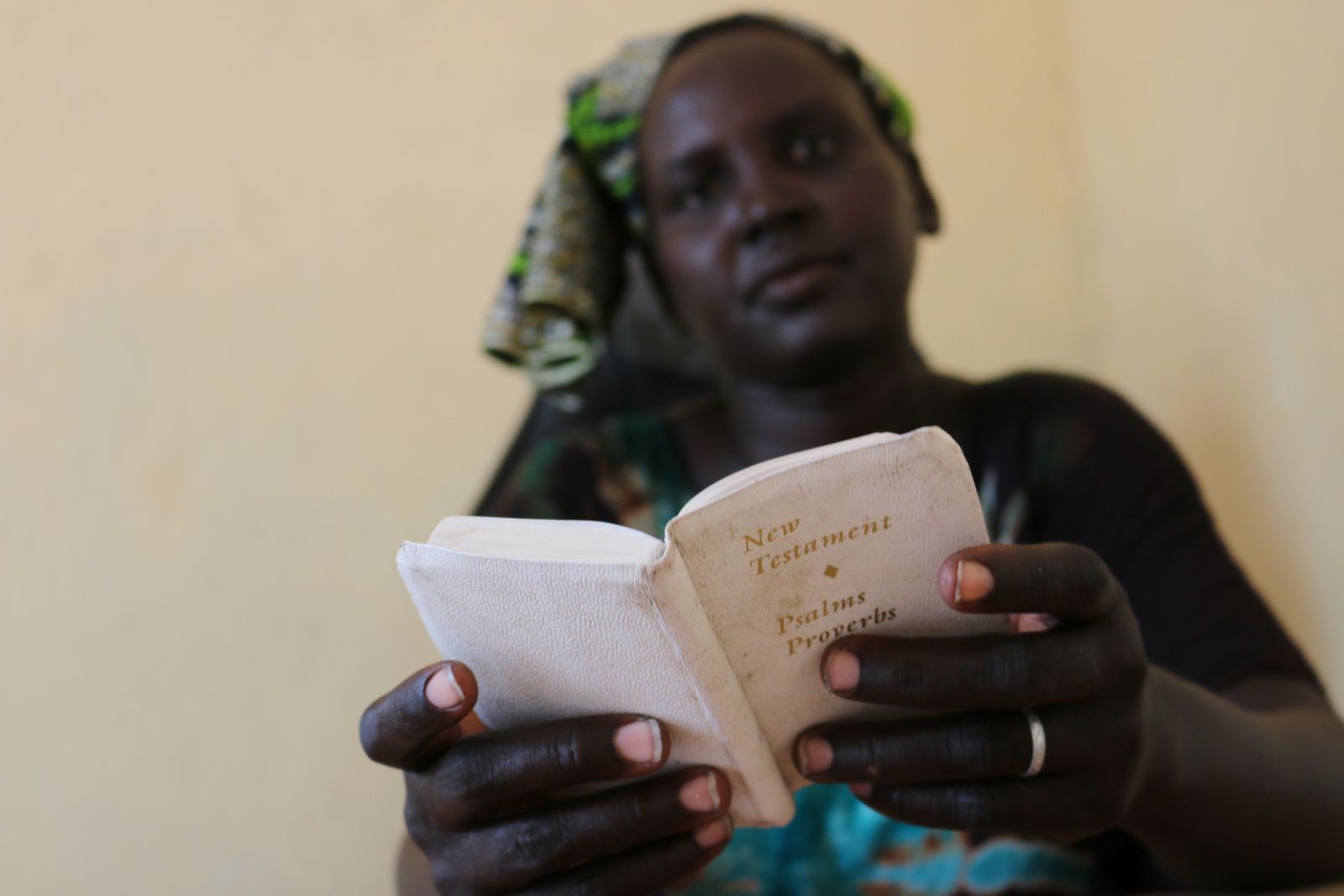 Rebecca use verse in the Bible and peace messages from her training to promote coexistence in her community. ©Joseph Scott/CARE

Despite the complexity of the issue, Rebecca and her fellow peace committee members managed to bring the two tribes together for peaceful dialogue. The matter was resolved amicably.

“In such tense moments, I always insist that we start with a prayer. It makes people less hostile to each other as we will have invoked the aid of a greater being. This is one strategy I used during the meeting with the feuding chiefs.”

Rebecca, who also works as a hospital assistant at the local health facility, sometimes take time off to preach the gospel of peace to schools around the area. So far, her peace committee has managed to form five peace clubs in the surrounding schools.

“We want to catch the students young before they are socialized in the culture of violence,” she says. “So far, we are having positive responses from the students. Their strong views against violence gives us confidence that the future is bright.”

Despite the numerous achievements in bringing peace in her community, Rebecca says poverty is a threat to their work.  She explains that most of the issues she has to deal with stem from either a fight for resources or a struggle for survival.

“Many families have nothing to eat. So, they offer their young girls to well to do people in return for dowry,” says Rebecca. “This has been one source of conflict in my area as other possible suitors feel short changed and resort to marriage bidding. If one is not successful in the bidding, they often resort to violence.”

Marriage bidding normally happens when someone rich challenges the dowry offered by another for a girl by increasing the number of cows. Due to poverty, many parents settle for the highest bidder, and in most circumstances, the girl marries an old but rich person or someone the she has never met.

“We don’t have a ready answer to issues such as marriage bidding but we always raise awareness on the rights of the girl child. Our message is that educating the girl child is the best weapon to defeat poverty,” says Rebecca.

Although there are still conflicts in her area, Rebecca feels that the number has gone down when compared to the past. She adds that more people, especially young people, are now aware of the need for peace.

“I appreciate the training I got from CARE, it taught me so many things which I am using now as a peacemaker. However, we need to engage as many young people as possible and make them understand that violence always begets hate.

“This is our only chance of influencing future of peace and tranquility. If we do that, then the future of our children is bright. From the work we have done so far, it’s very much possible.”

For more of our work in South Sudan, click here.