“Our only home is gone, in the blink of an eye"

64-year-old Hasna is sitting on the floor in the corner of a 4x4 meters wooden shack. She is surrounded by the whole family; two daughters and three grandchildren – all under 7-years old. Her family is the poorest one in the neighborhood. The shack was built a month after her old home was flattened by the late September earthquake in Sulawesi, Indonesia. "We are all women here. No husbands. No sons-in-law. No man to turn to for help. We survived with the help of our neighbours," she says. 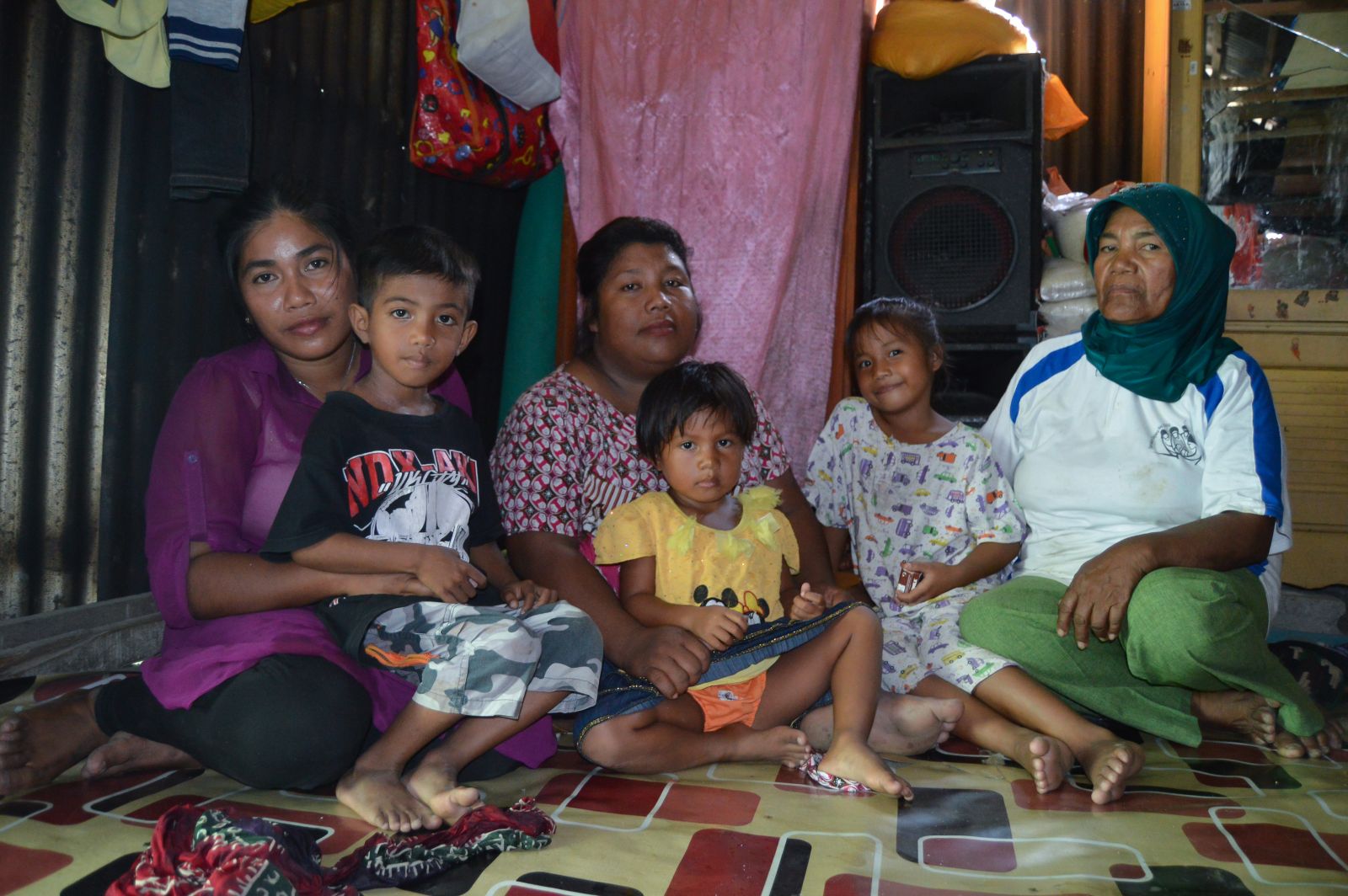 She still remembers clearly what happened that day. It was dusk, on September 28. Hasna was cleaning the house when the soothing voice of Adhan from the nearby mosque was heard, calling the Muslims to get ready for the evening prayer. The Adhan was not yet finished when she felt the violent shaking. She and her family ran outside; a moment later their home had collapsed. "It was a devastating scene to see. Our only home is gone, in the blink of an eye," she says. For a poor family like Hasna’s, losing a house is losing everything.

Hasna and her family live in Balentuma village, Donggala district, Central Sumatra, Indonesia around 100 km from the province’s capital, Palu. After her husband’s death, Hasna stepped up to become the head of family. Single-handedly, she raised two daughters Ayu and Wiwik, who are now 32 and 26 years old. They both married, but their husbands live in other parts of the island for work, so they still depend financially on their mother. Hasna makes a living by trading fish in the traditional market. On good days, she earns four dollars a day. On bad days, she sells starch, known as ‘sago’ by locals – and earns only one dollar a day. For decades, the family has been living in poverty.

“Trading fish is the only job I know. I cannot do anything else”, she says, while gazing at her three grandchildren, Lintang, 4, Renaldi, 5, and Aulia, 7, “I have six people to feed".

Located in the Pacific Ring of Fire with 129 active volcanoes, 17,000 islands and over 80,000 kilometers of coast, Indonesia is prone to natural disasters. Every year, earthquakes, floods, tsunamis, and volcanic eruptions disrupt lives and caused wide-spread devastation. An estimated 90 million people - around 40 percent of the country’s population - are vulnerable to disasters. In some cases, disaster also triggers more inequality; the poor get poorer and more vulnerable while the wealthier leave disaster prone areas; increasing the inequality gaps.

Poor women, like Hasna and her family, are amongst the ones who bear the greatest social and economic cost when disaster hits. Without much money, they were forced to use cheaper, less durable materials to build their house, which also meant it easily collapsed when the earthquake hit. Now, they cannot move to a safer location as they have no other land to rebuild their house on. They have no savings or investments, and their source of livelihood is gone. Hasna and her family were not prepared to face such a disaster. They have zero ability to cope with such events. Without long-term assistance, this disaster is likely to push them into extreme poverty.

As part of its emergency response, CARE has provided immediate life-saving assistance with basic shelter and hygiene supplies to Hasna and others like her. But it is also planning longer term livelihoods programs through cash-based interventions that give them the flexibility to rebuild their lives and strengthen their resilience in the face of future disasters.

CARE is looking for USD 10 million to help provide this longer-term support to people affected, including water and sanitation facilities, shelter, and jobs over the next four years.

“I hope now I can get a new home and for my children and grandchildren to have a decent life,” says Hasna.