The latest escalation in hostilities in northwest Syria is now in its fourth month. Hundreds of civilians have been killed or injured due to airstrikes and shelling, while some 630,000 displacements have taken place between the beginning of May and the end of August, as people flee their homes to escape war. Having nowhere else to go, the majority of displaced families have been forced to move to areas close to the Turkish border and sleep in makeshift tents, in camps that emerged on agricultural land. These densely populated areas are now the only place people can escape the violence in Idlib. What does this mean for a woman and a mother? How is life in these areas? Let’s learn more about it directly from them.

“We never feel safe” - Salma*, a mother of three in Idlib 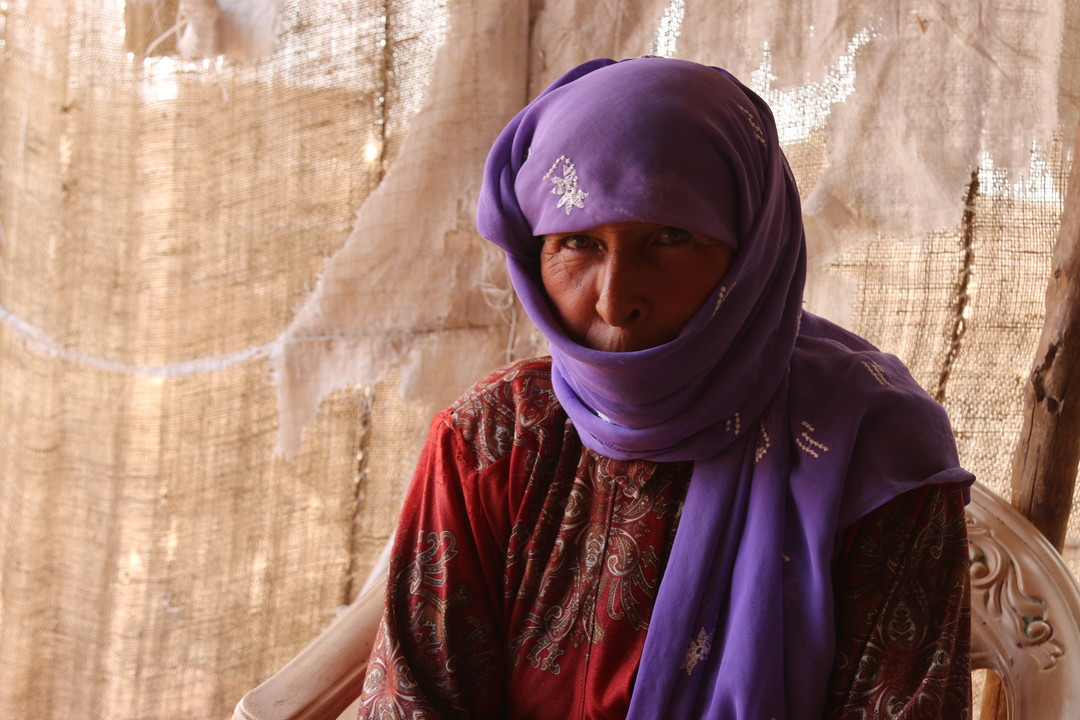 Salma used to live in the southern countryside of Aleppo, with her husband and three children. She is now displaced in the north of Idlib and lives alone with her children in a makeshift tent. She has become the sole caretaker of her family, as her husband is missing since the war began in Syria. “Since the war started, it has been following us wherever we go. We had to leave our home, close to the city of Aleppo, almost nine years ago. Ever since then, we have moved to several cities and villages. We were in Saraqib, Azaz, Kafr Nouran and now here, in this camp in northern Idlib. My life has become a constant displacement”.

“The most difficult part of living in in a camp is that you can never do what you want. The tents are very close to each other and there is no privacy. This is very hard, especially for women. I spend my day cleaning the tent, cooking and taking care of my girls. Winter is the most difficult period of time in the camp because of the rain and the cold. Everything is covered with mud and we don’t have what we need to make our tent warm at night. My girls and I have to collect firewood from the mountain nearby, hoping that it will keep us warm during the harsh winter nights”.

“We can never go back home” - Amira*, a mother of two, displaced in northwest Syria 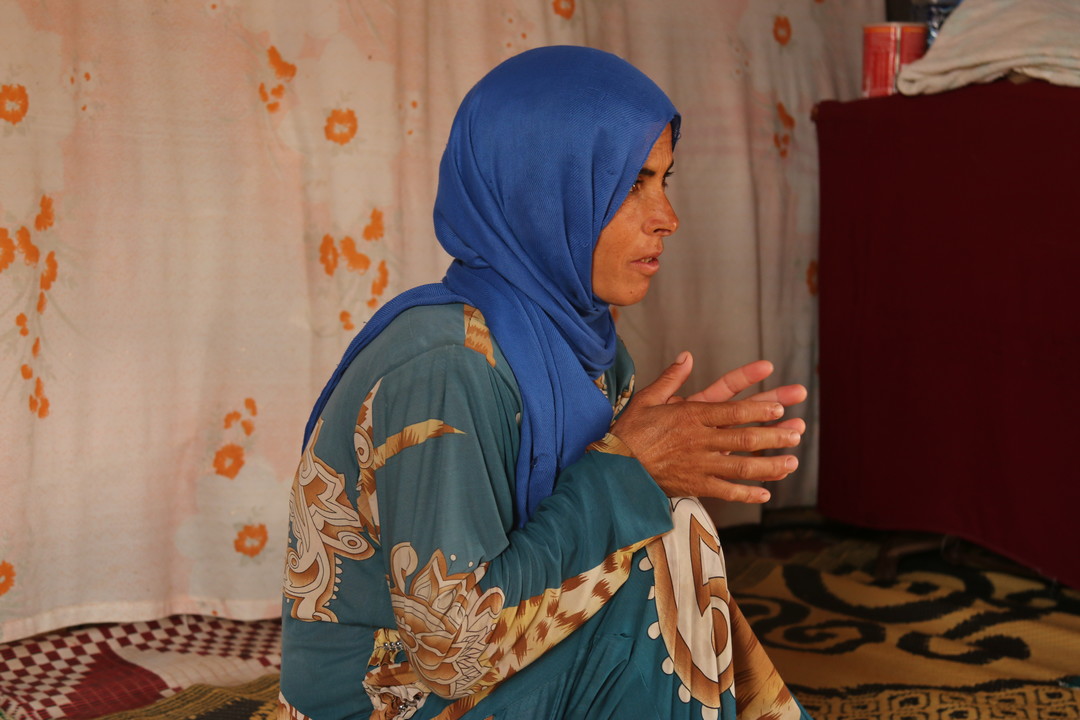 Amira is from a small village in the southern countryside of Idlib. She has two children: a six-year-old girl and a 13-year-old boy. Today, she lives with her children and husband in a camp near the Turkish border. Due to the several displacements the family have experienced since the war began in 2011, Amira’s 13-year-old son had to drop out of school. Amira is devastated when she speaks about his future.

“I want my children to go to school, but there is no hope for this at the moment. The schools that are still open, are very far from the camp. I am very sad. I feel that their future is lost before my eyes and I can do nothing to help.”

“To survive, we rely on humanitarian aid, help from relatives and frequently have to borrow money. Living in the camp deprives us of many essential things, such as food. We can’t find vegetables, meat or chicken. During the rare times that these are available, we usually do not have enough money to buy them. Thank God, we are still alive because we have wheat and rice.”

“I miss feeling safe and secure” - Nafisa*, a mother and a grandmother, originally from a village in southern Idlib 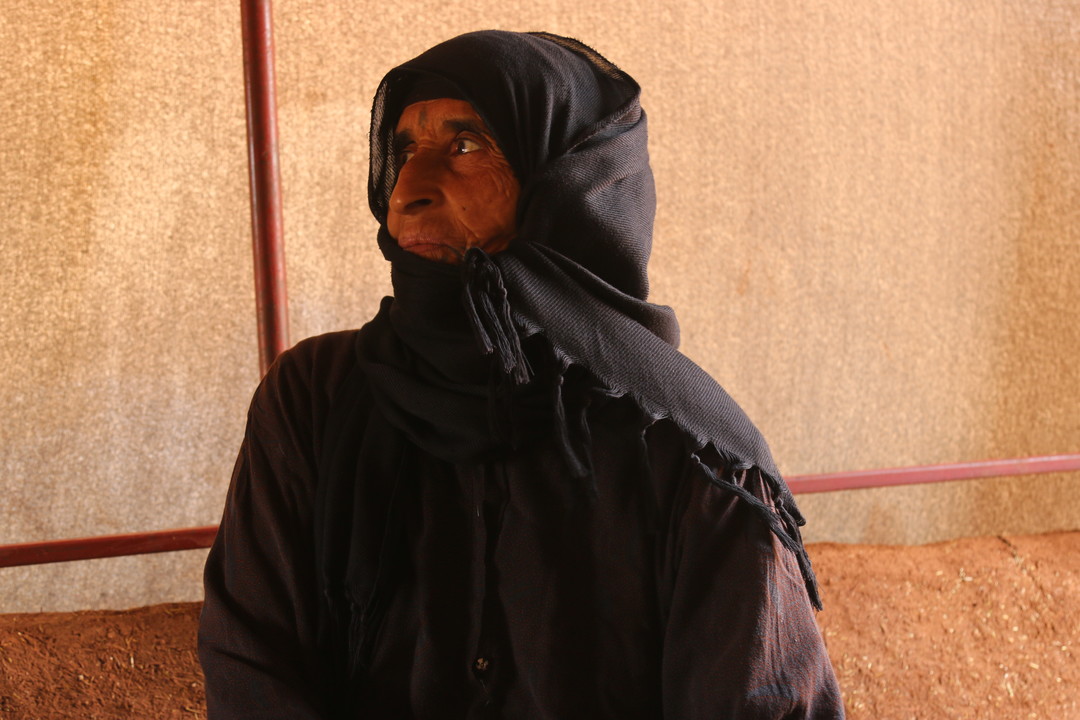 "We are like other families who have been displaced by shelling, hunger and difficult conditions. We lived in our village peacefully and had everything, but the war took everything away from us. When I was young, I used to work in agriculture, but when my girls later took over working in the land. After the war started, I decided to leave my home, where I lived the most beautiful moments of my life, and left the village with my daughters in search of a safe shelter. Constantly moving from one place to another is very hard for me. I am old and we were displaced more than four times before settling here.”

“Every day goes by very slowly for me. There is nothing to do, only cooking and cleaning. Living in the camp is very difficult. I wish I could return to my village and my home; I miss feeling safe and secure. We live in a state of constant fear and caution. We pray to God every day to keep us safe.”

"Thanks to your organization, we have clean water and personal hygiene items, such as soap, toothpaste and other items. But the needs are still great. We hope that you will continue to help us as much as possible.”

Almost nine years of war have left 11.7 million people in Syria in need of humanitarian assistance. Like Salma, Amira and Yara, millions are struggling to survive, fearing for the lives and well-being of their children. Since 2011, half of the Syrian population fled their homes and became displaced, either inside or outside the country. Women and children have been affected the worst by the crisis, as they are among those who suffer the most in times of conflict. At the moment Syria is among the most dangerous places on earth. As the humanitarian situation in North West Syria continues to deteriorate, CARE and the organizations it partners with in Syria will be scaling up the humanitarian response further and will continue to monitor the situation and work to ensure that the aid response is timely and coordinated.