Nine on the Ninth: Hopes and Fears for the World’s Newest Nation As South Sudan Marks Ninth Anniversary of Independence 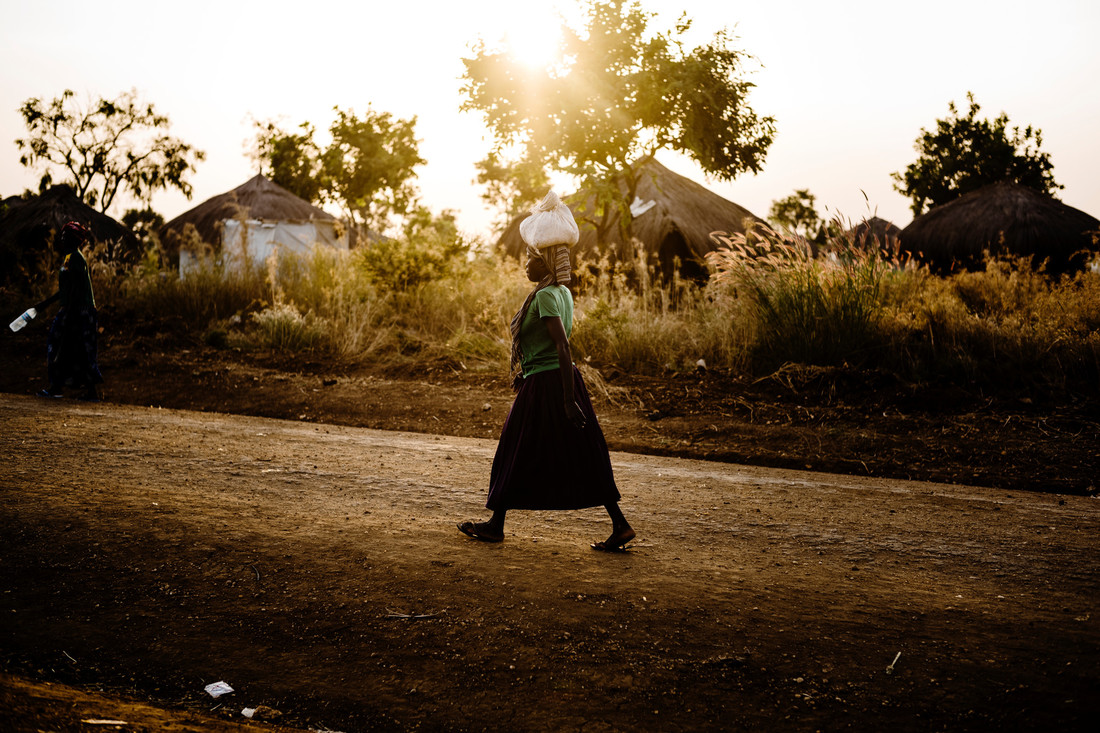 When South Sudan was celebrating its independence nine years ago, *Grace was months away from having her first child after an unexpected pregnancy that meant she had to leave her family home and get married to a boyfriend she had known at school.

The marriage quickly became abusive, with Grace doing small jobs to provide for the family and pay for school fees and hide from her husband, a soldier, who would take the money to buy alcohol.

In late 2013, just two years after independence, civil war broke out in South Sudan’s capital Juba and spread across the country. To date, the fighting has caused 2.25 million people to flee to refugee camps in neighbouring countries, and displaced 1.6 million people within the country.

South Sudanese women and girls already face extreme levels of gender-based violence (GBV), much of which goes underreported. The current conflict has seen brutal levels of violence being used against civilians, including sexual violence as a weapon of war.

After Grace’s parents fled South Sudan to Uganda, she really feared for her life. Last year, more than half the recorded GBV cases in South Sudan involved intimate partners.

“The abuse started quite early and it got worse when I was alone in the country”.

“This man could not give me peace, he used to harass me, threaten me and say pull a gun on me and say he would shoot me”.

Grace tried getting her husband’s family to help, then the village chief, and then the authorities, but all of them seemed powerless to stop the abuse.

“I went to police and they said: ‘We can’t arrest a soldier’,” she says. 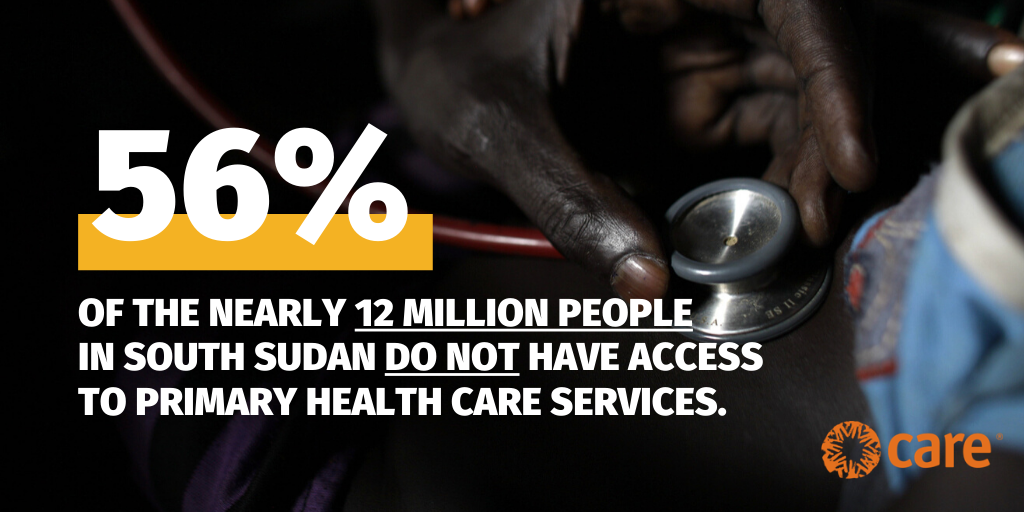 Grace finally heard about a CARE safe house that helps women and girls who have experienced gender based violence, and she received counselling and advice.

“I was not knowing that there were people who can help or do anything, even that women have rights, so I just found that out when I went to the safe house”.

CARE social worker *Jane sees women and girls coming to the safe house so traumatised and depressed due to prolonged suffering and chronic violence that they are crying and cannot eat for days. But even the most severe cases referred from hospitals and local authorities that involve women being hit on the head with sharp object or pregnant women punched and kicked until they go into early labour don’t know that the violence is wrong until they receive counselling.

“We always tell them this hitting, beating and rape is not normal,” says Jane, who also helps girls escaping child marriage.

“They come running from their families”.

After trying mediation and going back home, only to face more violence, CARE staff linked Grace to legal services. She secured a separation and custody through the courts, and her husband was transferred to another barrack.

“This man is threatening me, always abusing me, beating me as a slave and so I said I needed a divorce and they accepted me”.

After receiving more counselling from CARE, Grace moved states and enrolled in a nursing course.

“These people helped me a lot because they moved me to another place and got me back into education,” she says.

“I like nursing and now I do small business to pay my tuition fees. I see the future of my children ahead and know that I can help”.

At independence, decades of conflict and underdevelopment meant that a South Sudanese girl was more likely to die in childbirth than finish her education. 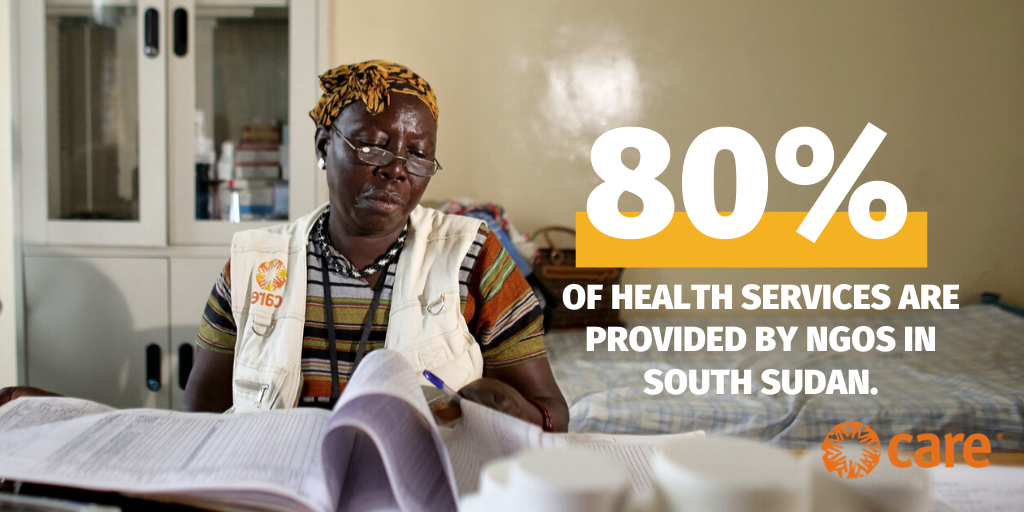 About 7.5 million people in South Sudan currently need humanitarian aid and more than half the people in the country do not have access to primary health care services. More than half also face face acute food shortages, and 1.7 million women and children are severely malnourished.

“Nearly a decade since independence, the situation for women and girls in South Sudan continues to be among the worst in the world,” says Delphine Pinault, CARE International’s Humanitarian Policy Advocacy Coordinator & UN Representative.

“COVID-19 is making this even worse and, in many parts of the country, female survivors of violence and abuse have nobody to turn to – particularly as funding for protection and GBV services is not materialising,” she says.

Jane sees that the lockdown is increasing cases of domestic violence and child marriage, while referrals and access to services has become more difficult.

“Though it is not being reported nowadays, we are finding in the community that most girls are going for marriage because of this situation, because there is no school, coupled with poverty and people struggling to get food.” 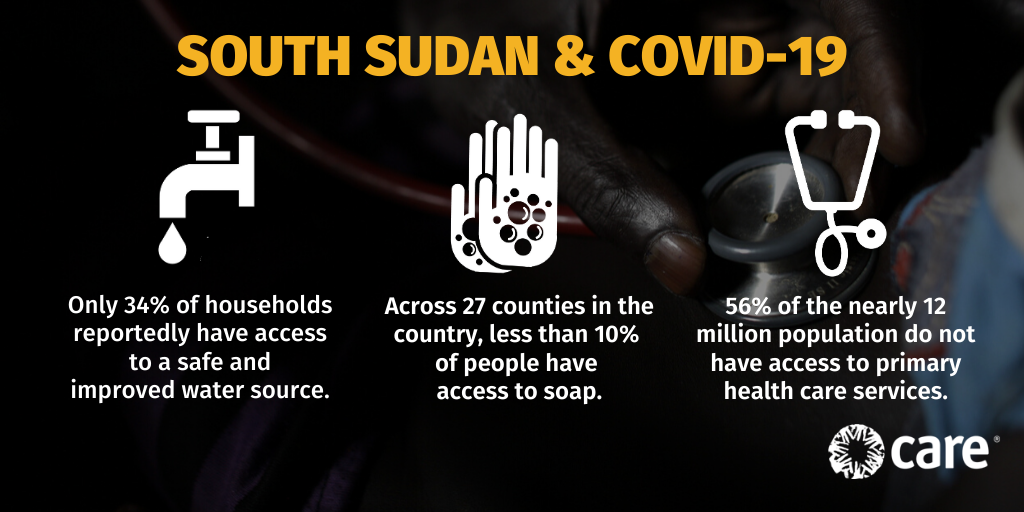 Despite all the challenges South Sudan faces, it has less than a third of the funds needed to provide humanitarian assistance.

As the world celebrated the birth of a baby nation nine years ago, Grace remembers struggling to find food and worrying about her future child. She thinks that women and girls now have greater freedom and opportunities, although there are still many challenges.

“What I’m seeing now is that people who are outside the country are coming back and many NGOs are coming and giving education to girls and even women”.

CARE South Sudan is working with women’s groups across the country to empower more women and girls and protect them from violence.

Grace now tells girls that the most important thing in life is getting an education, rather than getting married. She also urges women who may have missed out on school or completing their studies to come back to classes, no matter their age and domestic and parenting duties, to become role models for their children and help their fledgeling country develop.

“Mothers are dying while giving birth, there are no midwives and few nurses and everyone is going outside the country and not working inside, so I encourage these women to come back to school and study to help our nation”.

“My hope for the next generation is I really need all our ladies and my children included to be educated so that they can help the country, instead of bringing other people from outside to help, and I want them to rule the country too and be working in hospitals and offices”.

“I really appreciate really what people at the safe house did for me. They really shifted me from where I was and really helped me study. If I remained in my husband’s home I would not have been able to go back to school”.

Jane sees that in her town, many women and girls now know their rights, and know where to come when they are abused.

“This issue needs more continuous awareness, and changes cannot happen in a short time, but slowly, slowly, they will happen,” she says.

“Although the GBV situation really pains me sometimes, I feel really good that CARE continues supporting this and helps women from many, many corners”.