Niger: A Day in the Life of A Refugee 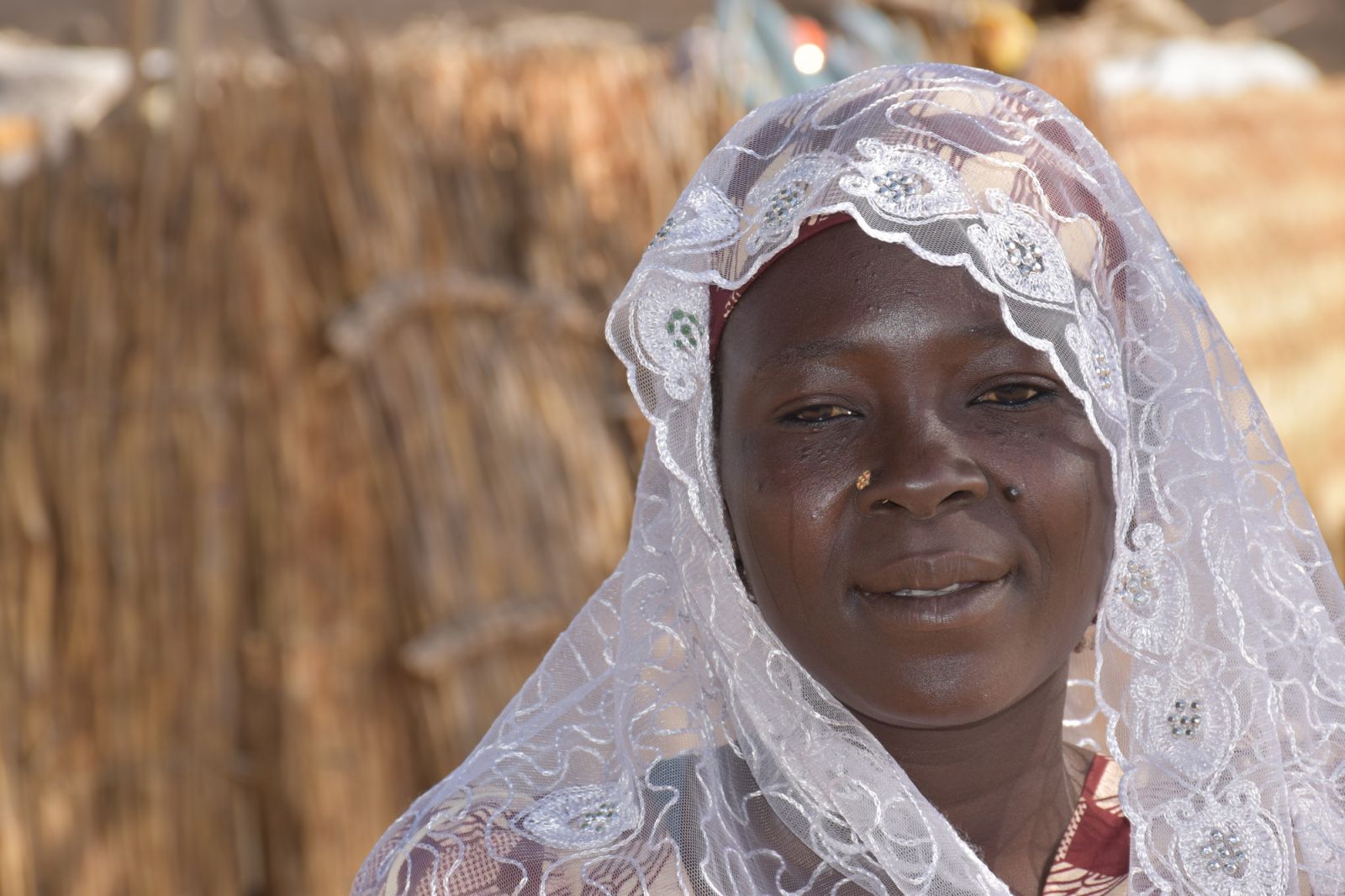 Baana, 30, is a mother of two girls and three boys: Abba is eight years old, Elh Mamane is seven years old, Falmata Zara is four years old, Maïna is two years old, and Ya Bintou has four months old. Her husband, Baba Gana Hassane, is now working by unloading goods from trucks. Before, he was a farmer. He sowed fruits, vegetables and cereals like watermelon, corn, potatoes and others. As for her, she sold loincloths to women.

They lived a few kilometers from Baga in Nigeria: "Life was beautiful and peaceful and everyone was at ease. Before, we really had peace, Alhamdulilah, Thank God. Until that day when we were attacked and forced to come to Niger to seek refuge." They did not know anyone in Niger but they met people from the same village as them who have now become close to them as if they were family. Baana was so terrified that she does not think of going back to Baga even if peace returns: "Our children are no longer afraid of gunfire here in Diffa because they know that are harmless and it is more for our safety."

Baana went through hell during the attack. The attackers arrived in their village on a Monday around 9:00 pm. Her husband was patrolling with the other neighbors when they heard a noise. She was scared and the oldest children told her that she is just scared. A moment later, they heard screams and they saw everyone running away and the entire village on fire. They hid in the bushes to flee the insurgents. In the early morning, they came back to total destruction. There was nothing left. Everything was burned to the ground, animals, humans, houses, everything without exception. There was only ash. The calcined bodies were not recognizable. The intestines and stomachs allowed them to distinguish between a human body and that of an animal. They had to look at particular signs such as gold teeth or spaced apart ones to recognize the dead, to bury them and to mourn.

From there, they went to Baga. She was pregnant with her son Maïna at that time, and people advised them not to stay. They went to Maiduguri but they were attacked again and that's where they took the road to Diffa, in the south of Niger. They heard that they will be at peace. Once in Diffa, her husband suggested that they continue to Krikri, a village a few dozen kilometers from Diffa where people they knew were settled. Given her condition, she did not want to continue and she made her husband understand her displeasure: "You can continue to Krikri, but I am staying here. Either we stay here even if we do not know people, or we go back where we came from because at least we have family there."

They spent two days wandering around Diffa's bus station. They had no shelter or anything. They were directed to the house of the chief of the Château neighborhood, Abdou Bouzou. When they arrived at the chief's house, he welcomed them with open arms. He ordered his wife, children, and daughters-in-law to take care of them. For a month, they were housed and fed. They were then identified by humanitarian workers and received shelter kits and food. CARE assisted them with a shelter kit, hygiene kit for adults and children, cooking kit, water and money in the amount of 32.500FCFA (61.1USD) for four months. With the money, they could buy food and clothes for the children.

One day, CARE came to present its protection project. Baana was offered to be a volunteer by the community and she accepted. She says that CARE has really brought them peace of mind, sensitizing them to the point where they themselves educate people whenever possible. This opportunity changed Baana's routine.

Other than caring, cooking, cleaning for her household, she goes to the child-friendly space (CFS) where she is a volunteer and plays games for the children who will help them forget the traumas and also to help them integrate into the new society. If there are children who need school or koranic support, volunteers help them and after those who have to go to school go to secular or Koranic school. She helps feed the children because CARE provides breakfast daily and lunch 3 times a week in the CFS. When children argue, she tries to stop them and teach them games to reconcile and forget about fighting.

Her wish is to be able to feed others who cannot eat in her community. "The help comes to us but it is not enough." She made a plea to quickly install Village Savings and Loans Association (VSLA) activities so that other refugee women could have enough to support their homes.

Learn more about our work in Niger.