This content was gathered by CARE Uganda as a part of CARE Norway’s campaign to mark the international Menstrual Hygiene Day 28th of May.

Several girls were interviewed about the challenges of menstruation in a refugee setting. Their families and representatives from WoMena were also interviewed. 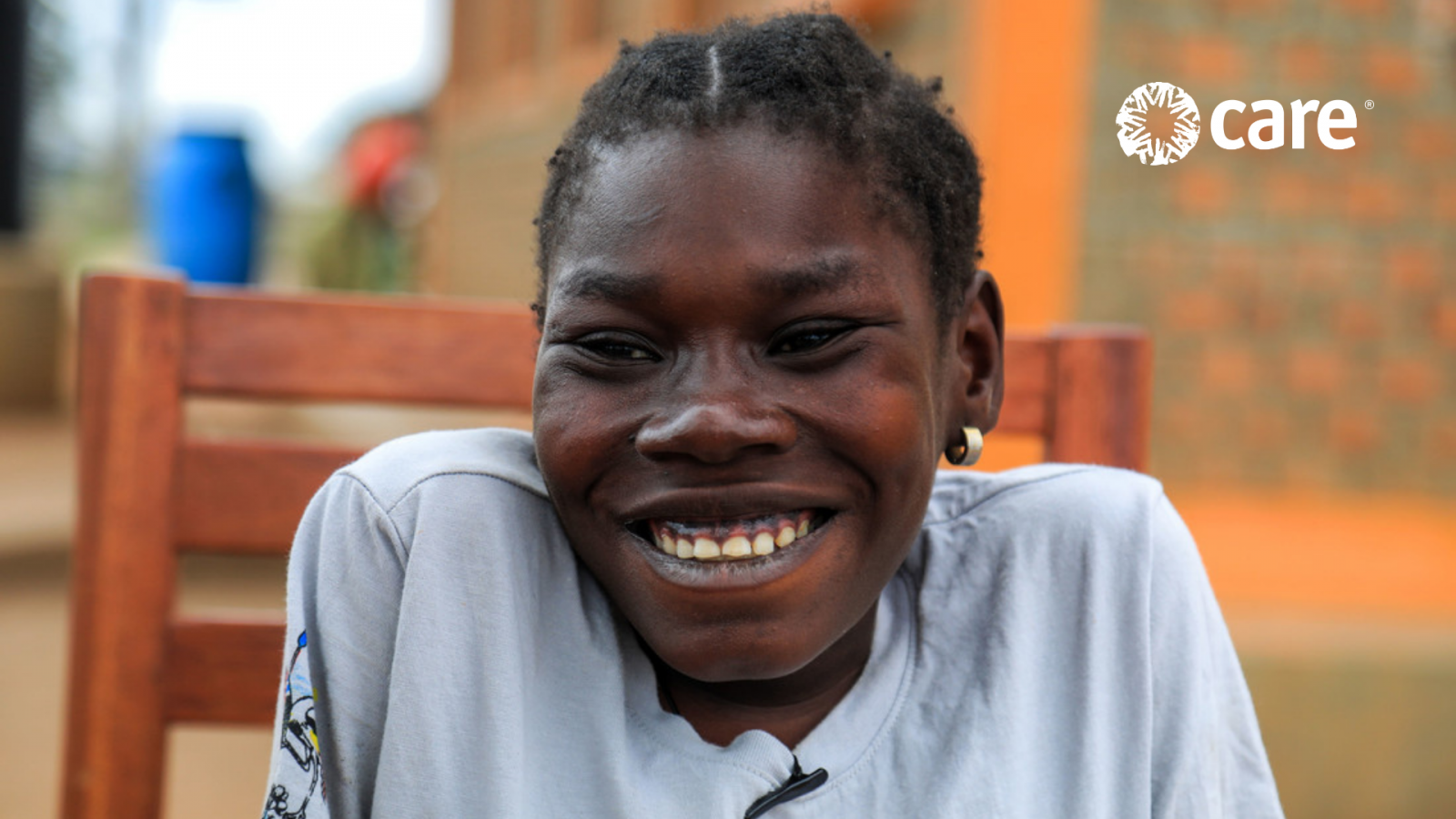 - The first time I got it, I knew nothing about menstruation

Mapenzi had nothing to help herself with the first time she got her period. She was one of 500 million women and girls who do not have access to adequate facilities for menstrual hygiene management.

When I got my period at school, there was nothing to do but to pack my things and go home, says Mapenzi who lives in a refugee camp in Uganda.

She is not alone. It is estimated that 1 in 10 girls in Africa miss out on schooling because of menstruation. For some, menstruation is such a big obstacle that they quit school altogether. Which makes them extra vulnerable to a life of poverty.

It is difficult for girls at school when they have their period. If the boys find out, they will make fun of you and bully you. They make you ashamed.

Mapenzi lives with her grandmother, but she had not talked to Mapenzi about menstruation, so when Mapenzi got her menstruation for the first time, she did not know what it was.

Like so many others, Mapenzi did not have much to manage her menstruation with than a few pieces of cloth.

You risk missing school because you lack products to manage your menstruation, says Alice Mugeme, who volunteer at a WoMena project supported by CARE, which work to make it easier for girls in the refugee camp to handle their period.

For many girls in the camp, it is difficult to deal with menstruation, if you have bled through your clothes, you have to go with the stain to look for water. Water resources are scarce here, so girls must go far to find water, and when there is little water you are not allowed to use water to shower.

Alice says that menstruation is something most people do not talk about.

Girls who have not been to the course think it is shameful.

CARE works with the organization WoMena to make it less shameful and easier to deal with menstruation. Alice is one of those who arrange courses and she goes from door to door to spread information, so that girls will have the knowledge they need about their own bodies.

A menstrual cup can change everything

The first time I got it, I knew nothing about menstruation. It was my friends who put me in touch with the project and they told me that I was going to get a menstrual cup, so I decided to join, Mapenzi says.

The menstrual cup the girls receive from CARE and Womena is easy to clean and can be reused for many years. It makes it easier for girls in the refugee camp to go to school and live a normal teenage life.

Before, we only had pieces of cloth we could use, and it was not safe for us. Now we have menstrual cups, which I am very comfortable with, says Mapenzi.

Unfortunately, there are many, just like Mapenzi, who do not have enough information about their own body.

A girl I met at one of the courses told us about her first experience. Her mother told her “You can no longer play around boys, you are going to get pregnant.  On the football field, she forgot for a moment what her mother had said. Her mother beat her when she came home, Alice says.

Alice and her family’s story: 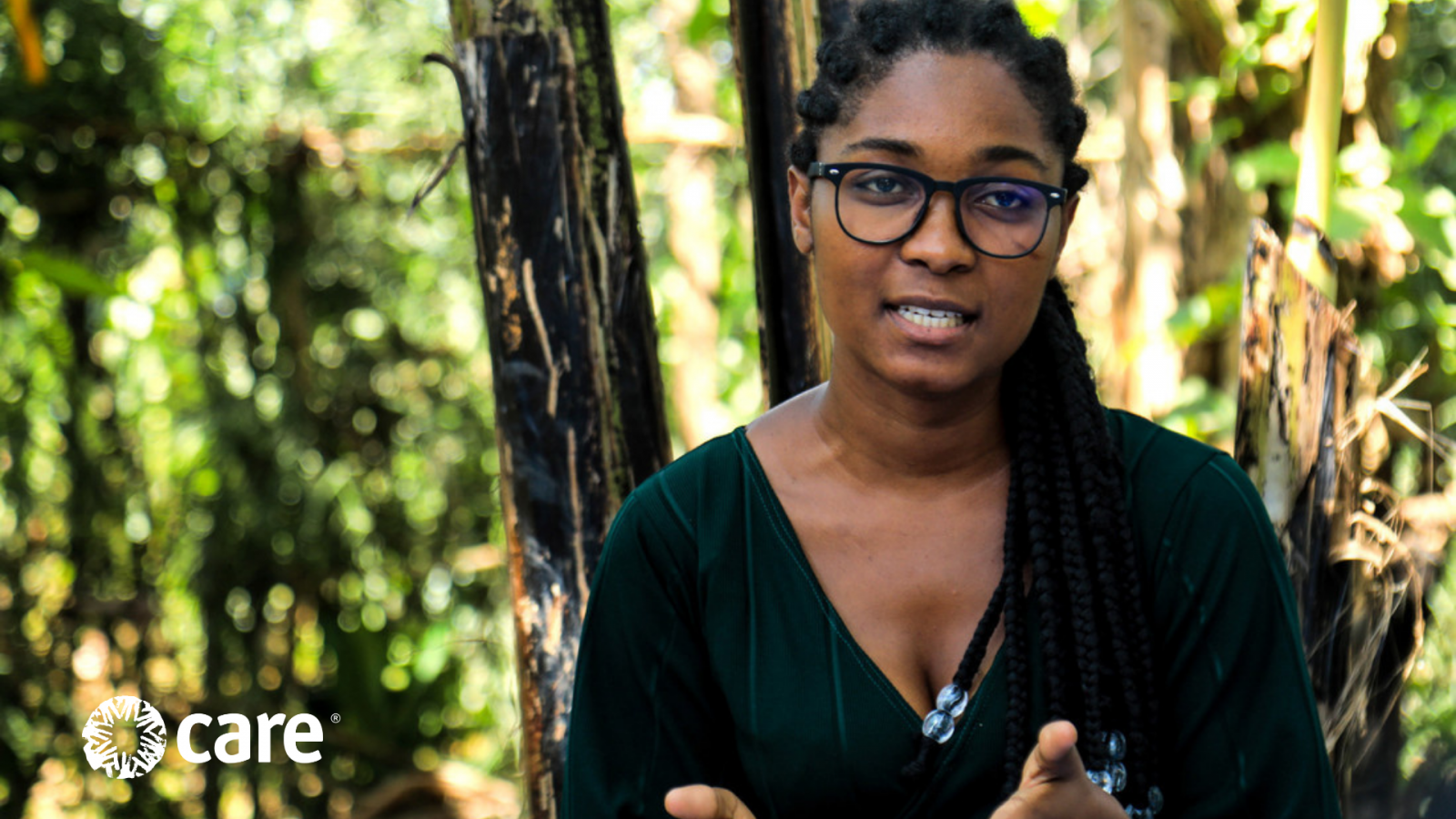 Mugeni Alice (22 years old), mother of one, lives in a refugee camp in Uganda, studying to certificate in medical lab.

Jackierine Dusenge (48 years old), Two daughters (one of them Mugeni Alice), one grandson and a foster son, married to Rafik Onesifa

- Menstruation was disgusting for us all

Although he was married and had two daughters, Rafik believed that women should be isolated when they were menstruating. A CARE course changed everything.

People used to say that girls who had their period could not touch fruit trees because it would destroy the fruit, and it could spread from the trees and the plants would dry out, says Rafik who is from Congo and lives in a refugee camp in Uganda.

He got these myths confirmed by reading in the Bible that menstruating women were unclean and should be isolated.

In the village, there was a tree that lost its fruits. Even though I could not say it out loud, I thought that maybe my wife had touched the tree, says Rafik.

Before, it was common for everyone who had their period to isolate themselves at home because it was disgusting for everyone. They were not clean and could not cook for others, says the father of two.

Was threatened to stay inside

Right now, 800 million are menstruating, and that's one of the most natural things in the world. Still, many girls have no idea what happens the first time they experience bleeding. And misinformation and taboos in the family and the local community have major consequences. For example, do many girls miss school because they are told that they must stay at home.

I was at school when I got my period for the first time, I did not understand what happened and bled through, says Alice, Rafik's daughter.

She was afraid to share the news at home, and there was not much help to get there either. Her mother forced her to stay inside.

Mom threatened that I could be bewitched if I did not stay indoors, she says.

Two years ago, Alice received a menstrual cup and information about her own body, it changed her whole life.

Became a role model after the menstruation course

CARE and its partner organization Womena are working to dispel these myths. We hand out menstrual cups and have courses, for both the girls and their families. As a result, both Rafik, Alice, and his mother Dusenge changed the way they looked at menstruation.

It helped us parents. We learned about menstruation and how girls and women can handle it. We also received information about the menstrual cup and how to use it. This project has been very positive for us, says the mother.

There was a period when Alice did not go to school, she also became a mother young. But through the Womena and CARE course, she became a role model for other girls in the refugee camp and recruited more girls for the course. Now she is a volunteer and she works to break menstrual taboos in the refugee camp, she facilitates courses and goes from door to door to spread information.

Her self-confidence increased. Now I see young girls following her and they ask for her, the mother says, and adds that when they saw her daughter's development, they decided to send her back to school.

- Now I know that it was just myths

Her father Rafik also got new things to think about:

After I took a course about menstruation and I was told that everything was myths, I slowly began to change. Now I know that menstruation is a normal part of life and that it does not change anything, but that life continues as usual.

He believes that if more men get the same information as he did, the isolation of girls who are menstruating would end.

Through the menstrual course, Alice has gained the knowledge and confidence to break taboos and help other girls in the refugee camp.

When my children started menstruating, my husband would not hear about it, support them or help. After Alice became part of the project, it has helped us to be more open with each other and we can talk about menstruation even when he is here, says Dusenge.

Need more knowledge about your own body

Now I feel good, I feel free, I can talk to family and friends about it, because I know that menstruation is normal, Alice says.

Still, she wished she had received information about her own body earlier.

I got pregnant because I did not know enough about my body. It is a big challenge for the girls who do not get enough information.

But the future looks bright. Alice is now training to become a laboratory technician.

I want to make a difference for my family and for my local community. It's great what this project has done, and it has proven that I am someone who can make things happen. 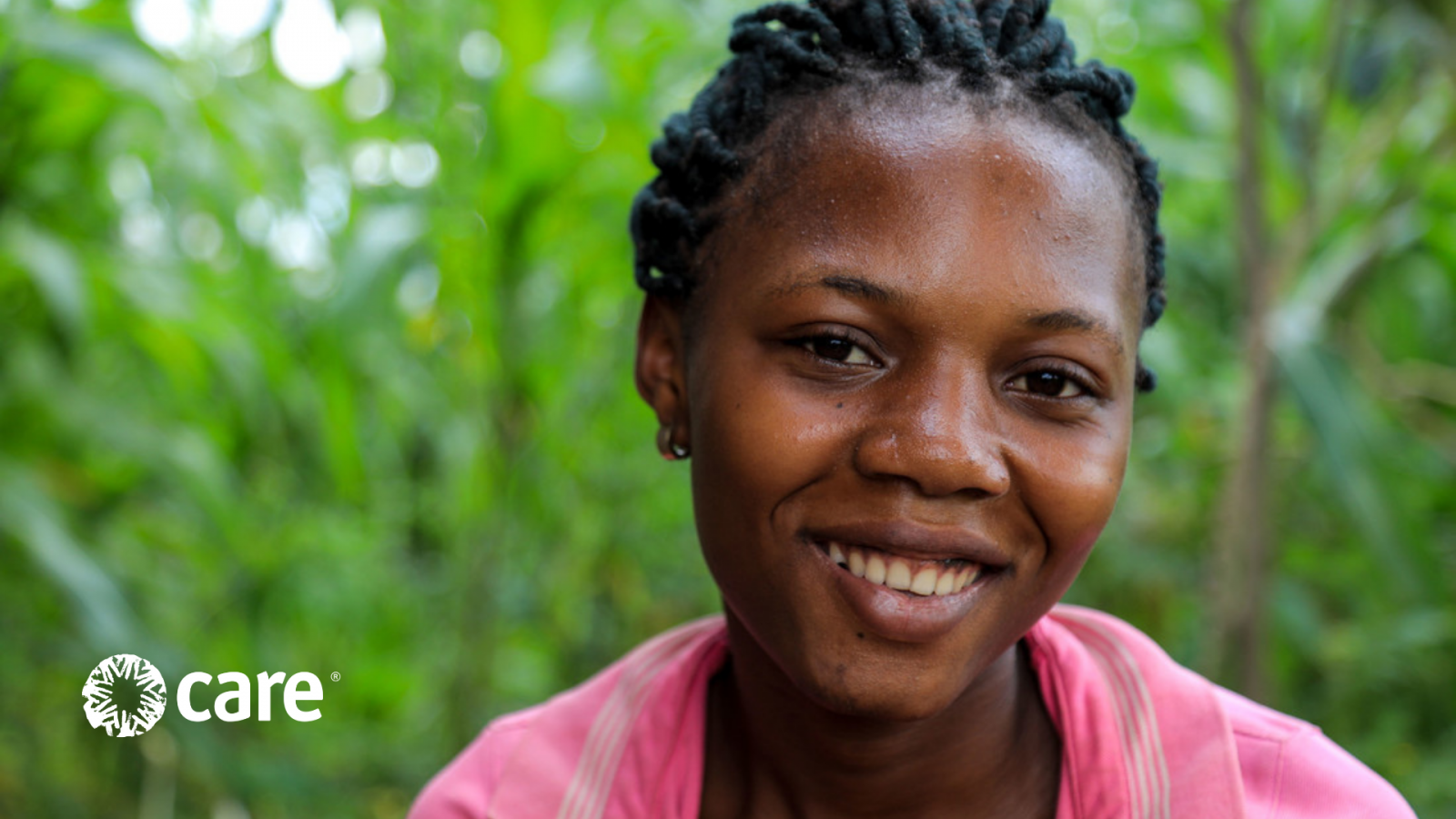 Among the girls who have received help is 19-year-old Challin, who fled Congo and now lives in a refugee camp in Uganda:

Challin says that she has never talked about menstruation with her family.

I got my period for the first time when I was 14 years old. It started when I got home from school. I was so scared and did not tell anyone in the family about it. I saw blood, but what was the cause of the blood?

Challin called her best friend, who reassured her, and recommended using cloths to stop the blood.

I felt bad and unclean. The pieces of cloth often itched, she says.

With the help of CARE and WOMENA, Chalin has received information and products such as menstrual cups and sanitary napkins, so that she can handle her period in a good way.

Now I no longer worry, she concludes.