Life is hard for Congolese refugees in Burundi

But the level of support is not matching the staggering needs

“I am worried I will not be able to breastfeed my baby,” says Anna, mother of little Lexige. Lexige was born only a few days ago. His home is a refugee camp in the south-west of Burundi. His family fled the Democratic Republic of Congo (DRC), running for their lives after rockets were launched on their homes and fields. Lexige and his family belong to an ethnic group currently targeted by armed groups in the DRC. Crossing Lake Tanganyika by boat, they arrived at this camp almost two weeks ago.

“We can’t afford eating two times a day,” says Enock, Lexige’s father. “We eat once a day and we don’t have kitchen utensils. We borrow between ourselves and sometimes we have to take turns to eat.”

“Matthew is crying because he is hungry. The last time he ate was yesterday afternoon at 3.00pm. Now, one day later, at 3.15 pm, he still has not eaten.”. 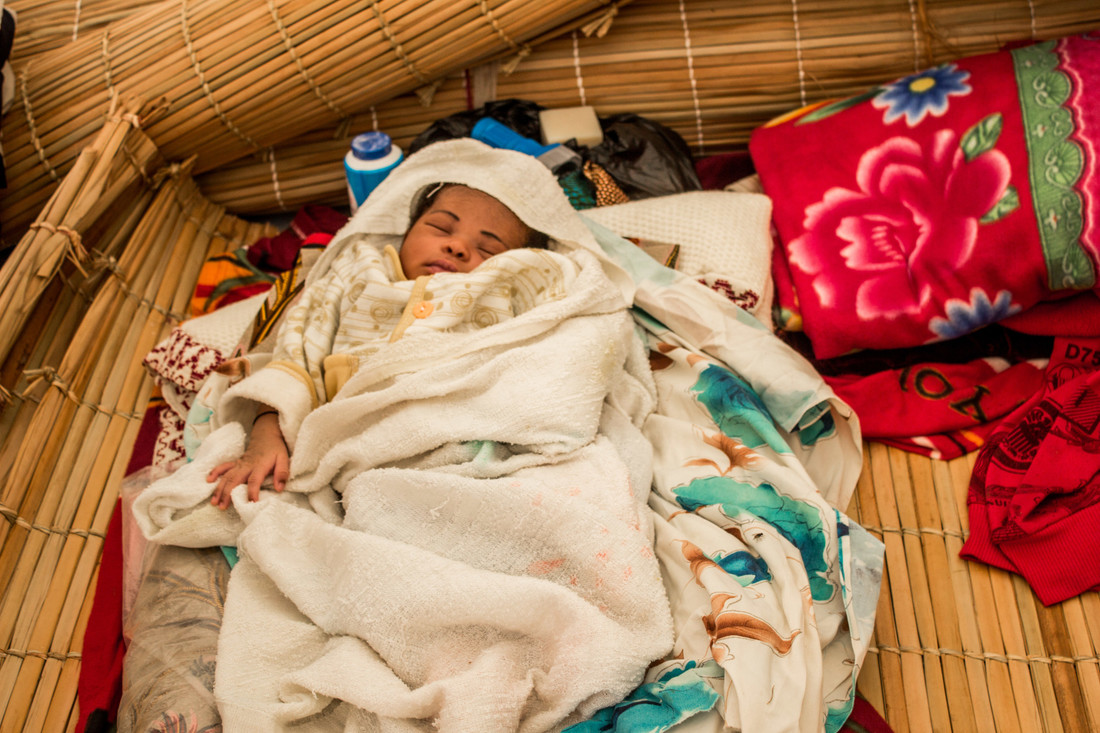 CARE and other humanitarian agencies are supporting family’s like Lexige’s. CARE has distributed dignity kits including hygiene pads for women and babies, as well as mats, blankets and other important household items. But the level of support is not matching the staggering needs.

To ensure aid agencies’ assistance matches refugees’ needs, CARE has worked with camp residents to establish a committee consisting of 3 women, 3 men, 2 girls and 2 boys. Residents submit their issues to the committee which is responsible for ensuring proper follow up.

Lexige’s family consists of his parents, his sibling, and both his grandmothers, all crammed into a small tent. “I feel ashamed to sleep with my mother-in-law and my mother together with my wife and my kids,” says Enock. “I look for another place to sleep at night.”

Lexige’s family is one of many, all of them struggling. Jeanne, aged 20, is nine months pregnant. She and her husband fled their home in DRC with their small child. Since arriving 24 hours earlier, Jeanne has been unable to eat.

“Refugees here are very kind. From the little they have, they welcomed me. Now, please help me, I want to deliver well my baby even if I am not in my country,” says Jeanne.

Some families, like Amisi’s, were separated as they fled the turmoil in their villages. “I don’t know if my husband is still alive. There is a possibility that he was killed,” she says.

“When we arrived in the camp one of my children fell sick with malaria. When I came back from the doctor, my other three children had been transferred to another camp. I am still waiting to be able to join them there. Now, I can’t sleep. I think about my children sick in another site where I don’t have access to see them,” continues Amisi.

A surge in violent conflict and tensions in DRC has forced more than 5 million Congolese from their homes, over 670,000 are currently seeking refuge in neighboring countries, reported UNHCR. Since 24 January 2018, more than 8,093 Congolese have made the crossing into south west Burundi. Most of them have been transferred in camps, waiting for a future that is far from certain.

For more of our work in Burundi, click here.