Lebanon: "We survived, but we're not okay" 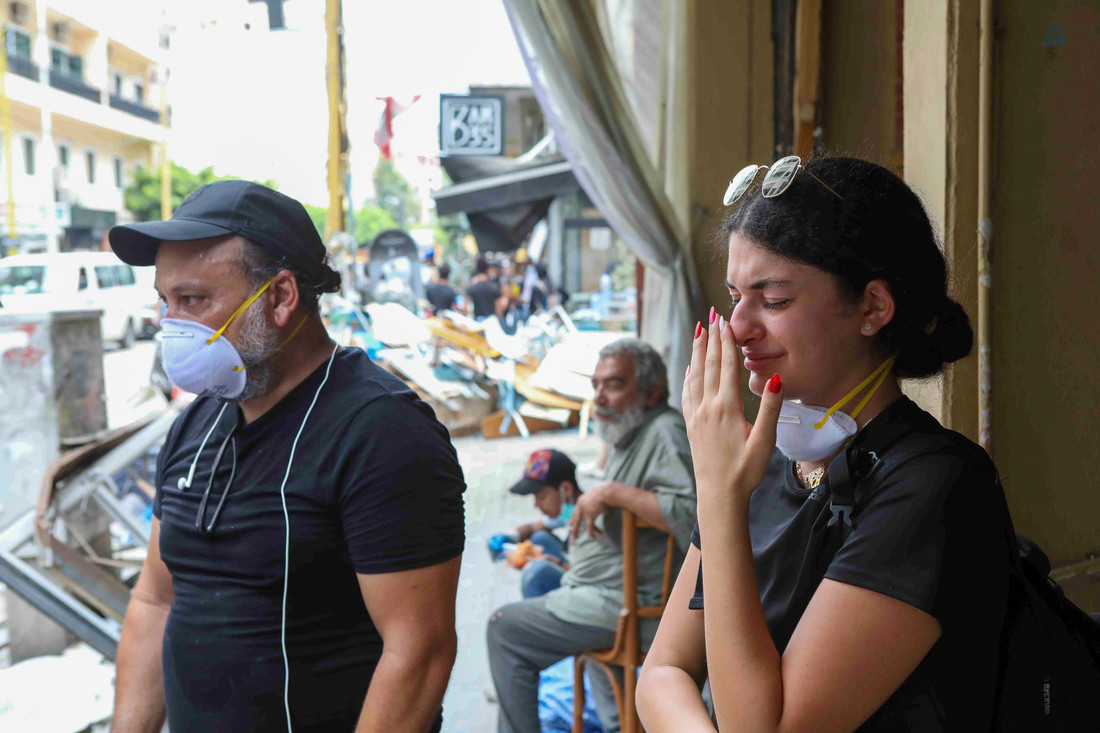 Photo:Tala and her father Farouk, survived the devastating blast earlier in the week by a miracle The people of Beirut begin to clean up destroyed homes, businesses and streets that were devastated by a massive explosion on August 4th.

One week after the devastating blast that shook Beirut to its core and destroyed half the city, the shock wave is not done ripping through the hearts and souls of those who witnessed the single largest explosion in peacetime history.

“How are you?” I asked my friend from back home in Lebanon, as I called to check-in. “I’m okay,” my friend responded before pausing for a second. “On the outside.”

The same answer was repeated by every person I spoke with in the next 24-hours. “I’m numb. I’m drained. I feel flat. I’m not feeling. I’m hopeless.” It’s not desperation that I am hearing, it’s sheer trauma.

As I was born in Lebanon and am now living in Canada, I am seeing this crisis and its aftermath unfold from two sides. I am seeing the overwhelming generosity of Canadians, and other nations, who have opened their hearts to help provide immediate emergency aid to the people of Lebanon. It has given me so much hope and comfort during this tragedy.

Deploying to #Beirut.
We never want to respond to a #disaster at home. It's the mission that every #humanitarian dreads, but also the one we absolutely want to be on. #lebanon #emergencymanagement #Beirut_Explosion @carecanada @CAREGlobal pic.twitter.com/yA9q0dBR9V

On the other hand, I am also hearing from my friends and family in Lebanon right now who are telling me the destruction is beyond what anyone can imagine.

Ten days after the explosions, the people I speak to in Lebanon are still unable to process the magnitude of the disaster. Witnessing your capital city turned into rubble in the span of seconds has caused more damage than any news report, blog post, or social media video can ever convey. 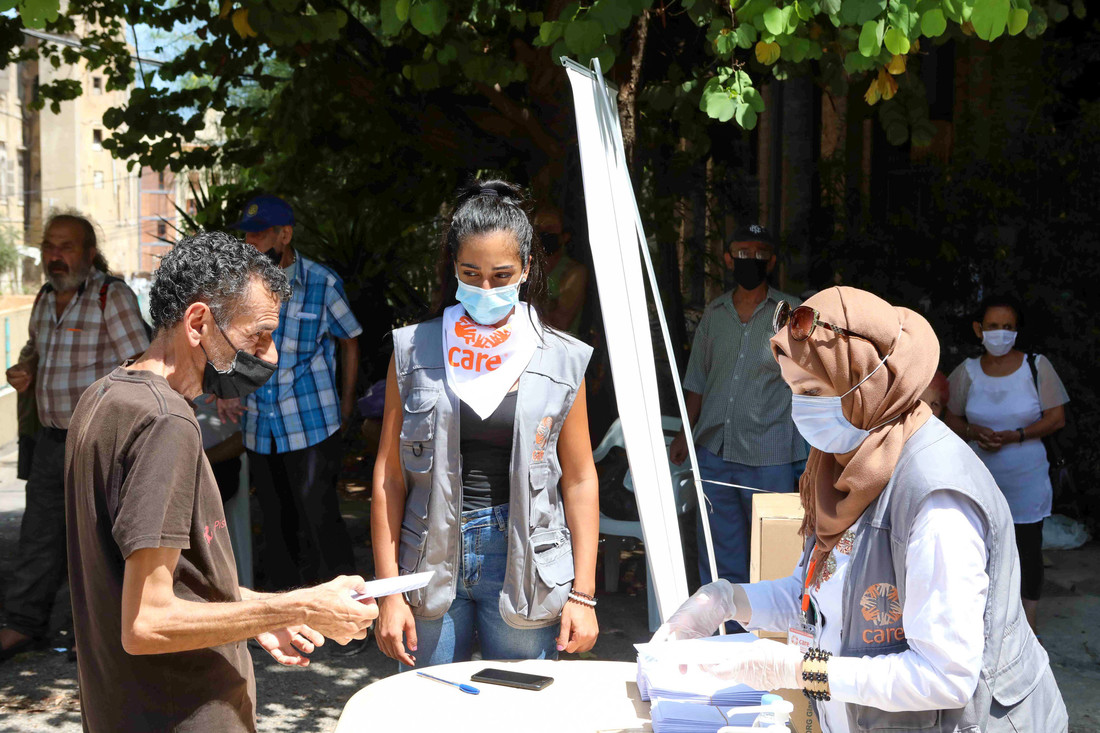 Photo: CARE is on the ground in Lebanon providing emergency relief and working alongside our partners in the region.

But amid all this tragedy, people from all over the country sprang into action. They shared their skills, carried their brooms, their shovels, and their masks to protect against COVID-19, and went down to Gemmayzeh, Mar Mikhael, and Ashrafieh to clean up, and to bring hope to those who need it most.

These are real life, every day, humanitarian heroes.

When I see the photos of Beirut, the streets are no longer recognizable, none of the city’s landmarks as I knew them are still standing. The task ahead to build back is enormous, and every street, every building, and every home is in ruins.

My friends Marc, Tracy, and Joanna are in Beirut right now and are just some of the volunteers who are helping to clean up the city. They chose an apartment building in Jeitawi area to clean up first. Inside the building, they found broken doors, windows blown out along with the frames, a damaged pool, but an unflinching owner. 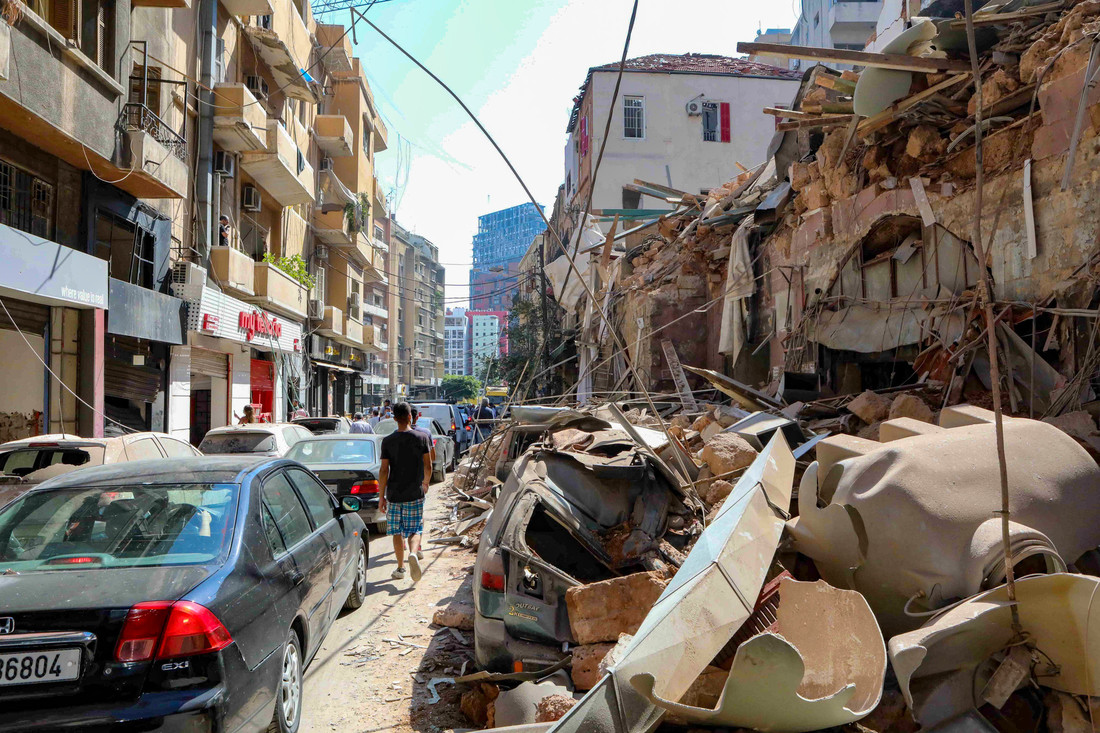 “They can’t destroy me. I’m strong. My house is destroyed, and I had to put down my dog [because it was so badly injured in the blast] but I’ll rebuild. I’ll stay here because this is my home,” the building owner said.

My friends headed to the apartment on the top floor. They found blood on the walls, doors, the floor and the stairs. You could smell it in the air. They decided to clean up the terrace, which has a panoramic view of the city with a direct line of sight to the sea and the port, ground zero of the explosion.

The clean-up task is daunting. After two and a half hours of hard labour, there was still a lot to do. At this point, my friends decided to head down to clean up the parking lot in order to provide access to vehicles to come in and pick up the debris. While there, an old lady looked out of the window and asked for help to bring down a damaged TV, and another family requested help to put plastic sheeting where windows once stood. 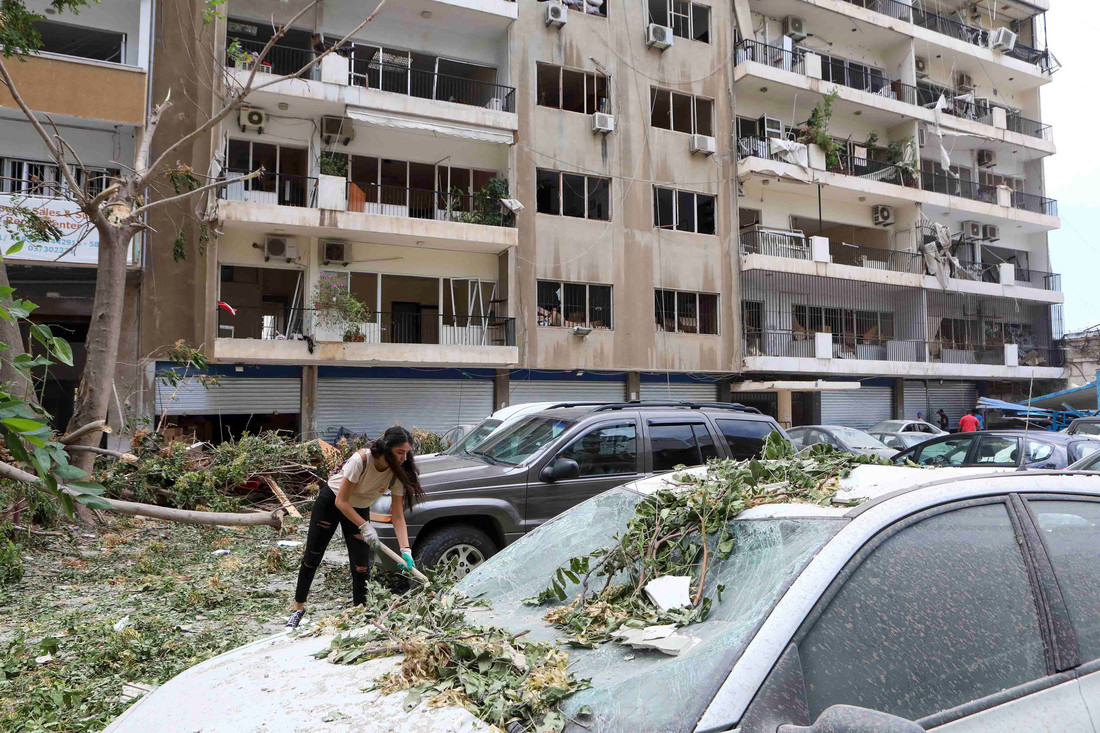 “What you’ve seen on the news does not represent 1% of the destruction. All you need to do is walk down a street, and someone will call you for help,” my friend Joanna told me. “Everyone feels the same,” Joanna added. “We survived, but we’re not okay.”

CARE is working with local partners in Lebanon to focus on immediate life-saving aid in the form or food parcels, cash, psycho-social support, and hygiene materials in the first few months. We will also work towards longer-term assistance through shelter rehabilitation, technical support and cash assistance, long-term psycho-social support and resources to help protect against gender-based violence, which can increase after a crisis such as this as tensions increase and thousands are living in temporary and unprotected shelters.