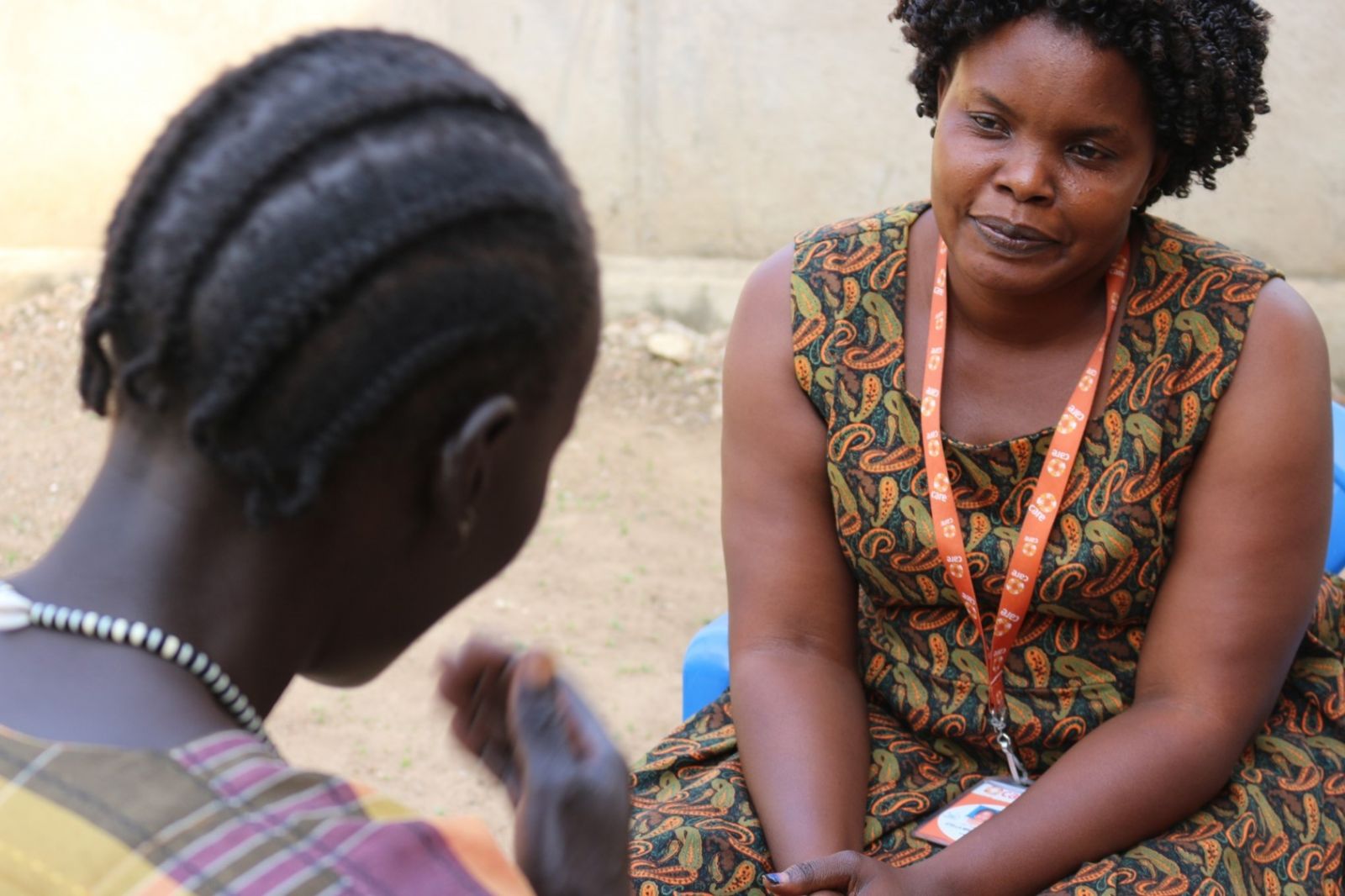 Thirty five year old Jane* (L) from Torit in South Sudan, a survivor of gender based violence explaining her story to Stella Mindraa, a Gender Based Violence Case Officer for CARE. ©Joseph Scott/CARE

Thirty five year old Jane* from Torit in South Sudan says she doesn’t remember a day when she was happy in her marriage. For the past 10 years, her marriage has been shrouded by abuse and violence, leaving her with permanent emotional and physical scars. “My husband was beating me almost every day,” says the mother of six. “He didn’t want me to ask for money to buy food but he would expect to have dinner when he returned from work.”

The children were not spared from the violence. They were being whipped almost every day, which made them run away from home when he was around.“He was beating them for no reason. One day I protested and he started beating me as well. I knew if I stayed home he wouldn’t stop, so I decided to go to church for prayers. But when the prayers were finished, I was afraid to go back home,” says Jane.

In the church, one member of her congregation saw that something was worrying Jane when she remained behind after the service. She approached her and Jane was glad to have someone to share her problems with. “I was lucky because the lady was working with CARE. She took me to the village chief who gave me shelter,” says Jane, who by this time had her 3-year-old twins with her. “The next day, the chief summoned my husband but he refused to come.”

Jane stayed at the chief’s house for five days. But life was not easy as the chief was also struggling to feed his family. “We only had three meals during the five day stay at the chief’s house,” she says. “We had no clothes to change and even soap to wash ourselves.” On the third day, Jane’s husband started threatening the chief with violence. He was demanding that the chief send him back his family. The chief, fearing for his life, had to send Jane back to her husband.

Her return was met with more violence. That same night, the husband beat her again, and this time, breaking her arm. He even bit her on her shoulder leaving a ghastly wound. “I was so much in pain,” says Jane. “But I managed to get my kids and escaped. I went straight to the house of my fellow church member who worked with CARE for help. After seeing my wounds, she immediately called her office and a car was sent to pick us.”

A safe place for abuse women and girls

CARE took Jane to the hospital where it was confirmed that her arm was broken. The medical staff put a cast on the arm and then admitted her for a day as she also had body pains from the beating. “After talking to Jane, I realized that she had been going through a lot of abuse,” says Stella Mindraa, a Gender Based Violence Case Officer for CARE in Torit. “So when she was discharged from hospital, we took her to our Safe House for psychosocial counselling.”

CARE also facilitated legal assistance for Jane. A case was opened against her husband at the local police station. The following day, a warrant of arrest was issued. He was detained for two days but he is now out on bail. “The case is now in court,” says Stella. “We are working with other partners who are in the legal field to pursue the case on Jane’s behalf so that is justice done.”

Jane left the Safe House after a week and went to stay with her brother. She has also approached the traditional court to file for a divorce. Jane is one of the many women who have been supported by CARE in Torit through the USAID/OFDA funded Emergency Health, Nutrition and Protection project. The project aims to reduce conflict-induced suffering among displaced people and host community women, girls, children under five and other vulnerable individuals in South Sudan.

“I am tired of the beatings and don’t want this relationship to continue,” she says. “I will never go back to that man.”

Jane* is not her real name. We changed her identity to protect her privacy