Horn of Africa: History doesn’t have to repeat itself

Six years ago the world watched in horror when almost 260,000 Somalis starved to death in the Horn of Africa. In 2011, Somalia, Ethiopia, Djibouti and Kenya experienced the worst drought in 60 years that killed pastoralists’ livestock and withered farmers’ fields. Across the region, more than ten million people were in need of life-saving aid.

Today, we are facing a similar outlook. My CARE colleagues across the Horn of Africa are observing the same signs that preceded the 2011 famine in Somalia. A failure of successive rains, also due to one of the strongest El Niño events on record has led to a devastating drought in Somalia and its neighbouring countries.

A recent CARE study shows that many poor Somali pastoralists have already lost half or more of their livestock – their main source of income. At the same time, prices for food have risen sharply, some have almost doubled compared to just half a year ago. As a 91-year old Somali man told us:

“This is no ordinary drought. It’s the worst ever experienced in the Sool region since 1974.”

The reduced income and the increasing food prices lead to a vicious cycle, where people have to resort to drastic survival mechanisms: The poorest households told us that they started skipping their meals, many only eat once a day. It’s often women and girls who eat the last and the least. Families have to sell their remaining emaciated livestock for minimal prices. They take their children out of school to find work and help with household chores. 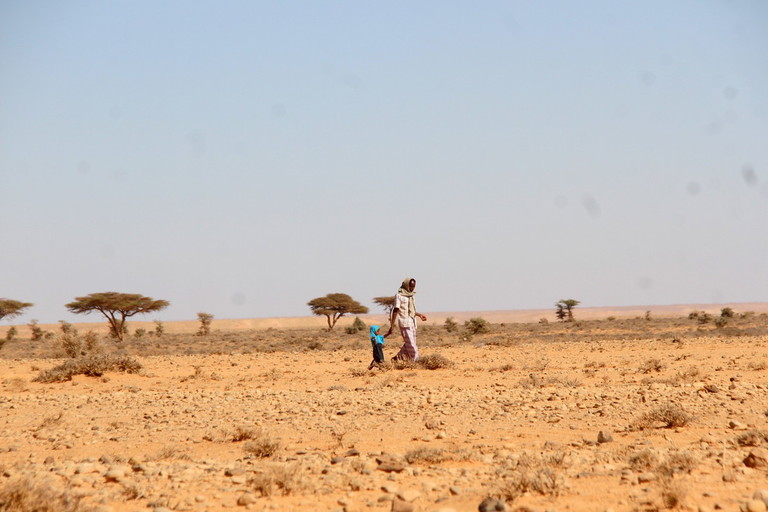 In many areas of south central Somalia, Somaliland and in Puntland, colleagues tell me that most of the traditional water sources have dried up and that the average distance to water points is 50 kilometres. In Somalia, women and girls are responsible for herding small livestock and collecting water. Can you imagine sending your daughter 50 kilometres through arid and barren land to collect water? Can you imagine the dangers she might face on the long trek for water?

Those who can still afford it spend half their household income on water distributed through trucks. Yet the price for water has skyrocketed, in many areas as much as 400 per cent per barrel compared to the time before the drought. The amount of water available per person per day has dropped to three litres. That is three one litre bottles of water for drinking, washing and cooking.

I have been living in the Horn of Africa for over a decade. Often in my life I have seen the dead corpses of cattle, camel and sheep littering the remote pastoral areas in the countries of the Horn of Africa. I have lead the regional response to the food crisis and famine in 2011. Despite repeated early warnings by many organizations such as CARE in 2011, the response to that crisis was too slow, the funds came too late and more than 260,000 people died. Donations started to flow as soon as the TV cameras broadcasted pictures of starving children and desperate Somali families fleeing by the thousands to Kenya. Yet by then, it was already too late for many women, men and children. It is a sad reality for us aid workers that we can call for prevention funds as loudly as we want – we need the TV cameras to broadcast the devastation before the aid machinery gets into full swing. Yet we all know that preventing thousands of deaths is not just a moral responsibility, it is also much cheaper than responding to a full-blown food crisis. 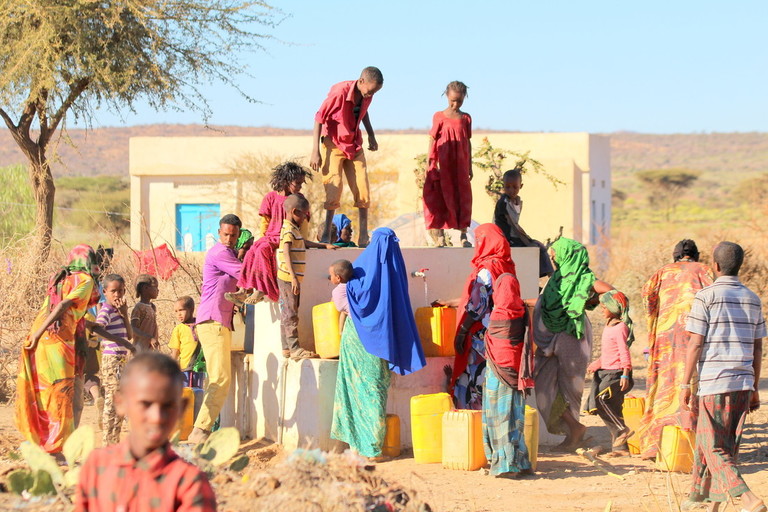 The year 2011 was a sobering wake-up call for many of us working in the Horn of Africa. Since then, much has been achieved to break the vicious cycle of food insecurity in the region. Early warning systems in countries like Ethiopia have saved many lives. Resilience building activities have helped families better prepare for times of drought. Yet in 2017, the cumulative effects of repeated droughts are too much to bear for many families and have exhausted their coping strategies. In Somalia, aid workers are still challenged to reach people in need due to the ongoing instability and the security threats by armed groups. In some areas, mainly in south central Somalia, our local partners are the only organizations that are able to deliver humanitarian aid, often in danger for their own lives.

CARE Somalia has reached almost 259,000 people with crucial live-saving aid and plans to reach another 350,000 Somalis in the next six months. In Ethiopia, CARE has supported over one million drought affected people with water support, food, seeds and cash.

If it does not rain sufficiently in the next months, famine in Somalia is possible again. The weather forecast is not giving much hope, expecting the coming rainy season to be poor.

Whether we call it a famine or not, fact is that millions of people across the Horn of Africa already go to bed hungry each night. “We have lost all our livestock. We have no other source of income. We have no other skills.  We can’t find or buy water. My children and I, are at a high risk of exhaustion and starvation”, says Rahma Ali, a 31-year old woman from the Sool region in Somalia. We need to act now to help people like