Having left everything behind, Amreh created a new life in displacement

Amreh is one of the 1 million people who were displaced during the most recent ethnic conflict in Gedeo and West Guji zones in southern Ethiopia. Renewed inter-communal violence along the borders was reported during multiple waves between April and July 2018. People were killed, houses were burnt down, damaged, looted and livelihoods were destroyed.

Most of the displaced had to flee within minutes and sought initial refuge in public buildings, such as schools and churches. The capacity of the hosting communities was stretched to the limit. Many moved to camps for internally displaced in the following months and still live there, unable to return to their destroyed villages.

CARE started supporting the displaced at the onset of the crisis. We provided packages containing blankets and mattresses and currently focus on water, sanitation and hygiene both in the camps and in host communities. We reached over 60,000 people with aid and continue with the construction and rehabilitation of water schemes to help people return back home in safety and in dignity.

It is hard to see anything in Amreh’s tent. Eyes sting as the thick smoke from the burning firewood spreads across her makeshift kitchen. The packed space inside is not only used for cooking but also for sleeping and living. Just a few months ago, this became Amreh’s new home. Blankets were hung up to create a sense of privacy but every step can be heard from outside the tent in the busy camp. The roof has holes and whenever it rains, the ground turns into mud. Only one bag is on the ground. This is all Amreh could carry when she fled from her old home that was burnt during attacks from armed groups. Amreh’s face looks serious but it lights up as she picks up her tiny newborn from the blankets on the ground. She gave birth to her son just four days ago in the camp. 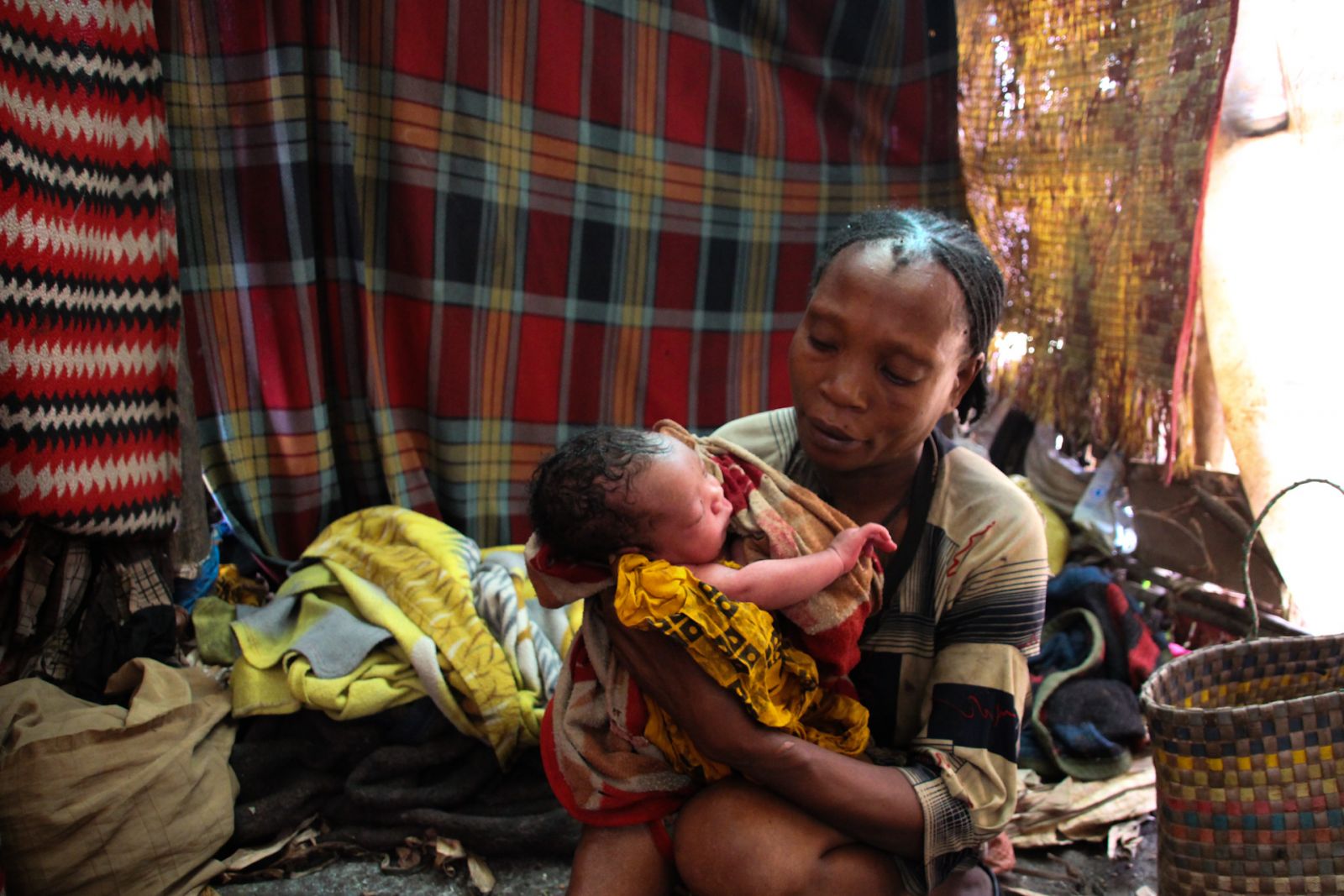 "I gave birth to my baby boy four days ago, on Sunday. He is one of the reasons I knew I had to flee. My home was in a very rural place, there were no hospitals or doctors around who could help me give birth. I used to leave occasionally for check-ups and go back but on June 30 my village was attacked and I knew I would not be able to return. My husband, 10 children and me left towards Haru, a nearby village, and sought shelter in an empty school building. We lived there for three months, which was very difficult. Many people around us were sick and we had to share the little space in the classroom with so many other displaced villagers. I was five months pregnant. After a while, we were told we could move to a camp or go back home, but since armed men had burned my house, we had nothing to which to go back.

We went to the camp so that I could give birth to my son in safe surroundings. God helped me deliver my baby. Since the ambulance could not arrive in time, other displaced people in the camp assisted. We are staying at my brother-in-law’s tent at the moment but I hope we can build our own shelter soon. Life here is still difficult but better than at the school. We have food distributions here and health workers come to my home to check on me and my baby. Still, I am worried about the future.

We used to have a stable life. I had planned to have an iron steel roof build on my old home. I had even saved up some money but all it is gone now. We were forced to live off our savings ever since we fled. All I want now is a stable future. I want to work at the market to trade coffee, raise my children and build a new home."