Going back to school feels good!

Rafif, 14, fled to Jordan from Aleppo in 2014 with her mother and sisters at the age of 9 after an incident took place that will forever shock the family. Rafif's father committed suicide, and her eldest sister was shot while a group of armed men invaded their home trying to assault the mother and the daughters. Arriving to Jordan to seek refuge with nothing but the clothes on their back, her two eldest sister, 16, and 15 at the time, got married. Rafif was forced to help her mother with the daily expenses by selling socks in front of the neighborhood mosque. She used to work daily from 10 am till 4 pm to make a few dinars to help her mother with the rent and the expenses for her younger sisters. 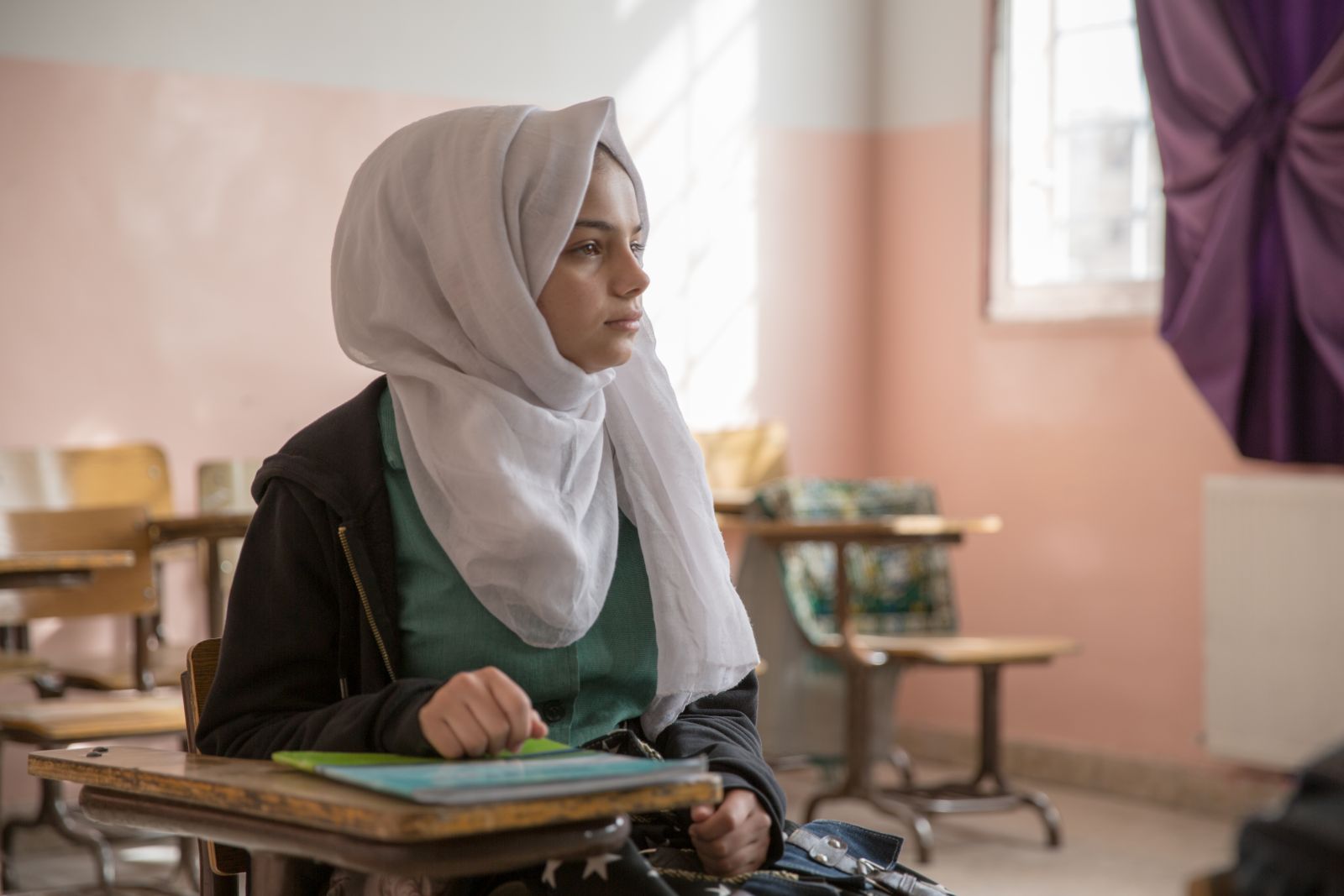 Naturally, being one of the income generating members of the family, she was forced to miss two years of school. One day, the family was approached by one of the CARE outreach staff members to inform them about the Conditional Cash for Education Program, where they will receive a monthly payment of USD 100 on the one condition that Rafif goes back to school. “It was a very bad feeling to be working while all the other girls were in their uniforms walking to and from school.” Explained Rafif. “I used to be very embarrassed being seen on the street selling socks, because I wanted to be with them at school.”

Rafif has been enrolled in the Conditional Cash for Education Program for the past three years, and is now going onto the fourth scholastic year. “Being out of school forces families to let their daughters get married at an early age, which is very wrong! My sister got married when she was 16, but she was unable to maintain a home because she was young herself. She got a divorce and is not living with us along with her son.”

September 2nd was the first day of school for Rafif where she started the eighth grade. Her mother said that she couldn’t sleep the night before from excitement, and had her uniform laid out a couple of days in advance. “I was so happy to see my teachers and friends again! There were also a couple of new girls at my class who seemed to be really nice. I love my friends and my school.”

Rafif is very excited and grateful that she is going back to school, “I want to be an architect so I can build homes for other refugees like me.” She explains “I’m very grateful to CARE and the program that CARE offers because otherwise I would have been also forced to get married, and lost all my hopes and dreams.”

Watch this video to find out more.

Learn more about our work in Jordan.