Five Years in the Desert Refugee Camp of Azraq

“I want to live with dignity. I have a responsibility towards my children and I want them to have the best in life.”

Aysha Mousa, 39, arrived in Azraq refugee camp in Jordan on the night of May 2nd 2014, only three days after the camp officially opened. Her family was one of the first to enter the camp. She left her hometown of Daraa in Syria with her husband and three sons. Her youngest son was born in Azraq camp only four months after their arrival. He is now four years old.

“We come from Daraa, and although it’s not that far from Jordan, it took us almost a month to get through. The roads were dangerous, and we had to wait for clashes to subside to move from one area to the next, which wasn’t easy as I was pregnant and carrying three kids,” says Aysha. By the time they arrived, their empty shelter was a safe haven.

The family slept on very thin mattresses the night of their arrival. “I remember the first day that we entered the camp – it was a disaster. We didn’t expect the floor of our shelter to be full of gravel and stones. We owned nothing and were given very little,” Aysha continues.

Aysha’s husband suffers from diabetes, making her the sole provider for her family. “When we first arrived, my husband was able to work for a month, but his toe keeps getting infected and he lives through tremendous pains when this happens. The health services at the camp are good but only for minor injuries, which is why he is currently at the hospital outside the camp, as they amputated his big toe yesterday because it became gangrenous.”

For the past five years, Aysha and her sons have not left the camp once, neither to visit a relative nor to have a trip somewhere nearby. They haven’t even relocated their shelter, and have lived in it from the day it was assigned to them.

“What pains me the most is my youngest son. He was born here and knows nothing outside of this camp. I try to explain to him sometimes what life looked like back in Syria, what our houses looked like, what the lush, green nature looked like, and how there are many things that he has not seen yet. My son has never seen most of the stuff that a four-year-old has seen. He once saw a stray cat in the camp and was terrified of it.”

Aysha often shows him pictures of his relatives whom he has never met, some of whom have moved out of Syria and others who have passed away. “I want to show him the houses, the spring, and the different animals. I’m sure he would be very happy to see flowers and play in the grass.”

Although Aysha has seen the development of the camp over the past five years, she feels that there is still a lot to be done. “There weren’t so many people at the camp when we first arrived. I used to go to the [WFP market] to buy a few things, and wouldn’t know where my shelter was on the way back. It all looked the same to me but, with time, I started to become familiar with everything, and after they expanded our shelters and built us kitchens, things started to get better. Then we got electricity and our lives changed.”

Aysha has seen many neighbors at the camp come and go. Her neighbors have been resettled to Canada and her husband hopes that they will be given a similar opportunity. “I want to go back to Syria, but my husband does not want to. He wants us to have a better life elsewhere, and get better healthcare.”

Life at the camp has become better over the years, but Aysha aspires to move into her own house and be able to buy new clothes for her sons and herself. “I wish we had more job opportunities so I could buy my sons and myself new clothes. All our clothes are given to us by neighbors and we haven’t bought a single new item of clothing since our arrival. I just want to live with dignity. I have a responsibility towards my children and I want them to have the best in life.” 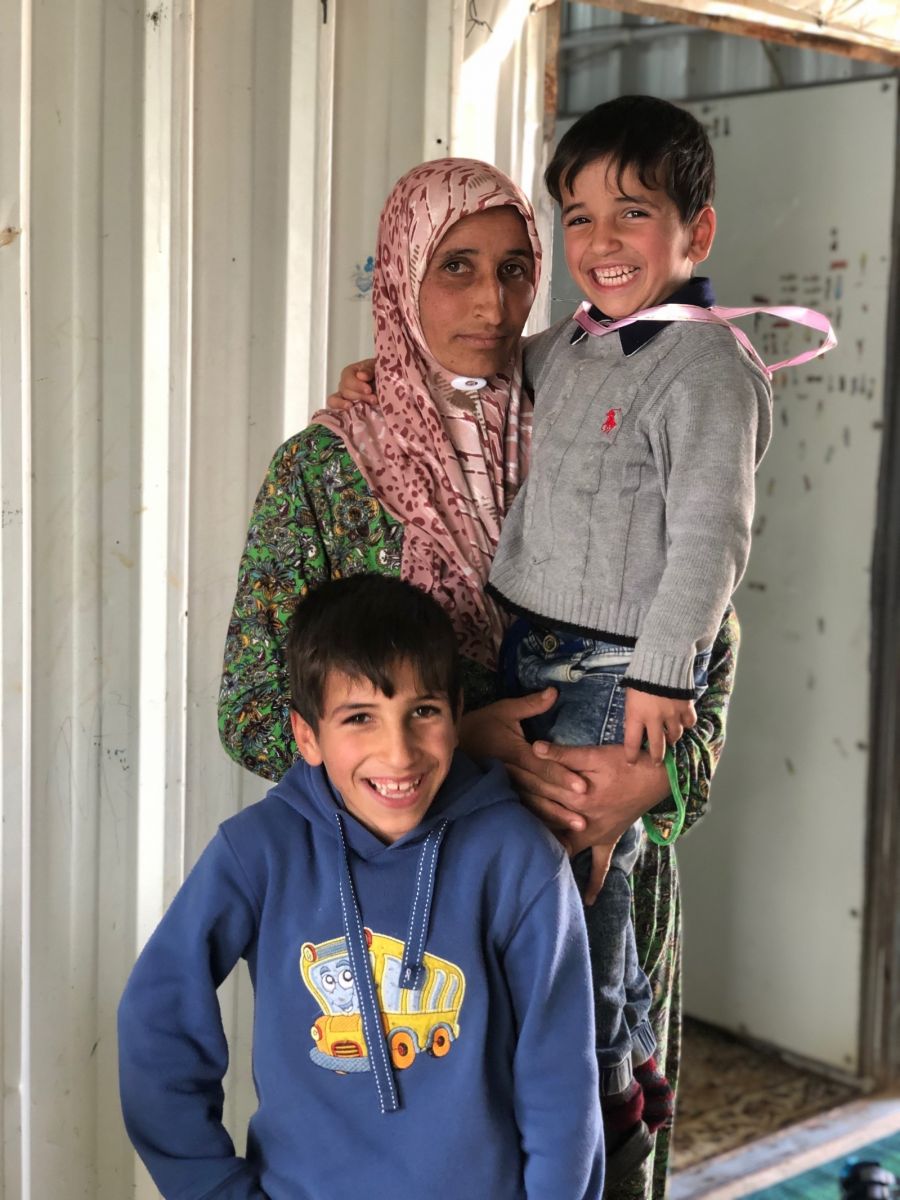 “What pains me the most is my youngest son. He was born here and knows nothing outside of this camp...” – Aysha Mousa
Photo Credits: Sara Rashdan 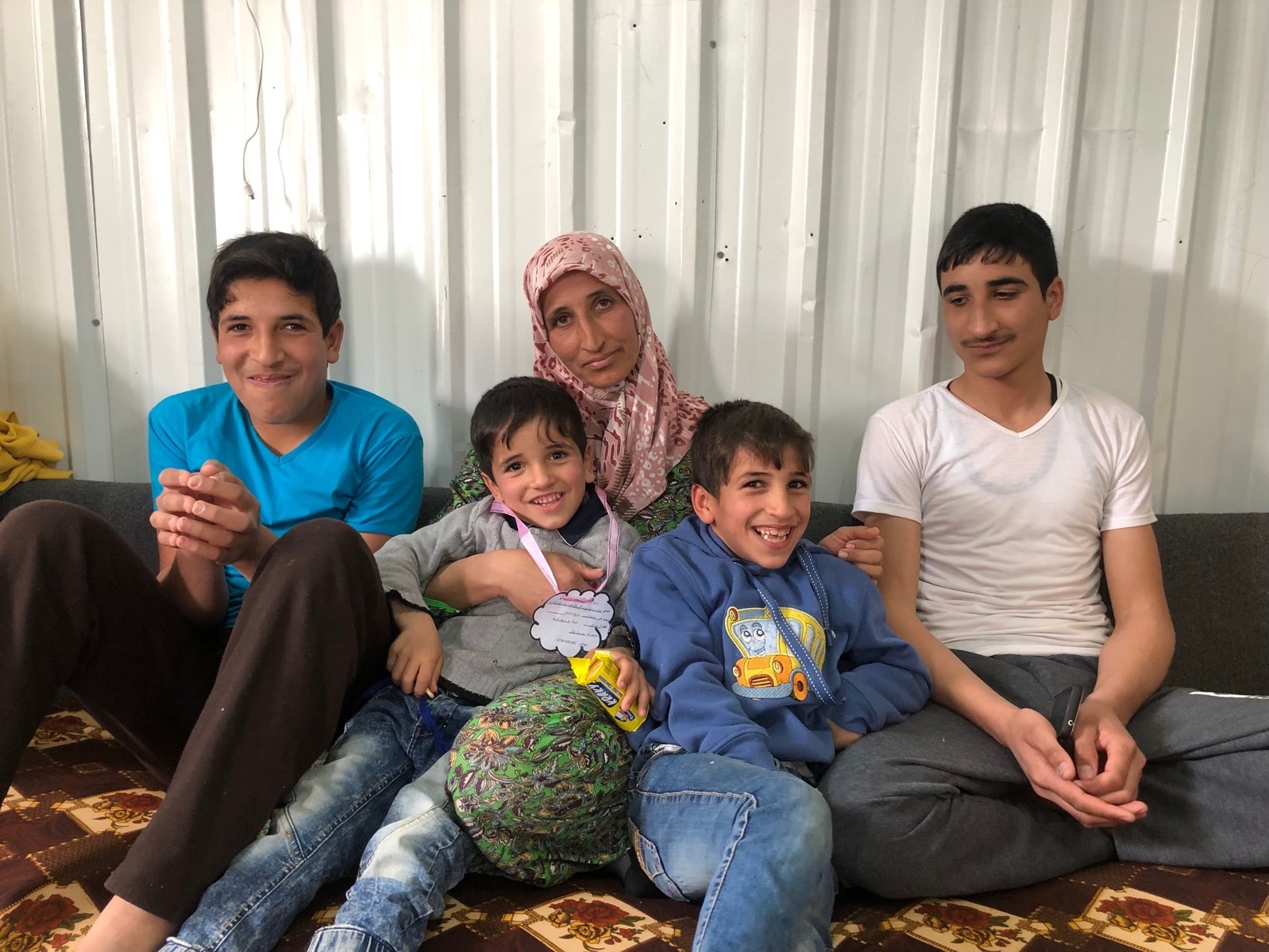 “I want to show [my youngest son] the houses, the spring, and the different animals. I’m sure he would be very happy to see flowers and play in the grass.”
Photo Credits: Sara Rashdan

For more on CARE's work in Jordan, Read here.