Filling in the Blanks

By Liza Ayesh, CARE in the Occupied Palestinian Territory

This is not a story of a one-man show facing the world, the all hail Caesar type. This story is unlike in fiction with having to go through a stereotypical plot of transition from a protagonist to hero/heroine. I wouldn’t say this is a sad story either. This is simply a story of an empty jar that is NO longer empty.

It is one of the luckiest jars in the world that at young age of two weeks it gets to travel a lot. Fortunately, its metamorphosis (not into a bug though!) from the most common state of inadequacy into a mouth-watering strawberry jam, only took around three seconds. Now, this change Is magical; And no, no magical wands were used during the making of this jam (production disclaimer). However, change doesn’t come easy or happen overnight. And this is a story of how this change happened.

Al Jalama Women Group is located in a small town called Al Jalama in the far north of the West Bank, Palestine. This women group consists of around 60 dedicated women with multiple, yet different skill sets. These women have established their small “group” because they all share one common goal: to make a sustainable difference in their family’s life and in their own.

But how did it all start? After the establishment of the Israeli wall in 2012 many people, especially men, lost their jobs. Om Ahmad (name withheld) said: “My husband and brother used to work beyond the wall. And after the construction of the Israeli wall, they both lost their jobs. And this happened to many families here in Al Jalama and many other adjacent towns. A lot of families lost their sole source of income. We wanted to do something, anything to save our families. At first we started to gather at my place, we started to cook together, drink coffee together and most importantly we started talking to each other. We talked a lot about how we can make a change, and that’s how the idea of establishing our women group started”. Om Ahmad and many women of Al Jalama town shared the same vision to improve their economic situation. CARE’s project provided the women of Al Jalama with two green houses and much needed equipment, such as irrigation nets and compost. In addition, several trainings on financial and technical management took place in order to ensure that these women would soon be able to continue their project independently. Now, the women of Al Jalama plant and sell strawberries, and by the end of each season they turn those into strawberry jams.

Their story is powerful. And their jam is absolutely delicious. But what I personally found astonishing is Om Ahmad’s words: “During the hard times of no or very low income, my husband wanted to get our daughter Yasmine out of school, simply because we couldn’t afford it. But I said no, and that was probably the first time I said no to my husband. I said no and my no was firm and I was firm about it. I said I will pay for her school. And I did”. Yasmine is now in the ninth grade, and she is one of the top students in her class. These words are even more inspiring than the delicious jam Om Ahmad and her friends make.

In the world of NGOs, often times we get lost in measuring indicators and in endless discussions on what is more important, economic empowerment or political development for women. We forget the most important impact in which we contribute: the psychological strength one might obtain from a simple experience. Om Ahmad said no, and a NO with confidence is what makes a difference in life.  Her “firm” no ensured Yasmine will receive proper education and it changed her life. Om Ahmad is a decision maker in her own home and this goes for all the women in Al Jalama Women Group. This confidence can never be monitored, evaluated nor measured. It can only be felt and seen in the eyes of strong women.

As mentioned earlier, this is a story of a jar that refused to be empty. A jar perhaps filled with love, hope, resilience, strength, you name it! 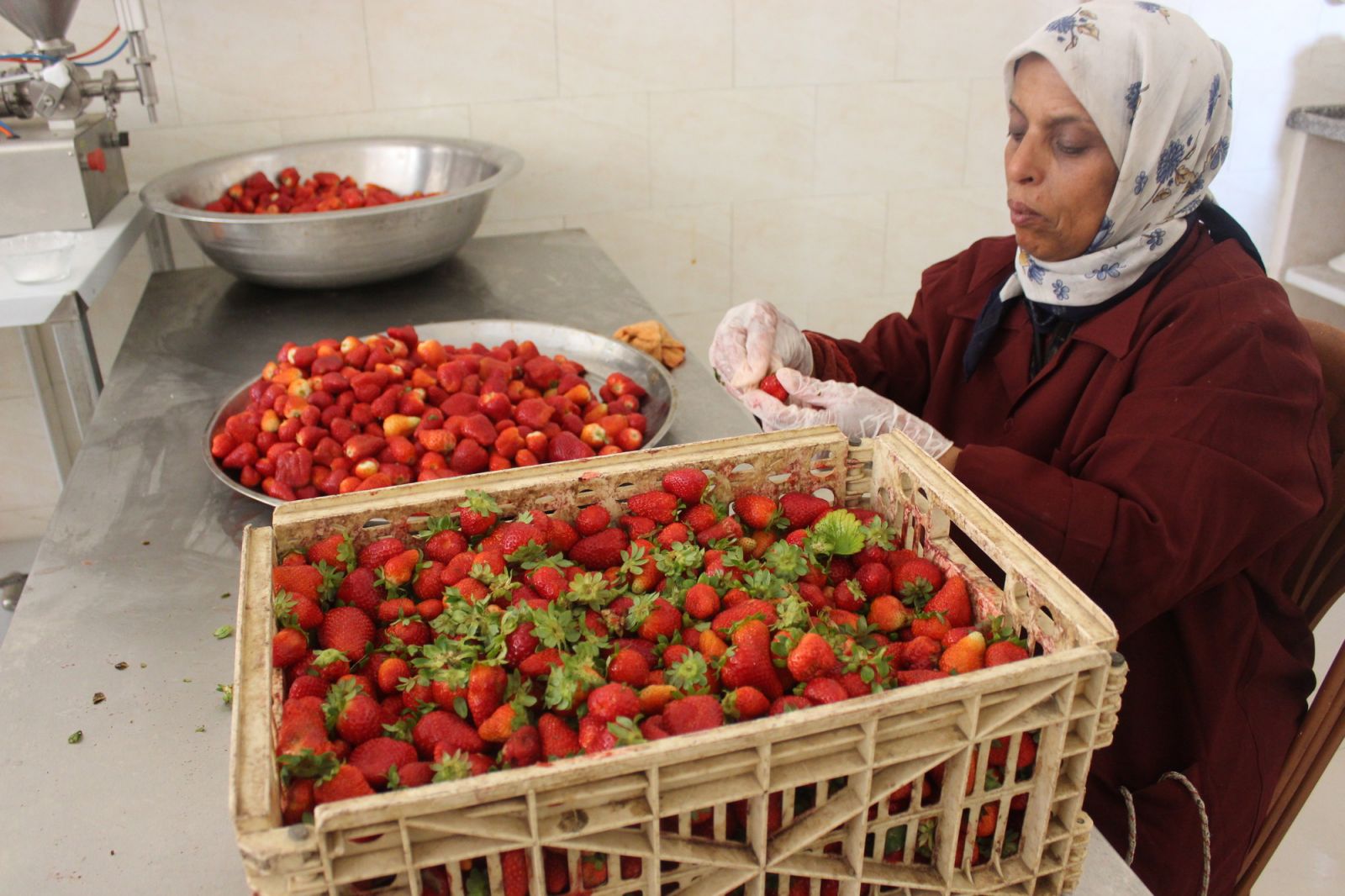 Ibtesam is one of the members in a cooperative called: “Bent  Areef  Cooperative Society for Food  Processing”, located in Bait Lahia – North of Gaza Strip. This cooperative worked with CARE under the project “Rehabilitating and Strengthening Farmers Livelihood and Food Security in Gaza.” The project focused on the agriculture/agribusiness sector in Gaza aiming to ensure that small-scale farmers in Gaza recover and improve their income through increasing the production capacity.

Learn more about CARE's work in the West Bank and Gaza.