Day 5 in a Coronavirus Country Germany 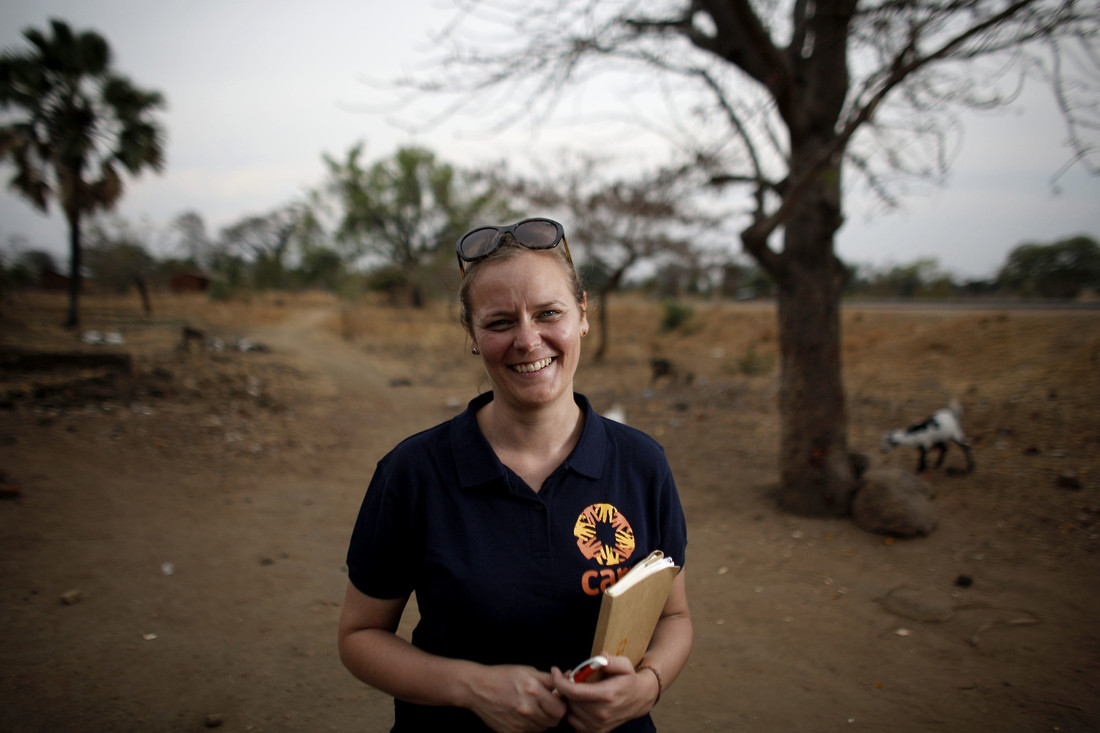 The virus crept up on me slowly. As an advocate for CARE, I focus on the humanitarian crises around the globe, and I followed the coronavirus news only marginally in the beginning. At most, I read the headlines on the situation in other countries. Iraq, Syria and Yemen were simply closer to me (and I know how odd this may sound to some). But slowly, the corona virus has quietly crept through my backdoor and is now standing in my living room like a big wardrobe I cannot walk around.

All of a sudden, we are all a bit more equal. For the first time, Germany has gotten to know what it feels like when one’s personal life must be massively restricted. As German citizens, who were warmly welcomed nearly everywhere around the world, with our (unfairly) powerful red passports, are now the area at risk. Every one of us – to make this very clear – is a potential virus spreader. That is why borders have been closed to German citizens everywhere in the world.

Since Monday, I’ve been working from home. Other than a few restrictions, my work continues as usual, despite taking place in my living room. As an international organization, we were already rather digitalized before the Corona outbreak. However, for days there has been a running-joke among colleagues, that we have expected more zombies and less phone conferences in the apocalypse. Suddenly our contact with colleagues, whether in Germany or abroad, shifts to digital platforms.

The idea of becoming “more equal” is also happening after work: For the first time ever, I don’t finish my working day by meeting my friends in one of Berlin’s many bars or cafés. I am sitting at home, just like my colleagues in crisis regions, who cannot leave their compound due to the often tense security situation. Now we are all equal, whether in Iraq, Nigeria, Yemen or Berlin: it’s hibernation for all. My colleague in Yemen is still getting used to the new situation: It’s not the frequent air strikes that force him to stay indoors, but instead, a virus. That is something new. Nevertheless, the airstrikes continue, just to be clear.

At the same time, CARE prepares for the first confirmed case in a context that is poorly prepared for COVID-19: a war zone, a refugee camp or a slum somewhere in the world. But how can you be prepared for a crisis when the population’s situation and the public health infrastructure make it nearly impossible to protect yourself? How can refugees wash their hands in a camp in Iraq without water supply? How can one carry out social-distancing in an overcrowded camp in Gaza? How can you guarantee isolation in a hospital in Northern Syria where most hospitals cannot operate anymore due to airstrikes and lack of resources?

In addition, there are the severe side-effects of isolation we need to prepare for: domestic violence, which is a huge problem in crisis contexts anyway, will exponentially rise in quarantine situations.

From previous health crises we know that women and girls are particularly affected in many ways, including education, because they are the first ones to be taken out of school. They face hunger because they often give the bulk of the existing food to their families. Healthcare is often not adapted to their specific needs. Not to mention that also during this corona-epidemic, women are still giving birth to children.

In light of the solidarity that our chancellor Angela Merkel has called for in Germany, we must as a result also show international solidarity and act quickly and consistently. We must provide targeted support for these people who are already living in a state of emergency in crisis and conflict areas around the world. This must clearly go further than what is already being done in order to prevent worse.

CARE will do its part and will support people in preventing the spread of the virus, e.g. with functioning water and sewage infrastructure in camps. And we will ensure they are better informed about the situation, so they can protect themselves from the virus as well as possible.

As we have learned in Germany: The fewer people get infected, the better the effects of the virus can be controlled. If the spread is inevitable, CARE will still do its best to reduce the impact on the most vulnerable – everywhere around the globe.

Just because we are directly affected this time, does not mean we can forget or ignore the people we usually hear in the news about. We are all one now.