Cyclone Winston: A reminder the poor pay the price for climate-change inaction

As we mark six months since Cyclone Winston devastated Fiji, CARE Australia’s Emergency Response Manager Adam Poulter reflects on the pattern of severe storms that is becoming the new normal.

We have crossed the threshold. Gone are the days when catastrophic cyclones were a once in a lifetime event.

A couple of years ago it would have been inconceivable to have multiple category-five mega-storms hitting Australia’s neighbours in so short a time. But that is today’s reality. 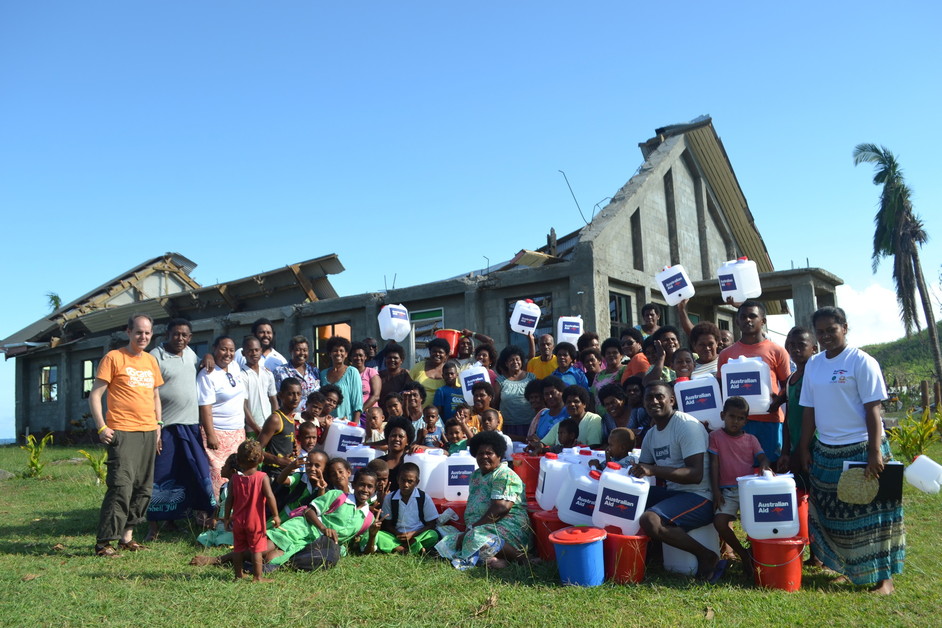 In just the last three years we’ve seen three of the biggest storms ever recorded – all in the Pacific.

When Typhoon Haiyan struck the Philippines in 2013, it was unprecedented. We had never seen 300km/h winds and the damage they could inflict. Homes were destroyed, whole communities devastated.

The recovery effort was huge. CARE helped people mend their homes and we provided advice on how people could build safer homes that were better able to stand up to storms.

Afterwards, we all breathed a sigh of relief. Well, we thought, we won’t see one of these again for another five-to-ten years. Then, just over a year later, Cyclone Pam struck Vanuatu. It was the biggest storm the country had ever seen.

As the recovery process got underway, again we breathed a sigh of relief. That’s a one-in-twenty-year event. We won’t see another one like that in a while, we said, not in the Pacific anyway.

Then Cyclone Winston ripped across Fiji. It was the biggest storm ever recorded in the Southern Hemisphere.

Fiji is a robust country with a centralised, well-organised government. People were evacuated and, thanks to an investment in disaster preparation, the number of casualties was relatively low. But the long-term impact is more complex.

The trouble is these disasters are smashing people’s homes and their livelihoods – the way they make a living. And the storms are destroying the vital infrastructure of countries. If you take the case of one island alone in Vanuatu – Tanna – Cyclone Pam cut gross domestic product by 50 per cent.

While the ‘debate’ around climate change continues, it is the world’s poor who are paying the price.

But there is some positive news: the number of people being killed by disasters is falling. And there is a clear reason for this: preparation.

In places like Vanuatu and Fiji where we work with partners Live and Learn, we are helping remote communities gain better access to cyclone warning systems. We have been working with telecom providers to disseminate warning messages to the ever-expanding mobile phone network, and working with communities to build safe community structures which are more robust in the face of storms. Crucially, we have been training men and women to lead disaster preparedness teams, called Community Disaster Committees (CDC).

In Vanuatu, once the CDC knew Cyclone Pam was near, they started the evacuation procedure, using the megaphone provided by CARE, to announce the imminent arrival of the cyclone. Using CARE’s cyclone map and listening to warnings via radio, the team advised everyone to prepare their houses and to be ready to move to an evacuation centre. Immediately people started preparing: cutting down branches near their homes, fastening roofs, pulling fishing boats out of the water, and gathering essential supplies.

The CDCs were successful: there were no deaths reported in the many villages where CARE has been working.

In today’s reality, preparedness is more important than ever.