It’s seven in the morning and Pariang Hospital situated in Ruweng State, South Sudan, is already bristling with activity. At this early hour, the consultation room is full with patients and guardians waiting for their turn to see the hospital’s doctor.

Among them is 17-year-old Nyaror Lang, a teenage mother from a small village in Alilang Boma. Nyaror was the first person to arrive at the CARE supported hospital having walked two hours from her village. Cuddled in her arms is her four-month-old son, Mathiang. He looks extremely ill and has a swollen belly. 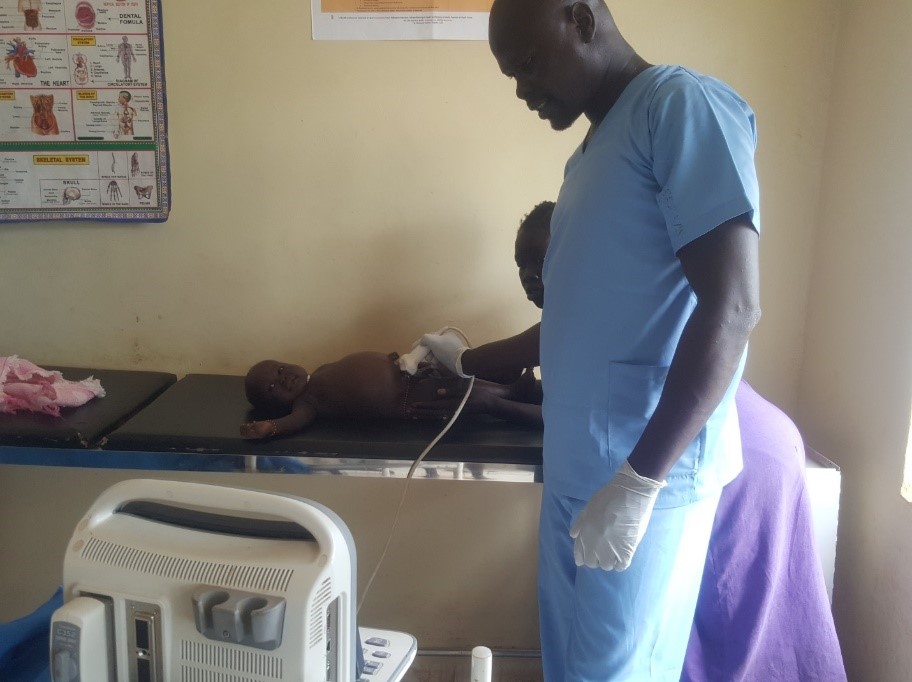 Dr. Justin conducting an ultrasound scan on Mathiang to establish reasons for his swelling stomach © CARE

“I am worried because he didn’t go to the toilet for four days,” says Nyaror, who is accompanied to the hospital by her husband, Tong Mayiik. “That’s why I brought him here for the doctor to examine him.”The medical staff did an ultrasound scan on the child and diagnosed an intussusception, which is a medical condition where a part of the intestine folds into the section next to it.

“The folded intestine was blocking milk from passing through every time the child was breastfed, which caused his stomach to swell,” says Dr. Joseph Justin, the In-charge at Pariang Hospital. “We had never dealt with such as case before but we knew we had the technical skills so we took him straight for surgery.”

Before the operation, the medical staff had a counselling session with Mathieng’s parents. This included psychosocial support and insights on the benefits and possible outcomes of the operation.

“We were glad that the parents’ concern was to see their child saved. They were also agreeable to our suggestions for an emergency operation and signed the consent form for us to start the operation,” says Dr. Justin.

Mathieng’s father also agreed to donate blood for his son’s transfusion during the operation. After a grueling one-hour operation led by Dr. Justin with support from three of his staff members, the operation was successfully completed. 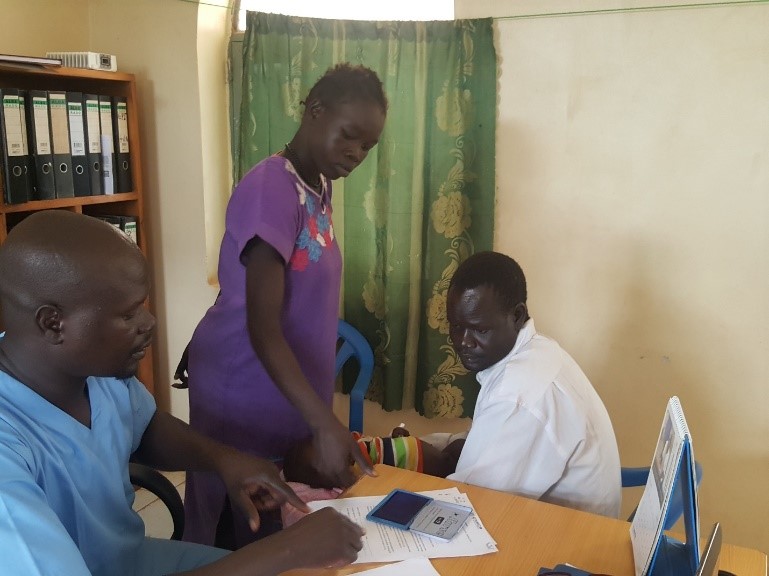 CARE, with funding from UNHCR supported the establishment of the operation theatre in 2014. So far, Dr. Joseph and his colleagues have carried out more than 1,000 operations, which include obstetrical, gynecological and surgical operations for beneficiaries from host community and refugees from Yida, Ajoung Thok and Pamir.

And Nyiror is  happy with  the services being offered at the hospital, “I am thankful to medical team and CARE for saving  my son’s life,” says Nyaror. “If it wasn’t for the doctors here at the hospital, I could have lost my child.”