As flood threat continues in Malawi, women and girls face risk of abuse in camps

After a three-week dry spell, the heavens opened up with a steady drizzle at Mary’s home in the Nsanje district of southern Malawi. Mary, 18, knelt down in prayer, thanking her gods for the rains that were so desperately needed to save her drought-stricken sorghum crops. Then the drizzle turned into a heavy thunderstorm, with high winds. Soon her happiness had turned to fear. Her village lies in the fertile lowlands and is prone to flooding.

“I went outside and saw my neighbours carrying all they could and running upland,” she says. “I went inside the house and grabbed my child and a blanket and followed my neighbours.”

When Mary reached the river that separates her community and the uplands, it was full. She had to jump into a canoe to take her to the other side. When she reached the uplands, she couldn’t believe her eyes. Her whole village was submerged and the crops were being swept away by raging floods.

Mary travelled for about three hours to reach a Bitilinyu camp, about 20 kilometres from her village, where many people from her community and surrounding areas were seeking refugee from the floods.

“When I arrived, the placed was so full,” she said. “We didn’t have a place to sleep so we just sat under the open shelter, which became our home for a week.”

Eventually she was allocated a tent, which she shares with three other families. “I now had a place to sleep but didn’t have food. My child was always crying with hunger. My other colleagues were facing the same problem. We didn’t have anything to eat,” she says.

As the flooding situation worsened, humanitarian groups and the government arrived with food aid. But she and other displaced people need more.

“What we got barely lasted a week,” she says. “We also don’t have enough toilets, so many women resort to the bush where they face risk of being abused.” 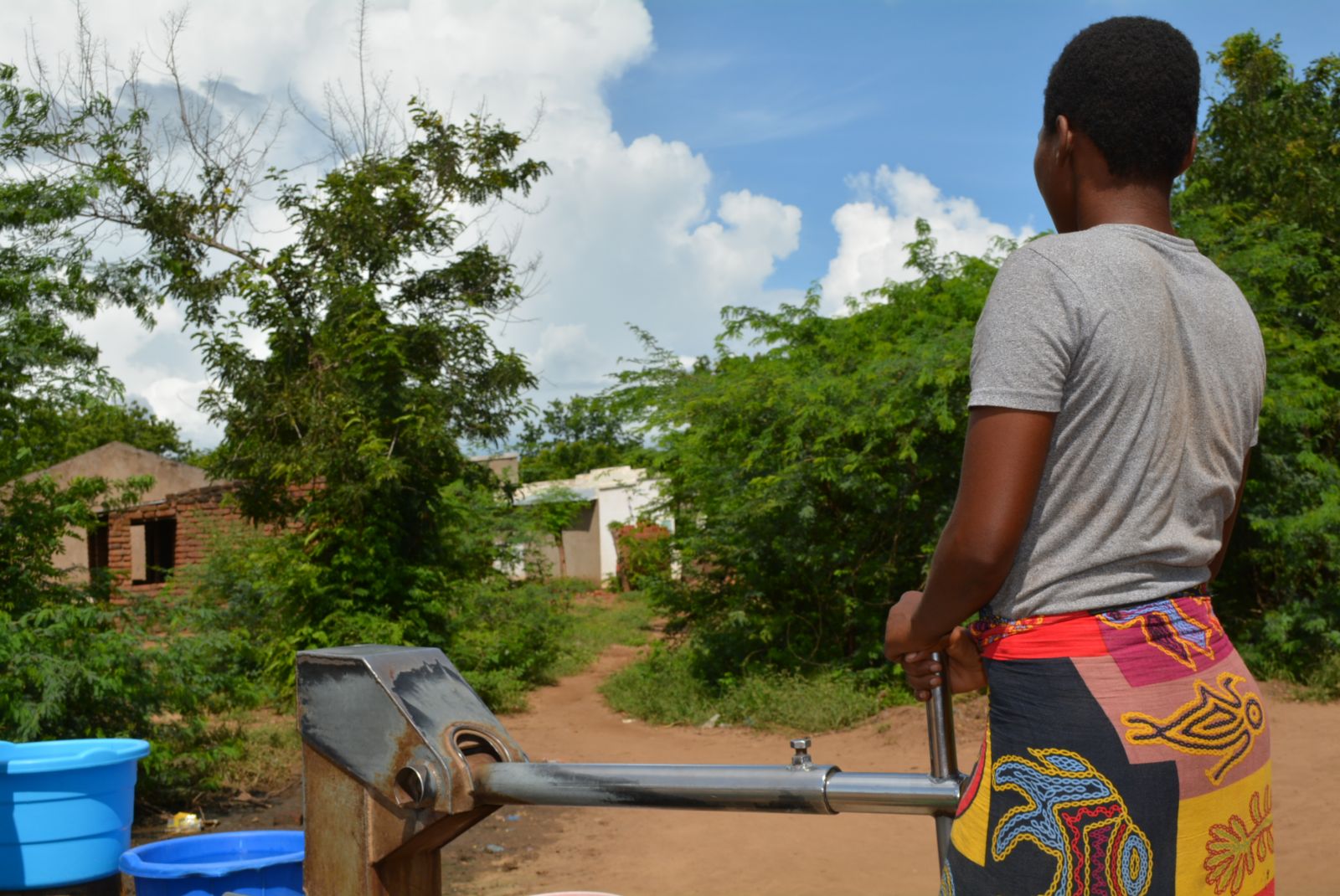 Mary* (not real name) escaped from floods in her village to seek refuge in a camp 20 kilometres from her village. Life in the camp hasn’t been easy. “I am always afraid to go to sleep,” she says. “Our tents don’t have doors so it’s easy for someone to just slip in and abuse you.” ©Joseph Scott/CARE

Mary says, as a single mother, life in the camp has been difficult. Many young men have been hounding her for sexual favours in exchange of food. She says the advances have been increasing every day and now she fears that she may become a target of sexual abuse.

“I am always afraid to go to sleep,” she says. “Our tents don’t have doors so it’s easy for someone to just slip in and abuse you.”

In response, CARE is racing to establish protection committees here and in six other displacement camps in Nsanje.

“CARE takes seriously issues of protection especially in such an emergency where women and girls are vulnerable,” says Hodges Zakariya, Gender and Protection Officer for CARE in Nsanje. “We are working with the social welfare department and other agencies to make sure that every activity must have a session on raising awareness on gender-based violence.”

CARE has been actively involved in several aspects of the humanitarian response since the floods hit the lowlands of Nsanje two weeks ago. CARE has distributed plastic sheeting for roofing temporary shelters, water and sanitation items such as water buckets and chlorine for water purification to more than 1,500 households in Bitilinyu camp.

But it’s the protection committees that will play a most critical role for vulnerable women such as Mary. Already, they are leading sessions in the camps, telling people to be aware of sexual abuse risks, human and child rights, and how to report sexual exploitation and harassment. They are setting up formal complaint and response mechanisms in all the camps as well. So far, while the committees have had some sexual harassment complaints, there have been no sexual violence cases reported in the camps.

Zakariya said it will take continued vigilance to assure that statistic doesn’t change. “The protection committees are doing a good job in the camp,” she says. “But I fear much the men who live in surrounding villages who are always loitering in the camp.”