Cyclone Kenneth made landfall in the northern province of Cabo Delgado on 25 April, just six weeks after Cyclone Idai ripped into central Mozambique.

CARE is assisting cyclone affected communities in the northern province of Cabo Delgado. To date, CARE has reached nearly 6,000 people with hygiene kits. In the immediate aftermath of Kenneth, CARE has prioritised women and girls in their response by distributing hygiene kits such as soap and water buckets, sanitary napkins specifically to address the challenges faced during menstruation and toothbrushes.

Here are 4 human-interest stories marking 6 months since the devastating of Cyclone Kenneth. 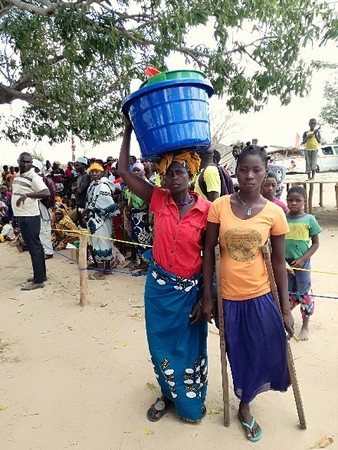 44-year-old Viagen Ambasse, resident in Nacoja Community in Bilibiza Administrative Post in Quissanga district, in Cabo Delgado province.  Viagen is a single mother and has seven children including four boys and three girls. The first born is called Muanacha following the other 6 brothers and sisters: Bachir, Delfina, Aua, Muanacha who is the older sister's namesake.

“I live with my seven children. I am in a dreadful situation because I lost my belongings including the destruction of the house due to the cyclone Kenneth that affected me on 25 April 2019. It is the first time in Viagem´s life that witnessed the worst disaster.”, said Viagen.

"One of the burdens is that I am handicapped in my left leg and not only that but I also live with my daughter named Aua Benjamin, 17 years old, also disabled in her right leg. She was mutilated and she walks with a crutch. She is a grade 4 student at the Primary School of Nacoja."

“Thanks so much for the support I received from the CARE project, because my life will change. Before I used crock pots to keep water. Now that I got the buckets I feel that my life has improved, not only the soaps, Colgate, toothbrushes, pads, all this is for personal hygiene and other materials that are also very important for use,” said Viagen.

Muaija Ernesto, resident in the village called Merussa, single, 24 years old, mother of four children including three boys and one girl. The first born is called Pedro Maulana and the other three brothers who are: Viagem Maulana, Bio Maulana and Ali Maulana.

“I got divorced from my husband when I was one month pregnant with my youngest son Ali, and now he is six months old”, Muaija said.

“I live with my 4 children and two brothers of mine, without a husband and surviving on agricultural basis,” she added.

“Thanks a lot to CARE for the support I received, I already have buckets to better preserve water with lid, the basin will serve for clothes, soap, Colgate and toothbrushes, torches, fabric and many other materials that will help,” thanked Muaija. 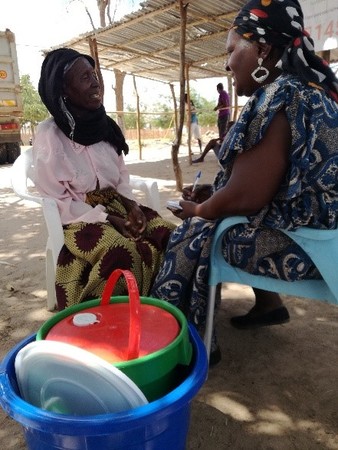 “I live alone, I have no children, my situation is complicated and I have to carry water on my own. I survive through a small portion of land where I have my farm, from the little I harvest I try to support myself.”

“The cyclone affected me and left me without a field. So I am limited because if I had children or a husband, they would help me start a new farm,” said Ncamo.

"However, I want to thank CARE, the organization that supported me on materials such as buckets, basins, fabric, lantern, Colgate, toothbrushes and other stuff." 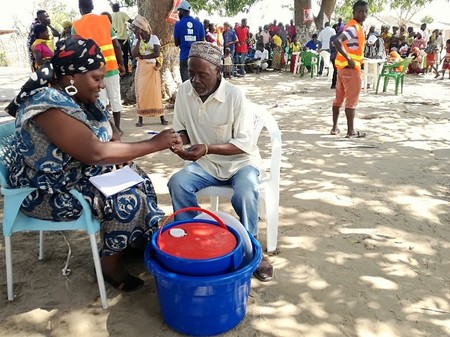 Abdala Rudual, aged 70, widower for three years living in Maringue Community, lives in a family affected by the cyclone Kenneth, which occurred on 24 April, 2019. “I live in a roofless house with some walls destroyed by the cyclone,” said Abdala.

“I have three children, 2 men and 1 woman, all aged, I live alone without a woman, but I am negotiating with a lady to get together so I will have company and she’ll help me deal with other chores like fetching water, cooking, washing clothes and more.”

“I received some materials today. I already have buckets to keep water, basins, Colgate, toothbrush, and soap. Now there is no reason to move around dirty. I am happy, but very happy, I am speechless,” thanked the very contented Abdala with a trembling voice.