17 years old, Yara, is a lesson in determination from North-West Syria 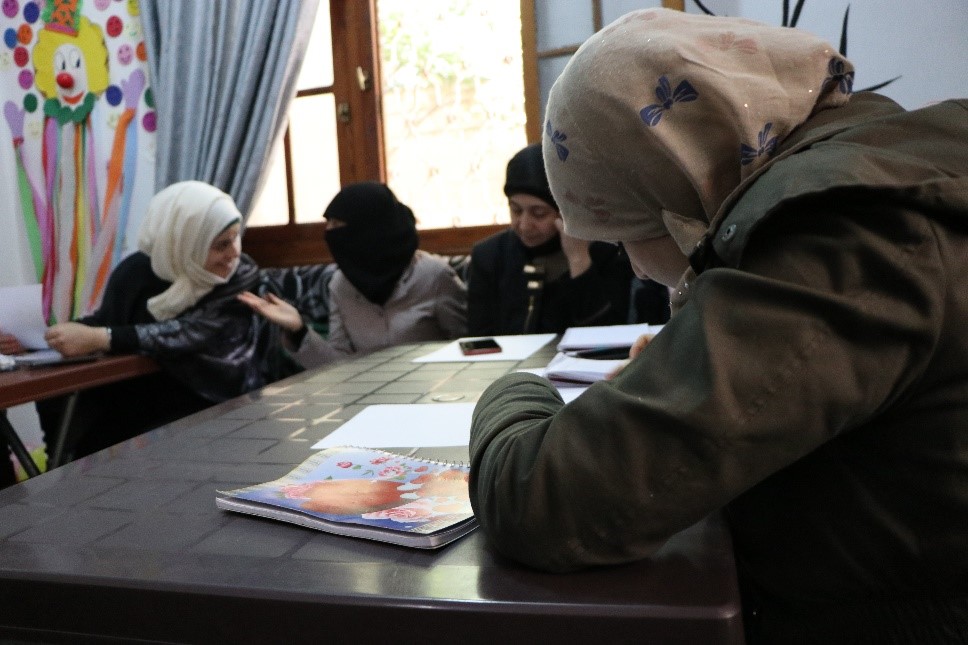 Yara* is a 17-year-old girl, originally from Deir Ezzor, in eastern Syria. Before the war, Yara and her family led a simple, peaceful life. She attended the primary school that was close to their house and describes those years as the best times of her childhood. Life was simple before the war. Yara had everything a little girl needed to flourish, but when the war started, her life changed forever.

“Everything started when I was 9 years old. After starting secondary school, life became more complicated. My father had to drive all the way to a city nearby so that I could continue studying. There were no secondary schools close to our house.  It wasn’t easy, but I was happy we had found a way. A few days later, my school was hit by an airstrike.”

The war did not only take away Yara’s school, but everything else that she loved: her home, the feeling of safety and worst of all, her older brother.

“I grieved my loss for years and, at the same time, I was afraid for my life. The aerial bombardment was increasing and, all of a sudden, we found ourselves on the road, in a state of constant fear and distress.”

“It seemed impossible to escape the war. There were many families on the move and I remember having to walk in the desert for four days. We thought we would never reach our destination. We thought we were lost in the desert, until we reached a checkpoint. The checkpoint was controlled by one armed group, that was in conflict with a second, that controlled the area from which we fled. They immediately accused us of being affiliated to their rivals. We had to explain many times that we were displaced civilians in search of safety. We were exhausted. In the end, we had to pay money to be allowed go through the checkpoint.

Our journey continued and we had to pass several other checkpoints. We were subjected to interrogation after interrogation. “Where are you from? Why did you come here? Tell us the truth! We don’t believe you!”  Over and over again, we would say that we were displaced, that we left our home out of fear and that many people had lost their lives due to the violence in our area.

Armed men at the checkpoint took my father and uncle. I remember that children were crying and women were begging for their husbands to be released, but they interrogated everyone, including myself and even children. My father was worried that they would conscript his children to become fighters, but we thankfully we managed to leave. I have so many stories from checkpoints.”

Yara and her family were displaced multiple times, before finally reaching their final destination in a city in northern Idlib Governorate.

“The moment we arrived, I had to have another fight. I had to fight for my right to education.”

Yara started trying to lead a normal life again. She started reading the Quran, she made new friends and started thinking about going back to school. But her parents, especially her father, were against the idea of a girl going to school.

“The prevailing idea in my family was that women and girls belong in the household. Studying is not for women. They used to tell me that going to school at times like these is dangerous because of the war. They argued that studying is useless for girls. ‘If men cannot use their education to find work, what can a girl do? It is a waste of time’. I tried to change their mind, but I did not succeed.”

This is when Yara heard about the Women's Creativity Center, run by Ihsan Relief and Development, in partnership with CARE International.

“In the center, I learned about self-esteem, persuasion skills and being assertive. It was exactly what I needed. I used everything I learned to convince my parents to go back to school.”

“It took months, but I am now back at school and I feel more empowered than ever. I want to become a lawyer, like my father, to bring justice to the oppressed. This has been my dream, since I was a little girl.”

“For a long time, the realities of war, along with our culture and traditions have deprived me of my right to education. I want to tell girls around the world to never give up and to fight for this right, because this is our future. I hope that safety and peace will return to Syria and that people will be able to return to their homes. I know what it means to be displaced. It is really cruel, but we can never give up!”