Youth to US Climate Summit: Leaders must look in the face of someone who has just lost their home 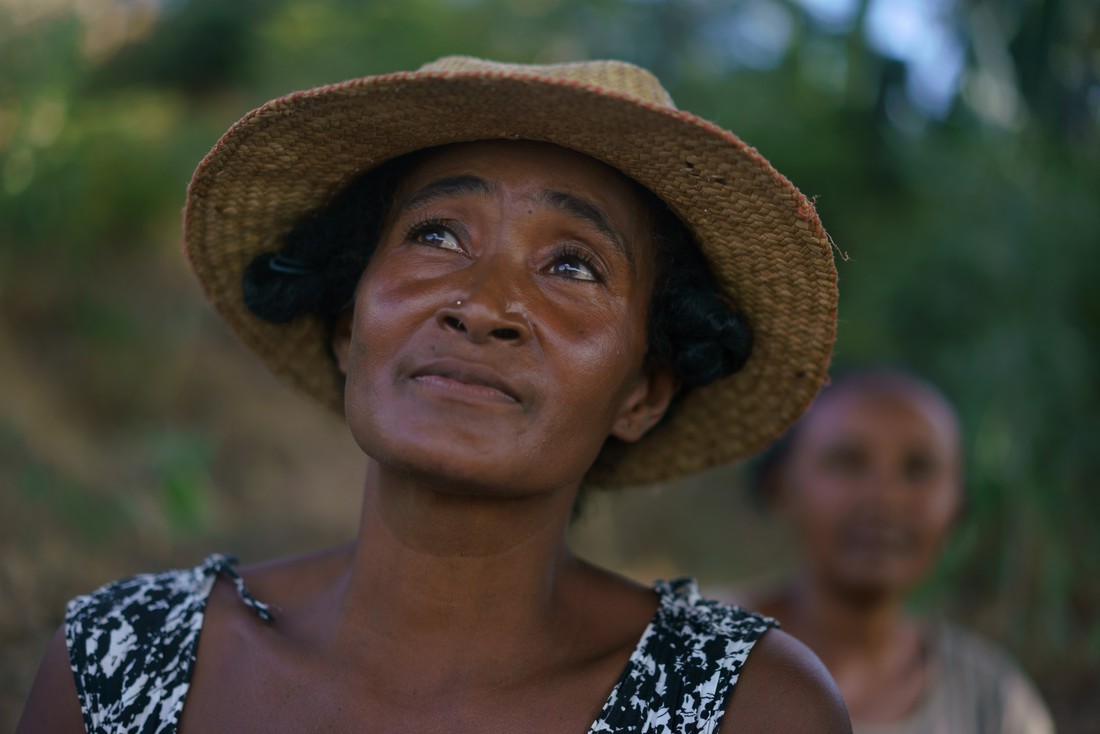 Photo: Zemey Vamaniutra is a member of a Farmer Field group in Southern Madagascar. Teaching modern agricultural techniques to help people survive the effects of the El Nino weather phenomenon

20 April, 2021 – This Earth Day, CARE International asks that leaders gathering for US President Biden’s Leaders’ Summit on Climate acknowledge the ongoing suffering caused by climate change, and act immediately to deliver the increased financial commitments and emissions cuts necessary to lead us to climate justice.

Dircia Sarmento Belo, a youth leader from Timor-Leste with the Timorese Youths Initiative For Development, and profiled by CARE as part of a Young Climate Leaders series to mark Earth Day, said:

“We all deserve a healthy environment to live regardless our race, nationality, ages or gender. This is the basic right of a human. During my childhood in Timor-Leste my happiness was being able to go to the river to swim and fish, or to the paddy fields to catch catfish, crabs and shrimp. But this is something that we are no longer doing because the river has vanished, the water has dried up and it’s challenging for us to predict the weather for agricultural purposes. Two weeks ago, my country was hit with lethal floods and landslides and it was a calamity. Look in the face of someone who has just lost their home, then from their eyes you will understand suffering. This is the task of a leader.”

Heavy rainfall caused by tropical cyclone Seroja in meant that Timor-Leste saw its worst flooding in 40 years in early April. At least 45 people died, with government figures saying that approximately 25,000 households have been effected.

Michelle Nunn, President and CEO of CARE US, said:

“The Leaders’ Summit on Climate is a vital opportunity for global leadership to take the action needed to curb climate change and the recent influx of climate emergencies. Never has this issue been more urgent. With COVID-19 as a compounding factor, it is estimated that climate change will push 132 million more people into poverty by 2030. The unjust irony is that those who did the least to cause environmental damage are those who suffer the most, particularly women and young people in the low-income nations. As we look forward to the G7 and COP26 summits, CARE USA is hopeful that the US and member nations will continue to cut their climate pollution and uphold the Paris Agreement accords.”

A recent UN report shows that the combined impact of new and updated country-based climate targets, or Nationally Determined Contributions, will only cut emissions by 0.5-1% by 2030 against 2010 levels -- far from the IPCC recommended global emissions cuts of 50% by 2030 to help limit warming to 1.5C.

“The window to cut harmful greenhouse gas emissions at a pace that keeps the Paris Agreement’s 1.5 degrees limit within reach is rapidly closing, but it is still achievable, and CARE welcomes this extraordinary summit hosted by the US. The US and other major emitters must now use 2021 to initiate green and resilient recoveries instead of further fuelling the climate crisis. This summit and subsequent summits such as the G7 and COP26 need to deliver substantial steps forward for emission reductions and finance for vulnerable countries. The most marginalised communities who have contributed least to the problem are already facing the most severe consequences, and wealthy countries are still far from delivering on their promise to support climate adaptation with 50 bn USD annually. A road map to deliver on this commitment must be drawn up as soon as possible.”

Over 40 world leaders have been invited to the virtual summit, marking a key moment in the US’s re-entry into global efforts to combat climate change. The failure of wealthy nations to deliver on financial pledges for vulnerable countries and the inadequacy of current emissions cuts targets will be high on the agenda, with invitees including all major emitters as well as a number of nations on the frontlines of the climate crisis.

The summit is a key step on the path to the UN’s annual Climate Change Conference of Parties, otherwise known as COP26, due to be held in Glasgow this November.