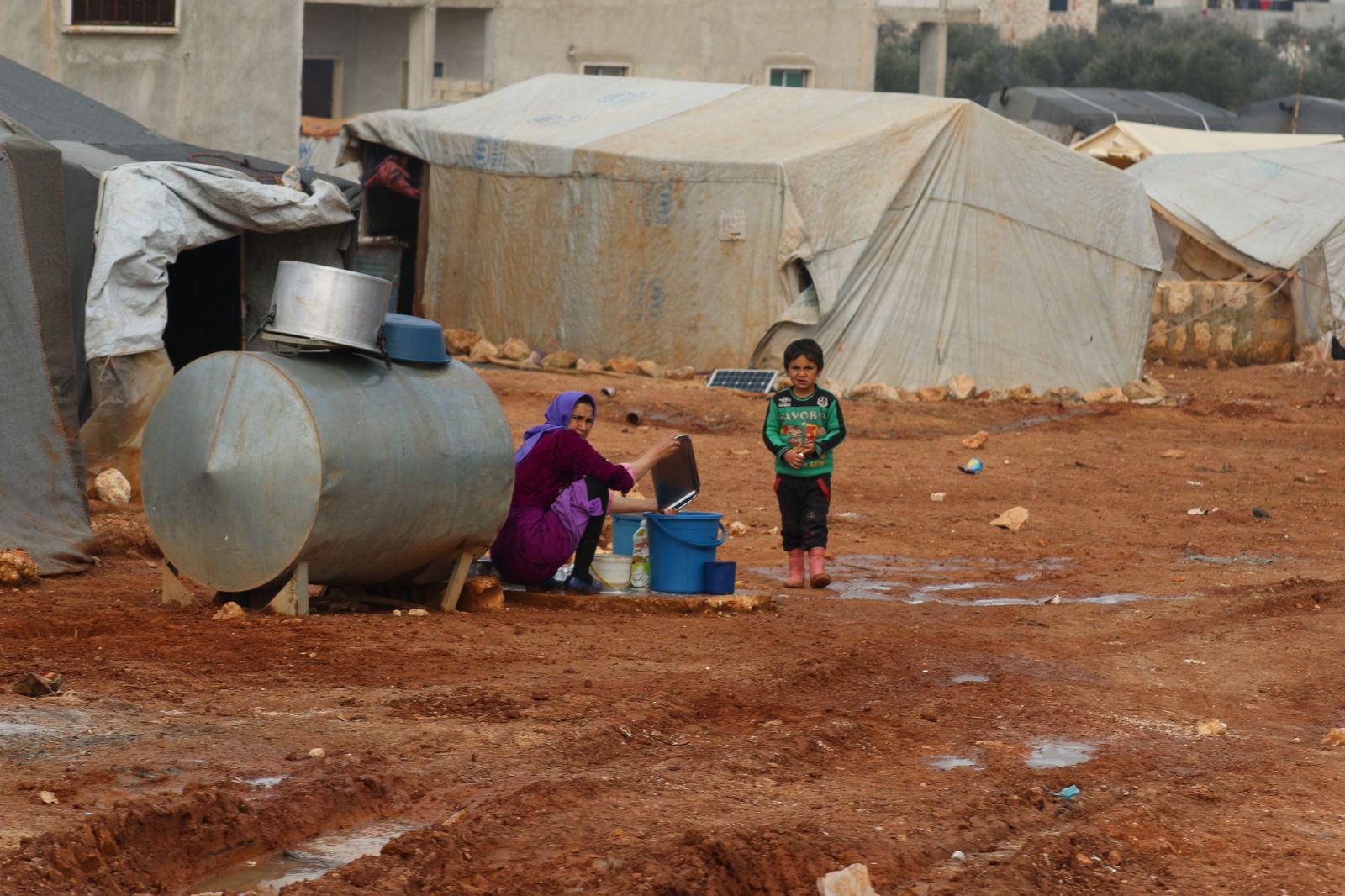 Amman, 13 March 2020 – As the war in Syria enters its tenth year, the regional crisis has reached horrifying new levels. With nearly one million displaced in Northwest Syria, people are living through one of the worst emergencies since the war began in 2011. At least 80 per cent of those displaced are women and children, who are yet again among those who suffer the most. According to a recent CARE report entitled, “Syrian Refugee Women’s Roles”, more Syrian women are increasingly becoming the main source of income in their families. Syrian women, both inside Syria and who are refugees in neighboring countries, have entered the workforce in much larger numbers, and are doing jobs traditionally seen as being only for men.

“The past nine bloody years of war have brought about sweeping and protracted changes in the lives of Syrian people. Many men have been killed, injured, displaced, or even disappeared; families have been separated, forcing women to carry a heavy burden for the sake of their families. The result has been a difficult, but profound and potentially transformative change for women. Syrian women tell us they now have more confidence, decision making authority, and importantly, a voice,” says Nirvana Shawky, Regional Director for CARE in the Middle East and North Africa.

Many Syrian women have been faced with situations in which they need to be the primary breadwinner for their family, on top of their traditional roles of caring for children and managing the household. CARE’s study has found that women are taking on roles they simply did not have before: roughly 72% of respondents of the study in Syria and 83% of women in the refugee study indicated having had at least one new livelihood strategy since the start of the conflict.

As both “the breadwinner” and “mother and father”, many women report having increased power and influence in family decision making, according to CARE’s report, “Syrian Refugee Women’s Roles”. This has also brought about new feelings of empowerment and independence, and has changed some views on marriage and degree of agency they have in making decisions about their relationships. But this dual role also brings stress and exhaustion, as women fulfill both the role of full-time breadwinner, as well as primary caregiver and homemaker. This has compounded the psycho-social stress associated with nine years of conflict and for many, repeated displacement.

“More than ever, it is critical that we provide Syrian women with our collective support, as they overcome severe hardship. Syrian women have shown resilience and a strong willingness and ability to adapt to the realities of their new situation. Their newfound strength, and sense of competency must be recognized and reinforced. They are the key to building a sustainable peace in Syria,” Shawky says.

The unprecedented humanitarian crisis in Northwest Syria, one of the worst in nearly a decade of the conflict, continues to require urgent action. With an estimated 2.8 million in need and some one million people displaced, humanitarian needs in Northwest Syria are overwhelming and relief actors are overstretched. Syrian aid workers, who are the forefront of the response, face immense fatigue as they routinely put their lives on the line to provide aid to people, who desperately need it.

“The urgency of the situation in Northwest Syria demands that the UN Security Council adopts a resolution to protect civilians and humanitarian aid workers. The March 6th ceasefire presents an opportunity to put an end bloodshed in the Northwest that must be taken. The Security Council should act now to safeguard civilian lives, including the lives of aid workers, protect civilian infrastructure, and facilitate humanitarian access. The future of people in Syria is at stake,” adds Shawky.

CARE has been providing aid in Syria since 2014 and has reached more than 5 million people so far. Over the last year, CARE has reached more than 1 million people in Syria, including more than 650,000 women. Together with partners in northwest Syria, CARE is responding to the current intensification of hostilities by providing clean water and sanitation, maternal and reproductive healthcare, and psychosocial support to people affected by the crisis. CARE is also distributing relief supplies, such as food baskets, ready-to-eat rations, hygiene and baby packages, kitchen supplies, mattresses and winter supplies, including blankets and children’s clothing. Throughout this period, CARE has supported evacuation efforts from urban centers being targeted by airstrikes and is also supporting a network of ambulances.

Founded in 1945, CARE is a leading humanitarian organization fighting global poverty and providing lifesaving assistance in emergencies. In 100 countries around the world, CARE places special focus on working alongside poor girls and women because, equipped with the proper resources, they have the power to help lift whole families and entire communities out of poverty. To learn more, visit